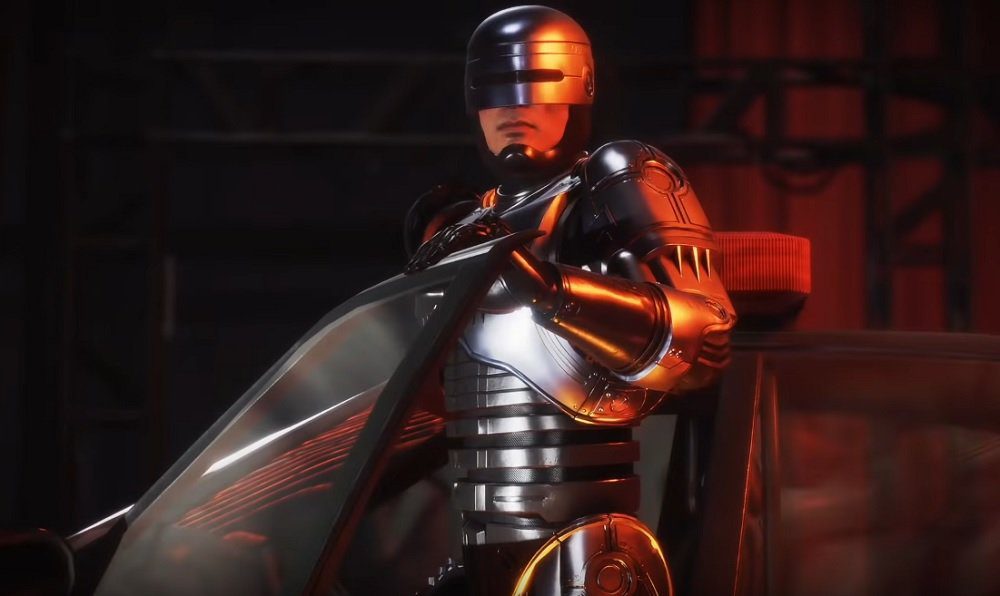 Another day, another brief trailer for Aftermath, the paid DLC expansion for NetherRealm Studios’ violent fighter Mortal Kombat 11. Having already given us a quick look at returning stars Fujin and Sheeva, this new video focuses on MK’s latest guest star, RoboCop.

RoboCop, as movie fans will know, is Detroit police officer Alex Murphy, violently killed in the line of duty by the dad from That ’70s Show. Outfitted with an experimental cybernetic system by maniac capitalist corporation OCP, Murphy returns to the streets as RoboCop: The Future of Law Enforcement. Haunted by shadows of his former life, Murphy – with help from his partner Anne Lewis – is able to regain his humanity, ultimately taking down the fascists who created him for their own avaricious needs.

Then he got a jetpack and things went to shit. But we don’t talk about that.

Mortal Kombat 11: Aftermath, which launches on all platforms tomorrow, includes a five-chapter story epilogue along with three characters and a trio of klassic skins. It is available to pre-order now for $40. A free update, also arriving tomorrow, will add four new stages, along with stage fatalities and Friendships. A roster re-balance has also been mentioned, but there are no patch notes as of yet.