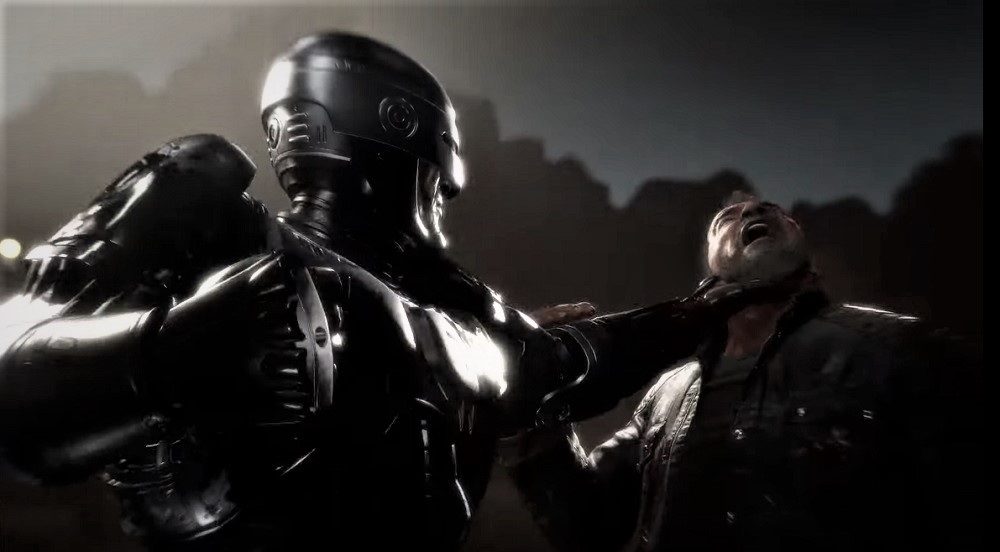 NetherRealm Studios continues to build hype toward Mortal Kombat 11: Aftermath, the paid DLC expansion launching for its gory fighting game next week. This newest trailer is a true clash of titans, as time-hopping cyborg assassin The Terminator takes on The Future of Law Enforcement, RoboCop.

The violent showdown is sure to stoke the nostalgia flames of older fans, who may remember Frank Miller’s classic comic book series and subsequent tie-in video games of the early-’90s. Of course, it’s the new boy who comes out on top in this particular encounter, thanks to a little help from everyone’s favourite model-city ruiner, ED-209.

Mortal Kombat 11: Aftermath launches on all platforms May 26, bringing with it an expanded story mode and three new kombatants: RoboCop, Fujin, and Sheeva. A free update – released the same day for all players – will add three new stages, stage fatalities, and Friendships to the mix.

Finally, at 13:00 PT / 16:00 ET today, NRS will broadcast a socially-distanced edition of its Kombat Kast stream, which will take a closer look at wind god Fujin. More importantly, a “meta-changing” mechanic will be revealed, hopefully one which improves MK 11’s moment-to-moment gameplay. Please do something with Breakway, or Fatal Blow, ah’m beggin’ ya.