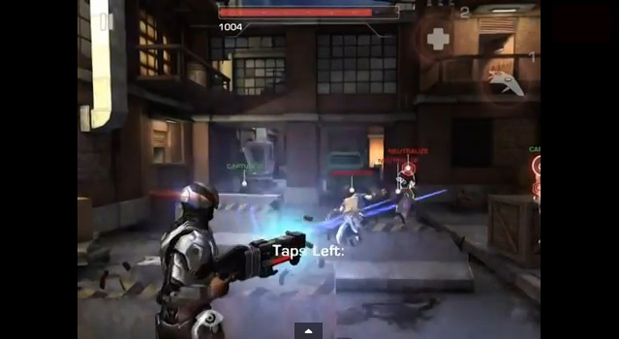 Because licensed games still get made, iOS and Android gamers will be able to download and play the new RoboCop game, based on the remake of the cult classic film.

The game is a free download, and while it doesn’t look too terrible, it doesn’t look very good either. Honestly, I’m surprised it’s not an Xbox Live Arcade or PlayStation Network download, like other licensed shovelware such as the Expendables 2, R.I.P.D., and Pacific Rim games. Still, the fact that it’s free helps that it does resemble the best PS2 game that never was. Well, there was an Xbox game in the UK based on the original property…kind of wish this was that.

So, who’s excited for this one? Yes, that’s a loaded question.