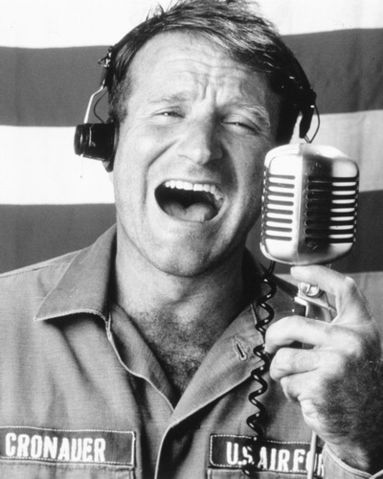 There was a time when Robin Williams was one of the funniest people around, but, as with all great comedians other than George Burns, if they don’t die young they simply start to get old and annoying. Williams is at the “family fun” stage of his career, which appeals to the older generation that grew up with him and now has kids. As such, I’ve lost a lot of respect for him as a comedian. Plus, whenever he’s interviewed he always seems to be doing schtick. It annoys me.

However, in the above interview with Jimmy Fallon, Williams gains back a whole lot of ground by admitting that he named his daughter Zelda after the character of the same name from The Legend of Zelda series. In the brief second that Willams allows Fallon to speak Fallon asks about Williams’ gaming habits (18:11). While his “routine” on ten-year-old boys insulting him in Call of Duty is older than dirt and has been done to death, you have to respect his gaming cred for naming his daughter after a famous game character. I’ve been informed that this may already be common knowledge, but the chance to make fun of Jimmy Fallon and Robin Williams in the same post was something I could not pass up.

While I have your attention, I’ve seen Old Dogs and I’d try to avoid it if you can.

Filed under... #Television#The Legend of Zelda