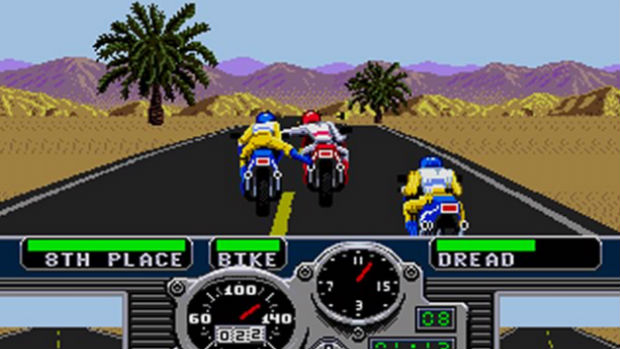 A new entry in the long-absent motorcycle racing series Road Rash could be a possibility if there’s enough demand for it, programmer/co-designer Dan Geisler said on Reddit.

When a post raised the question as to why the series hasn’t been around as of late, Geisler, who worked on the first three Road Rash titles, said: “It hasn’t resurfaced because I was burned out after Road Rash 3. But I’m ready to do another one now. I just needed 20 years off. I’m ready to make a better one now. I miss playing it too. If there is enough interest, I’ll do a KickStarter on it.”

Geisler posted this photo to prove his post’s authenticity, and is currently the president and CEO of 5X Enterprises. He recently left mobile developer Glu Mobile. Road Rash debuted on the Sega Genesis in 1991, and the last entry released on the Game Boy Advance in 2003. Hopefully that means Officer O’Leary is retired.