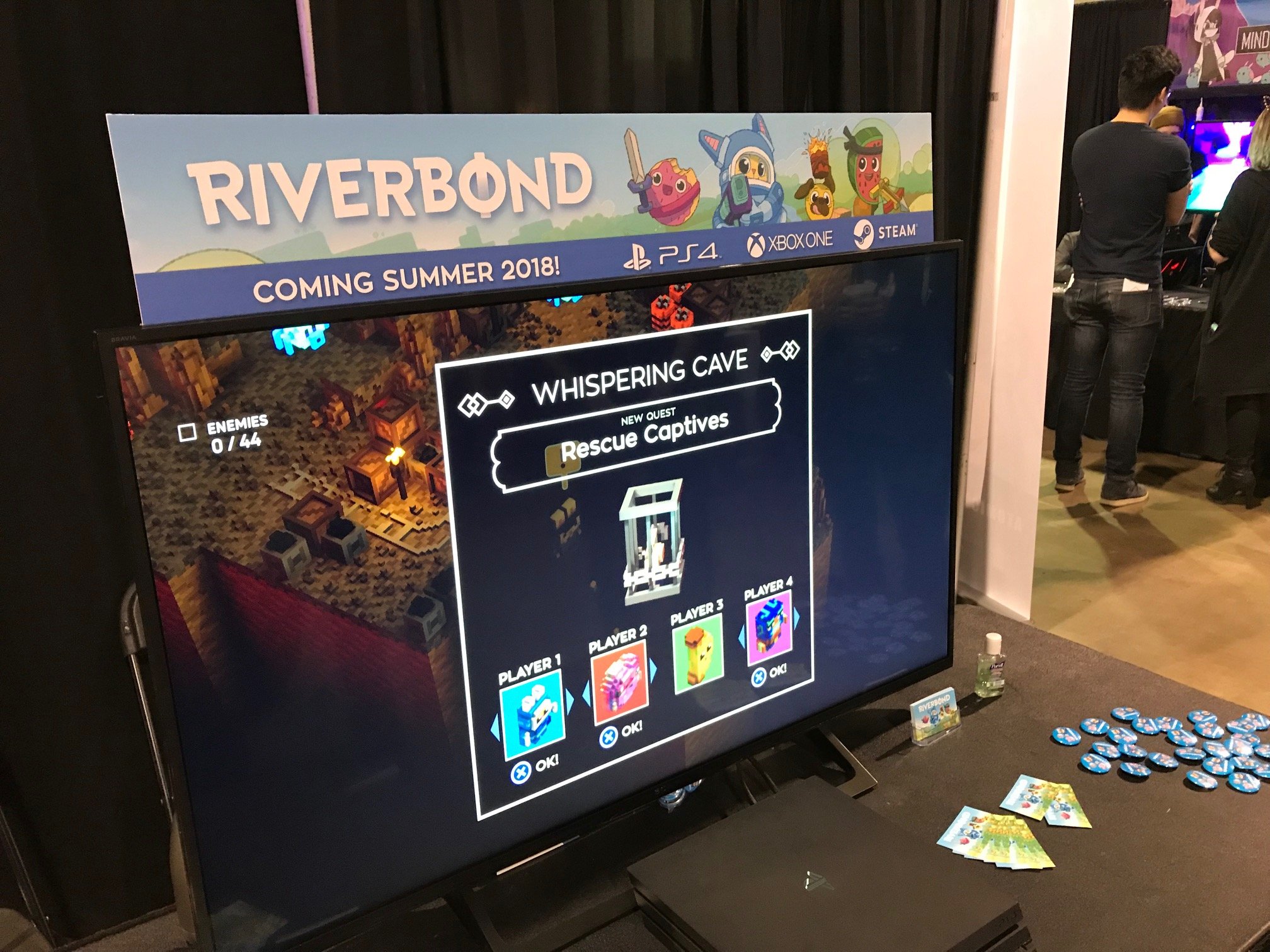 I feel like we take four player co-op games for granted. I know there’s a lot to choose from at this point, and there are still plenty in the pipeline, but there’s something about a good old fashioned local joint that allows true drop-in, drop-out co-op that gets to me.

Riverbond from developer Cococucumber, which I had a chance to play at EGLX this weekend, seems to be one of those very experiences. 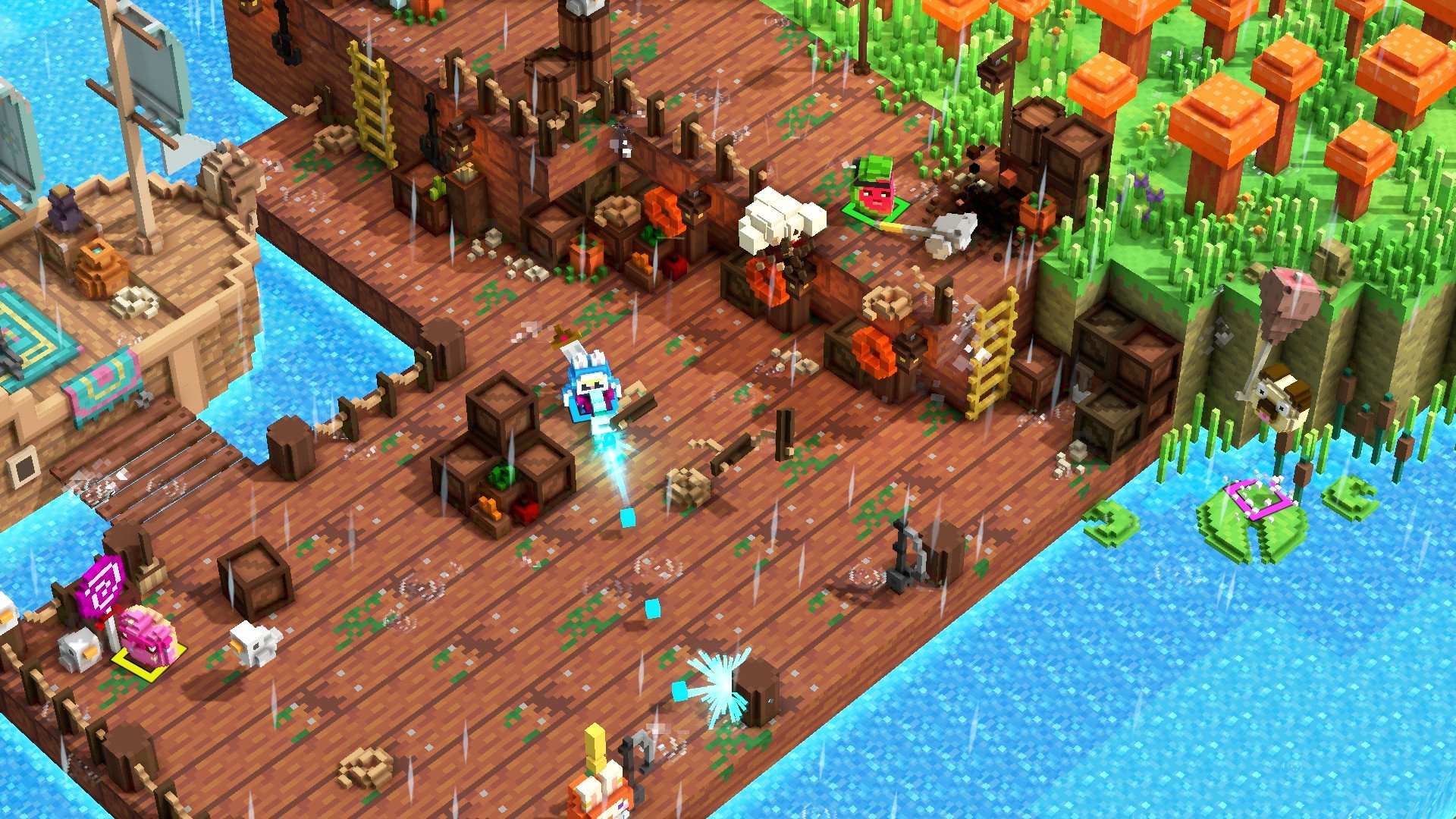 Riverbond doesn’t try to overreach — it aims for a wholesome, arcade hack and slash feel. Up to four players can command various cute creatures, from banana-men to various cameo-laden characters like Juan from Guacamelee, and have at it in a series of linear dungeons.

There’s a dodge button, supers (the demo had a giant area-of-effect slam ability), a melee attack, and a twin-stick controlled gun. That’s pretty much all you need to wreck shop, and given that the ammo for ranged weapons refills periodically and dashes are plentiful, it forgoes a lot of the rote simulation aspects that are creeping their way into a lot of hack and slashes recently.

Where Riverbond immediately grabbed me though was the vibrancy of its art, which looks a lot better in motion. The physics system is fairly impressive, allowing for a good amount of destruction and chaos, as well as plentiful loot from said entropy. Rewards have a swift cadence, and d-pad weapon swapping ensures that there’s some form of tactical depth (different party members can go for different playstyles that harmonize) rather than just mindless discord.

Another really small but really cool thing — when entering the final door of the stage a countdown starts that will drag players to the next level, but anyone can simply walk back out of the door to stop it. I don’t know why I found this so interesting, but it came in handy after a few people playing the demo found a hidden area at the last second and our fourth just popped back out of the end gate.

Again, the drop-in/drop-out angle works to its favor at a tradeshow, but it’ll also come in handy during parties. I was told that we should expect Riverbond to last at least five hours for the main campaign, and it’ll be out later this year on PC, PS4, and Xbox One.