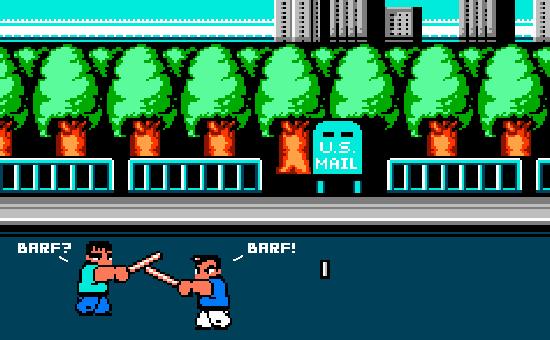 I don’t usually like to post stories about upcoming Virtual Console games — what with the lack of exciting offerings as of late — but this week is an exception. After a ridiculously long dry spell, the “Best week EVER!” is sure to return as classic NES game River City Ransom is set to hit the North American Virtual Console this Monday (4/21).

For anyone not familiar with River City Ransom, well, it’s amazing. That’s all you really need to know. Oh, and it also offers a pretty revolutionary fighting/RPG hybrid that is nothing short of addictive.

No word yet on whether these beat em’ ups will come paired with any other games, but I don’t think it really matters; they are all good enough to stand on their own.

What do you think? Are you excited enough to go outside and throw a trashcan at someone? I know I am!