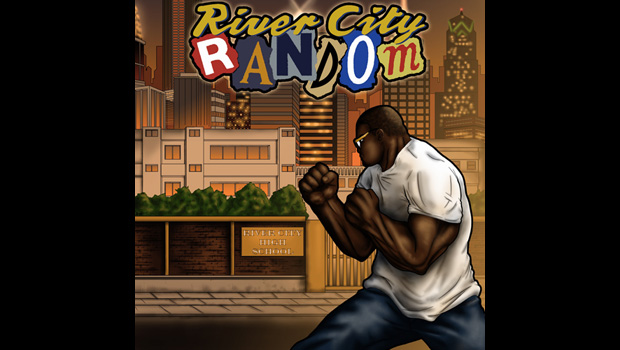 A rapper named Random chops up NES sounds to make his music. One of the most popular brawlers on the NES was River City Ransom. “Random” and “Ransom” are just one letter apart. It’s pretty much the most inevitable thing ever.

Philadelphia-grown Random a.k.a. Mega Ran started to cover RCR three years ago, but he’s only recently scrounged up the time to add the finishing touches. River City Random is seven tracks in length, plus a couple of bonus songs, all for five bucks. If you’ve got a nice, crisp Lincoln burning a hole in your pocket, get yourself a sweet Mega Ran EP. But I’m more than a little biased towards the guy, as you are no doubt aware by now, so give the full album a sampling before ploppin’ the dough.

As a bonus, a portion of the sale will go towards anti-bullying charities. So take to the streets as Alex and Ryan, beat up some thugs, then support the cause to help keep those thugs off the streets for good. Sounds solid to me!