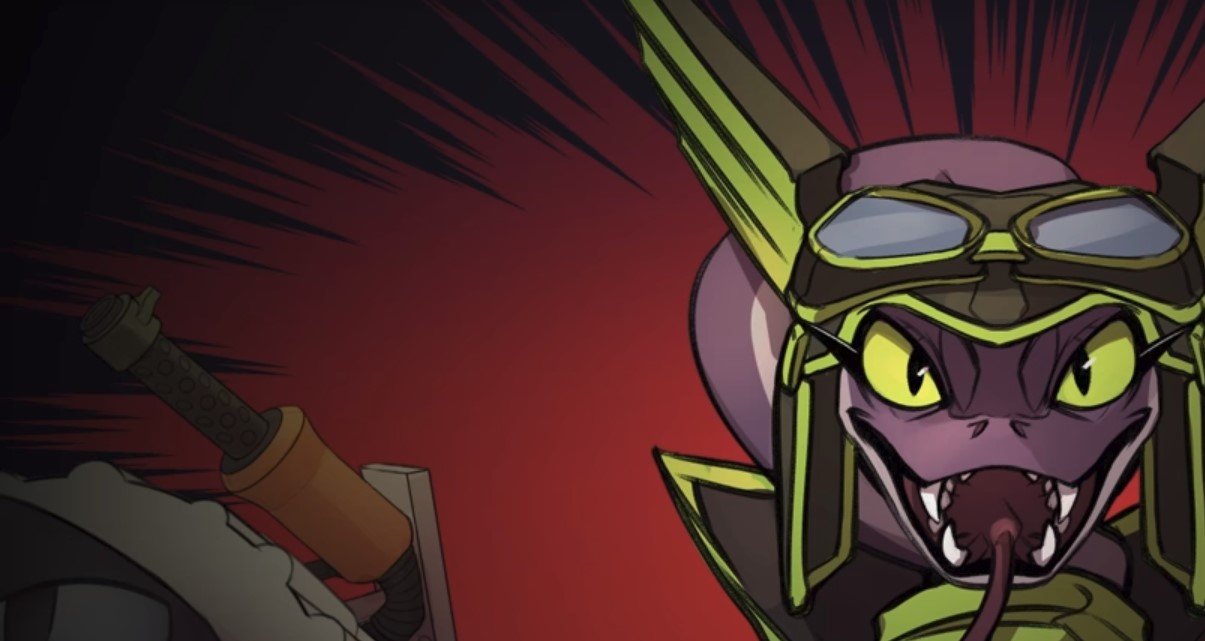 Snek in a mech

During their April Fools’ “Direct” stuffed with shenanigans, the Rivals of Aether team snuck in a reveal of their latest DLC character. As creator Dan Fornace and character designer Marc Knelsen teased on Twitter late last year, Elliana is a dangerous noodle who fights with a flying mech. She’s also the game’s “last original DLC character,” at least for the time being.

Her reveal trailer not only features a backstory full of gorgeous cartoon animal art and racist birds, but a demonstration of her moves. She seems to pack some heavy-hitting projectiles and the ability to fly, but with some kind of overheating meter that prevents her from spamming these moves nonstop. I’m curious about some of her quirkier tricks, like her self-destruct ejection and her smokescreen.

But it looks like Rivals players don’t have to wait long to find out, since yesterday Rivals‘s Twitter confirmed she and fellow DLC challenger Sylvanos release on Steam tomorrow. Which is today! It’s almost like they knew we’d be too busy to share this news during April 1. Weird.