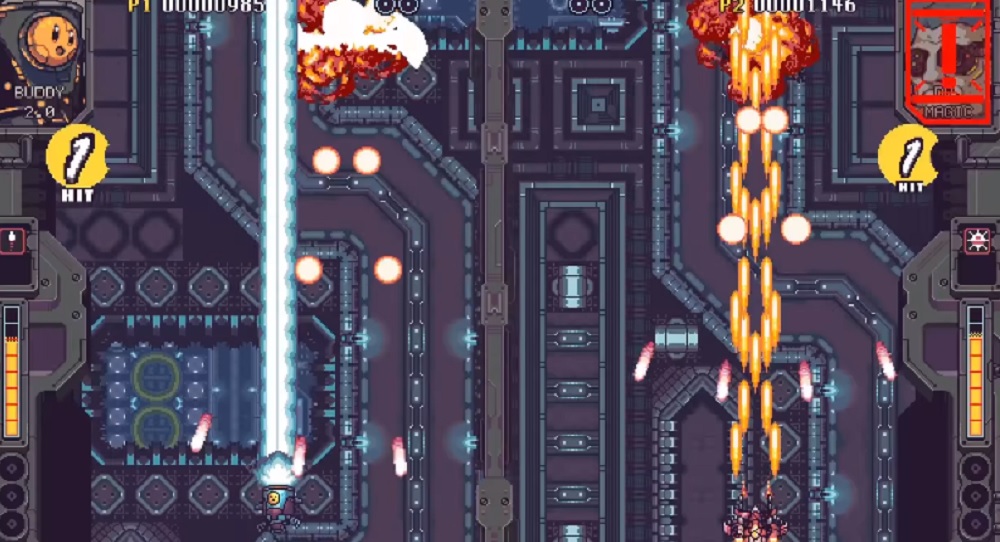 There are only a handful of popular competitive shmups out there, and when people even mention the fairly niche subgenre, Twinkle Star Sprites immediately enters the conversation.

Rival Megagun has the potential to make a similar impact when it releases later this year. Published by Degica and developed by Spacewave Software, Rival Megagun is set for the PC, PS4, Xbox One, and Switch platforms. The gist is that you’ll battle each other via split-screen play, and players have the ability to morph into a boss and rain down hellfire on their opponent.

It also sports a nice little art style that’s a good mix of new and old sensibilities. I’m in!