Version 1.0 is out on Nintendo Switch, PS4, and Xbox One

Whether you already own Risk of Rain 2 or you’ve been waiting for the 1.0 update to land on consoles, today’s the day. The fifth – but not final – major update rolled out on Nintendo Switch, PS4, and Xbox One. Before you ask, yes: the Switch version plays well enough to warrant a recommendation.

What does 1.0 entail? Most importantly, there’s a new stage and ensuing final boss – along with a “proper ending” – and a new survivor, Captain, who wields microbots and a shotgun. Hopoo has also added several items to spice up your runs, a few more challenges and monsters to face, tons of lore entries, and several new songs. Current characters, stages, and bosses have been re-tuned, too.

Version 1.0 also raises the “difficulty rate over time for all difficulties by +10%.” To compensate, the update buffs “a ton of items” and provides “way more agency over the way a run progresses.” 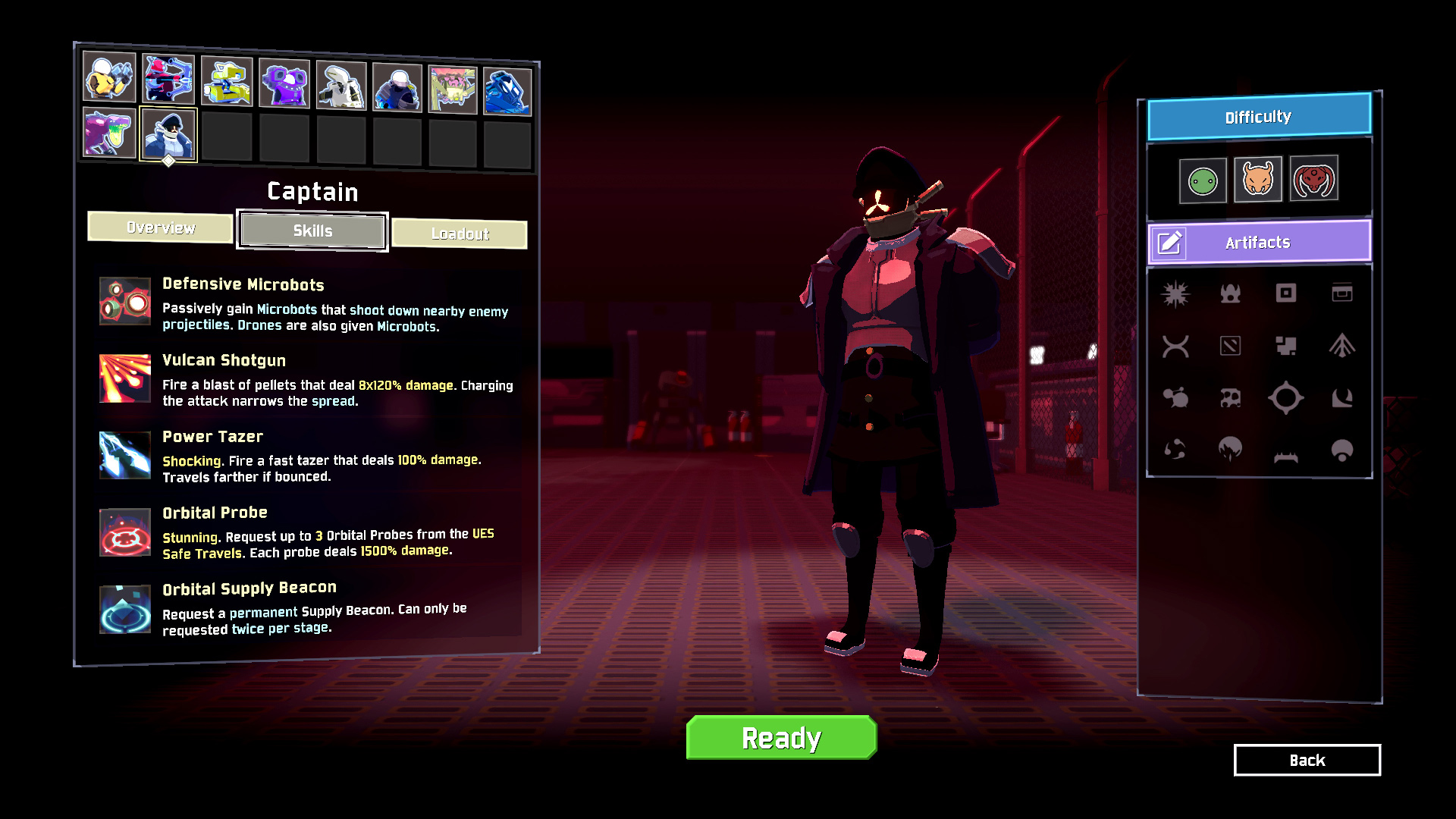 The Captain is the tenth playable character.

For extended thoughts on Risk of Rain 2, check Patrick’s review of the 1.0 PC release from August. “There is so much to love here, whether you are a fan of the first game or roguelikes as a whole.”

I concur! I don’t think the sequel necessarily makes the best first impression – it doesn’t open up until you’ve unlocked more characters, all of which play very differently – but once it hits, it’s hard to put down. (That said, I have a tough time switching off of the Huntress. She’s always been my favorite.)

As for the future of Risk of Rain 2 post-1.0, the developers are planning to continue balancing the game as needed with free updates, but the team will eventually get cracking on paid DLC expansions.