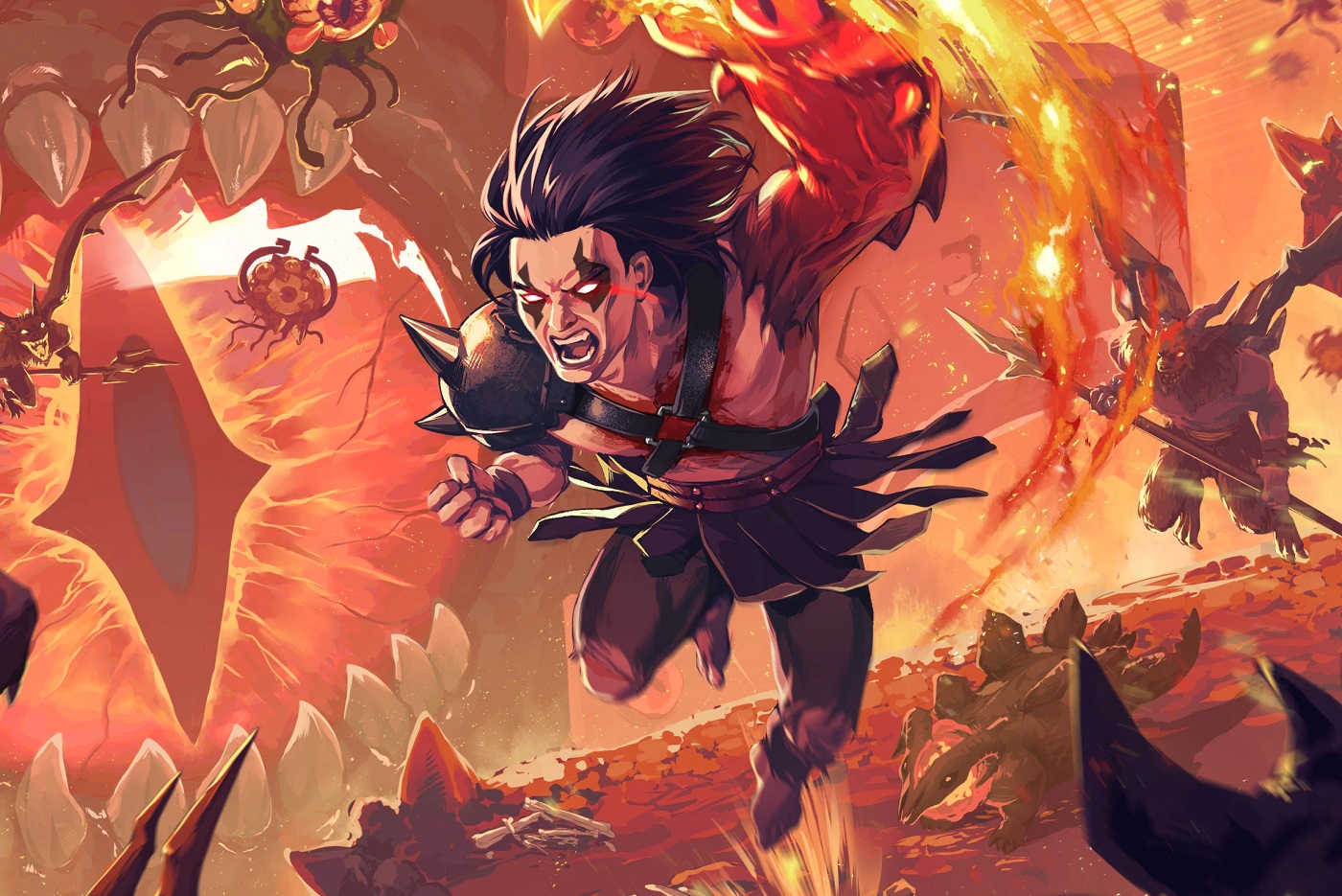 ‘Tis Friday, and, like clockwork, Epic Games Store has revealed the identities of the next free titles that it will be rolling out to store users over the next week — And it looks like there’s something of a Very Metal theme to next week’s fare, with the arrival of pixel actioners Rising Hell and Slain: Back from Hell (no relation.)

First released in 2019 and developed by Indonesian developer Tahoe Games, Rising Hell is a Gothic rogue-lite dungeon crawler that places a heavy emphasis on platform traversal and verticality. Players embark upon a seemingly insurmountable challenge to literally climb out of Hell, starting at the very pit of oblivion and working their upwards, battling horribly unholy demons and monsters en route.

As is to be expected from such a Devil’s Horns-flinging release, Rising Hell has a very metal aesthetic, with guitar wailing scores, vulgar visual design, and a relentless, head-banging challenge. Featuring a ton of epic boss battles, several gameplay modes, and a roster of selectable characters, Rising Hell was well received by players on release, and might well be worth a weekend of redemption.

Developed by Steel Mantis and released way back in 2016, Slain: Back From Hell could almost be seen as a distant cousin of Rising Hell, sporting similar pixel visuals, challenging platforming action and, of course, a hard-rockin’ aesthetic. As doomed hero Bathoryn, players battle their way through another hugely Gothic world, on a mission to liberate the realms from the clutches of six malevolent overlords.

Between Rising Hell and Slain: Back from Hell, Epic Games Store fans have got a pretty unholy week ahead. But, if you dig that whole heavy metal retro vibe, then it’s definitely worth keeping an eye on the calendar and ensuring that you bag next week’s EGS freebies when they are made available to all on October 6.

In the meantime, be sure to pick up current EGS offerings: Runbow and The Drone Racing League.