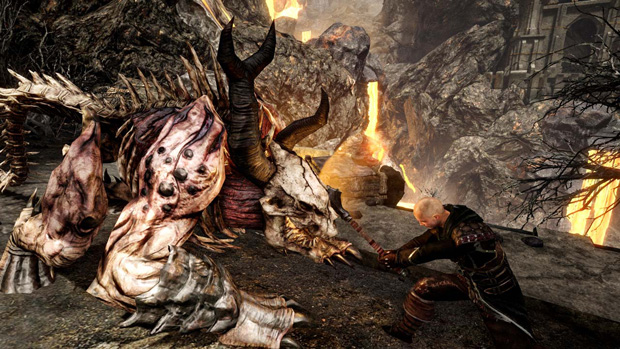 Or just form an alliance with everyone for completion’s sake

First came the CGI trailer for Risen 3: Titan Lords, and now, screenshots. The one above? My favorite of the pack by a wide margin. Some of the others are oddly blinding.

The game features three factions and one of them is called the Demon Hunters. With a name like that, sure, sign me right up. This once-fearsome cult hopes to return with a vengeance and reclaim a lost citadel over the course of Titan Lords. I imagine they could use a hand with that. Typical. Always needing an agent of change to get the ball rolling.

Risen 3 is out for PC, PS3, and Xbox 360 on August 12. The series continues to strike me as one you get to eventually, not so much something you rush out to pick up on day one.