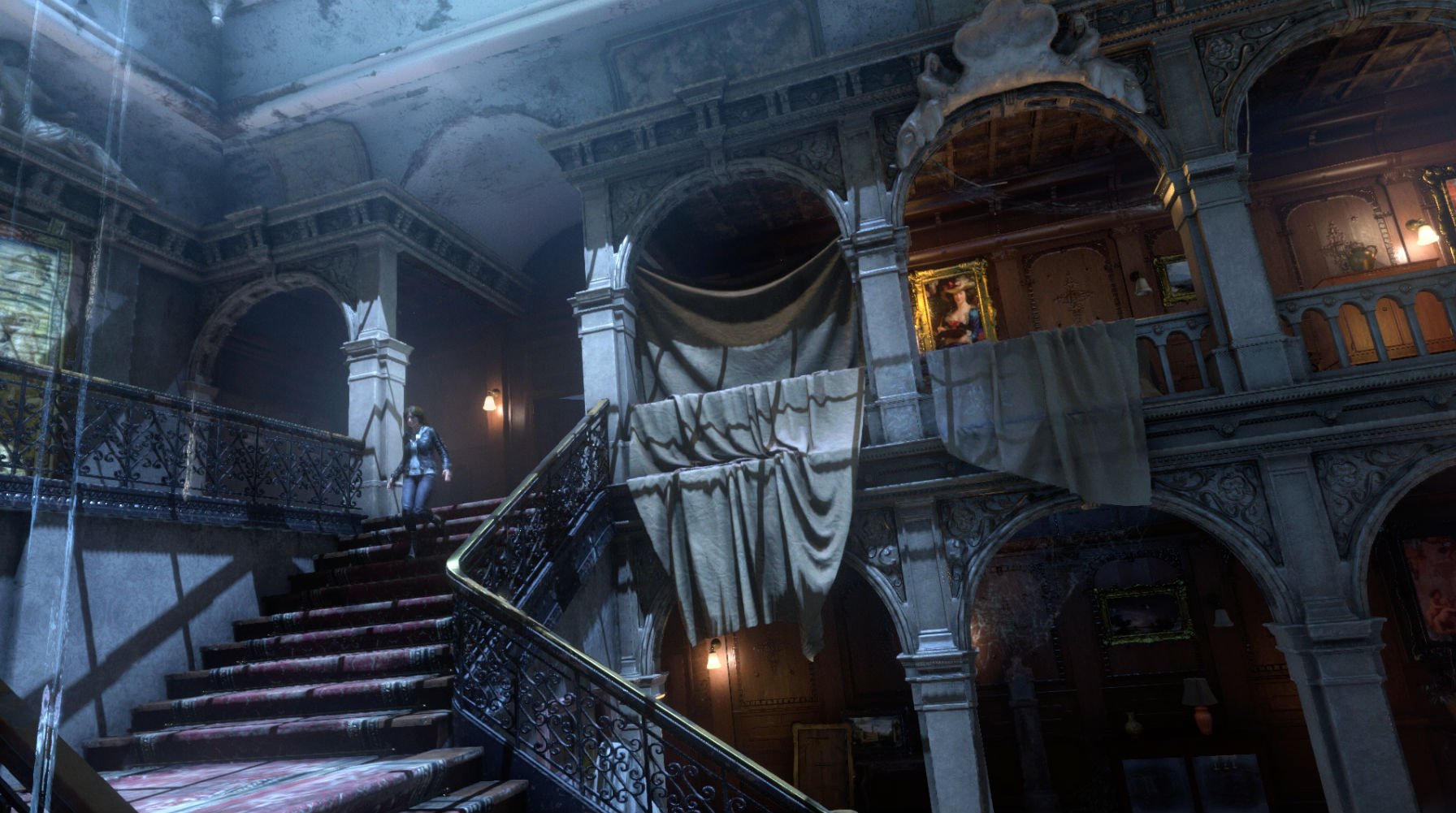 I know it’s past visiting hours, but can I please give her these flowers?

Rise of the Tomb Raider is a pretty fantastic game, but that exclusivity period sucked.

It was bizarre to see the house that Sony built jump ship, but such is the industry these days, and these deals can happen anytime, anywhere apparently. But now all is well, and Rise is on everything God intended, including a tiny little snippet available exclusively for the PlayStation VR.

If you’re missing out though, don’t feel too bad.

Let’s be real here — you’re getting about an hour’s worth of frolicking in Croft Manor with the VR exclusive mode, but to be even…realer…it’s not even a true exclusive, as you can still play it in good ol’ third-person anywhere else. So that’s strike one.

But honestly, it’s far more interesting than I initially gave it credit for. I mean, you’re exploring the Croft Manor, and as someone who has played since the very first game, it’s worth getting even a little jazzed up for at its worst (who else locked the butler in the freezer?). Plus, they actually worked in a seemingly canon storyline that not only sheds a little light on Lara’s parents, but provides some needed (for Tomb Raider junkies anyway) closure for her. Aw.

So what do you actually do? Good question! You read notebooks and listen to audio logs. You take a key thingamajig and put it into a door over in another room, which leads to another key (or lighter, or crowbar, or dinglehopper) and another room. There are a few provisos to take note of — you can’t start it until you’ve made it to the wilderness area of the story (about 30 minutes), and slightly more of the mansion unlocks after you finish the campaign.

I highly recommend that you just pop off the training wheels and swap into free mode. While Rise like every other early-stage VR game assumes that you aren’t used to VR and will throw up in the helmet after using it, being able to move around at will adds a really cool feel to the whole affair, like you’re…actually there [cue cheesy music]. Otherwise, you’ll have to use the lame “teleport” function where you can only tilt your head from side to side to look, and press buttons to instantly warp places. At that point you may as well just play it without the headset.

And that’s really it — it’s like a Tomb Raider-themed episode of Gone Home. It has a spooky atmosphere with heavy rainfall dropping around the mansion but there’s no ghosts. There’s a Blair Witch-ass basement but no witch. Nothing happens, but it’s perhaps one of the most effective uses of VR yet in terms of atmosphere. If that sounds great to you, spring for the PS4 edition and try it out. If not, you can still tie up some loose ends without it.