Lara Croft has never been the best archaeologist. Carefully digging for hours so as to not damage an artifact wouldn’t make for a very good video game. Still, there’s a disconnect when she knocks over human skulls that are perched on a ledge she wants up. That’s nothing compared to when she detonates explosives that destroy one of those tombs she should be raiding.

Honestly, I’d chalk it up to being pissed off. I’d be in a similar mindset had I crawled through the Syrian scorpion den she just did. Or, if there was a helicopter opening fire on my convoy that was supposed to be safe transport. Or, if I climbed, swam, and jumped my way through a tomb only to find out that the thing had already been raided. Or (and this one would piss me off the most), if I got the ever-loving shit kicked out of me like she always does.

No, Lara doesn’t have it easy, and that’s true in Rise of the Tomb Raider. But, she might have it easier than in 2013’s Tomb Raider. At least the little things won’t be as tough on her. Crystal Dynamics has made changes over the franchise’s previous game to streamline everything. 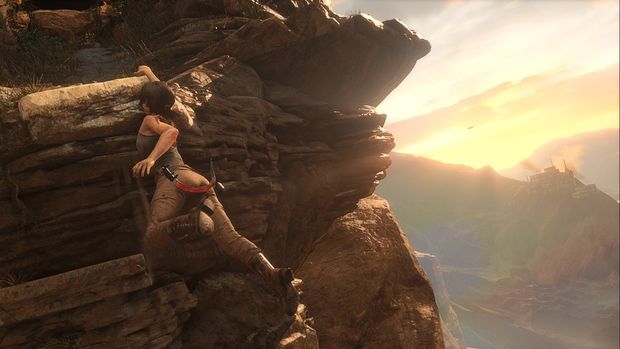 The most obvious example lies within the fact that Rise of the Tomb Raider places less emphasis on campfires. They’re still necessary for fast travelling and general checkpointing, but they’re no longer required to upgrade skills. That can be done on the fly, meaning that Lara can become a more formidable foe in the thick of the fighting.

She also has the opportunity to use materials in the wild to her advantage. Rise of the Tomb Raider features a new crafting system (again, no campfire needed) that acts as further upgrades. The likes of berries and pelts can be collected and turned into items far more useful than berries and pelts. Hardly the first game to do it, but it’ll place more emphasis on exploration and scavenging when that should be a pillar of Tomb Raider.

Crystal Dynamics knows that was a drawback of 2013’s game, and it’s making right this time. Speaking with members of the development team at gamescom, they assured that there will in fact be more tomb raiding in Rise of the Tomb Raider. The early section we played was a critical path tomb, but there will be more optional ones — they’ll be more expansive and intricate, to boot. 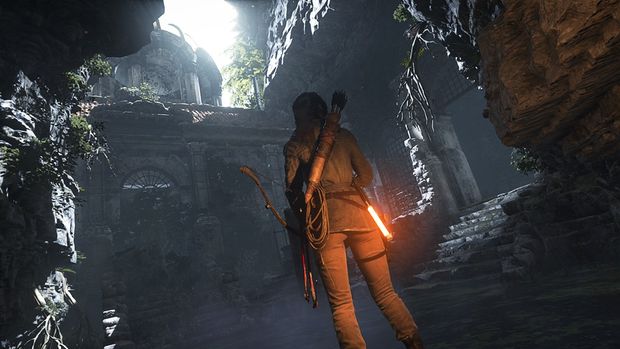 One of the more intriguing aspects of this is that Lara will have to become proficient in various languages to access certain areas. We saw her discover a religious-looking artifact that raised her Greek skill a level. It seems as if finding these along the way will be the only method of unlocking certain side paths.

It can probably be assumed that these languages correlate to the many countries Lara will find herself visiting. The demo we played took place in Syria, and those events led to her winding up in Siberia (which was shown at E3). When asked where else she’ll go, we were given the well-rehearsed PR-trained line of “We’re not ready to get into that quite yet; right now, we’re focused on talking about Syria.”

Though brief, the demo showed nicely showed what Rise of the Tomb Raider has in store. It’s just as cinematic, dramatic, and action-filled as we’d expect. Lara’s going to do plenty of rough falling, labored climbing, and “wow, you just barely made that” jumping. Even though it’s an origin story, she should know by now that tomb raidin’ ain’t easy.