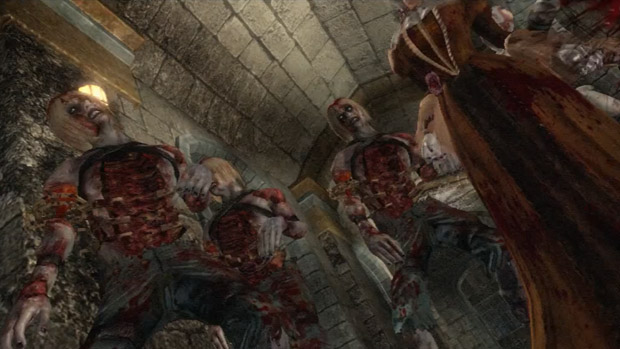 I’m being serious when I say that Rise of Nightmares is the first game that’s made me legitimately want to get a Kinect. Maybe not enough to run out for a purchase immediately, but the tech lust is there and rising.

In our recent preview of the game, we described it as providing an experience not unlike an off-rails House of the Dead. From everything I’ve personally seen, Rise of Nightmares‘ style and campy tone are certainly similar. The new trailer is beyond silly and I’m jealous of everyone who got to work on it.

This offbeat horror game is out on September 6, 2011 as a Kinect exclusive.