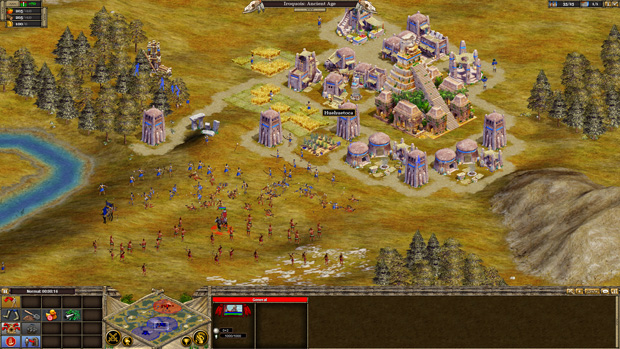 38 Studios sold a bunch of assets at auction back in November, including the rights to Big Huge Games’ real-time strategy title Rise of Nations. It’s back! An extended edition, including the Thrones and Patriots expansion, has appeared on Steam with a June release date.

This will be $19.99 normally, but promo pricing has it down to $15.99 until June 14. For this version, there’ll be improved water and textures, full-screen anti-aliasing, Steamworks (multiplayer, cloud saves, achievements, cards), and streaming by way of Twitch integration.

Personally, I was just waiting for Age of Mythology to come to Steam, which it has, albeit at a higher price ($29.99) than I’m willing to jump on at this moment. But I know lots of strategy fans were wanting Rise of Nations to hit the platform, too. Everyone wins!