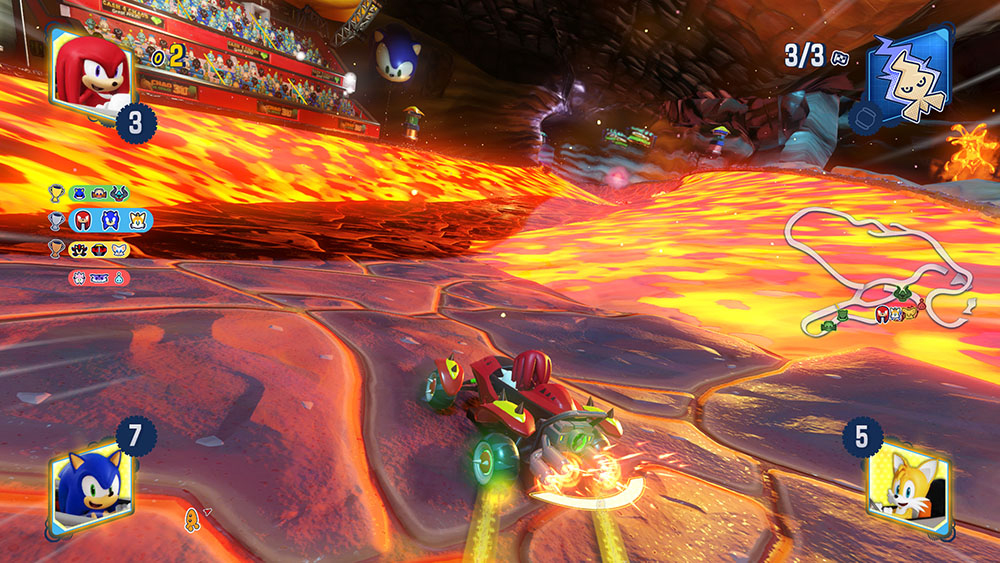 Team Sonic Racing, which has now been in development for fifty years, has revealed two new tracks, currently being prepped for some high-speed, wheel-spinning action. Extreme environments are the order of the day here, as the tracks look at two very opposite climates.

First up are screens from the new “Hidden Volcano” course, which will see Sonic and chums blitzing over red-hot brimstone and drifting around corners aligned with burning magma, better pack an extra water bottle. The second course, “Frozen Junkyard,” will allow our racers to cool off a little, as they speed over gripless frozen roads before careening into the nearest iceberg.

Alongside screens from both tracks, we also get a preview of Frozen Junkyard’s background track, composed and performed by Jun Senoue and Danger Kids’ Tyler Smith. You can check out screenshots and the new ‘choon below. Team Sonic Racing launches on PS4, PC, Xbox One and Nintendo Switch May 21.