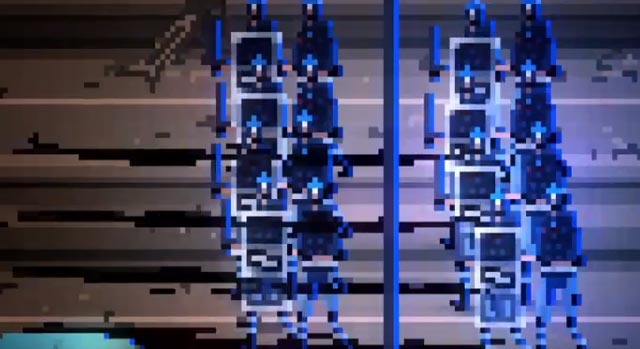 If you’re like me, you are eagerly awaiting the day that the continued decay of society reaches a breaking point, citizens spilling into the streets to wage class warfare against the corrupt establishment. Unfortunately, we’re still a ways away from total chaos in the streets, though RIOT on iOS should hopefully quench my desire for vengeance until then.

In the trailer, the strikingly beautiful pixel art lends some serious weight to the game’s portrayal of chaos in the streets. The game’s Indiegogo proposal describes RIOT‘s intention to show both sides of these types of violent protests, letting players take part as either the rioters (in red), or the police (in blue), exploring questions like: “What is that triggers such a strife?” or “What does a cop feel during the conflict?”

RIOT is currently seeking $15,000 in funding to allow the creators to experience the live riots currently going on in countries like Italy and Egypt. Given how intriguing this unique title looks, I’m definitely considering a contribution. Viva la revolution!