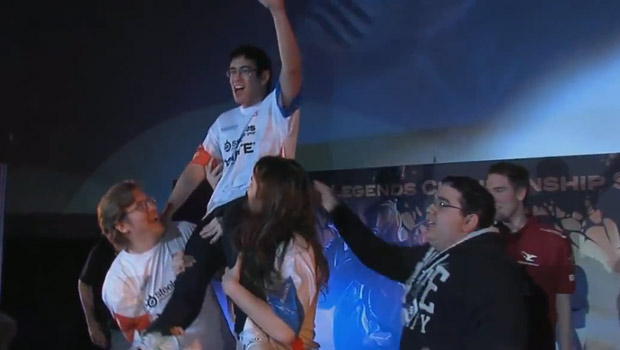 Developer talks about the future of eSports in League of Legends

Riot Games is no stranger to the spotlight, and certainly not above giving players their own chance to shine. The competitive scene for League of Legends has blown up in the past two years since it launched. Things seem even more likely to expand going into the future as Riot attempts to pioneer this competitive scene into a brand new world, that of a true professional sport.

I recently had the opportunity to sit down with Riot Games VP of eSports Dustin Beck, Senior eSports Manager Whalen Rozelle, and PR Manager Chris Heintz to pick their brains for a moment about their plans, hopes, and expectations for the upcoming Season 3 of competitive LoL. 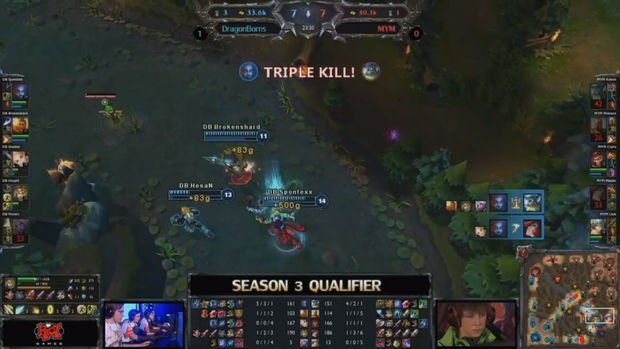 Not too long ago, Riot games released word that the new season of League would step away from the formerly used ELO ranking system. In its place, there would be a series of leagues and divisions that teams would compete through, before going on to the championships. It may sound like they’re merely being inspired by StarCraft II, which uses a similar division system, but the origin goes much further.

The National Football League was being sourced as the main inspiration for the shift in structure. Having a structure similar to a currently existing professional sport was something that they felt would even the playing field for League as a sport itself. This is where they got the idea to give the top teams salaries, and allow for them to have legitimate sponsors for their competitions.

Beyond that, there was a very strong notion of not just upping the quality for the players themselves, but also for the viewership. Once again, NFL was cited as inspiration. The quality of the announcers and video content surrounding the competitive scene will be getting an overhaul. They stated that they want to have their content elicit the same feelings of investment and excitement that can be had out of something like Monday night football.

A lot of new talent has been recruited to the Riot games staff, forming a brand new team specifically for eSports. I was told that many of these new people include producers and cameramen with experience working for the NFL and other major sports broadcasters. The big hope is that they could apply the same knowledge and skills to broadcasts of League. 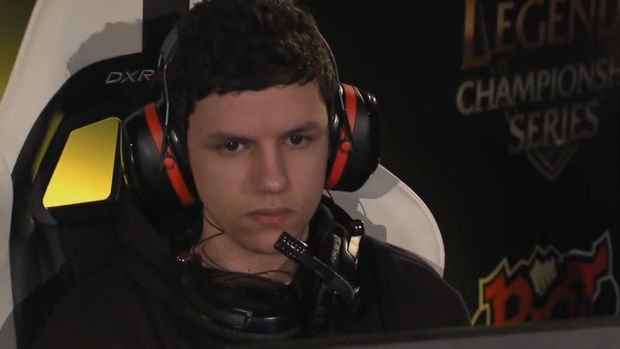 This would include a focus on more than the game itself, although that would still remain an important factor. The out-of-game element will also become more proficient: smaller teams will be assigned to follow the competitive players during their training, to help document and keep the viewership in touch with the drama surrounding preparations for each tournament. They want to show just as much of the “human story” as they do the story of each game they’re in.

When asked how this would affect the current teams that stream themselves on sites like Twitch.tv or Ustream, I was reassured that it wouldn’t. The sentiment was that streaming like that is a great way for fans to more personally keep in touch with specific players. They feel that streaming services like those are amazing boons that allow for a much wider audience to get involved, and in the case of Riot’s own broadcasts, allow for the sport to purvey the global sphere with more ease. 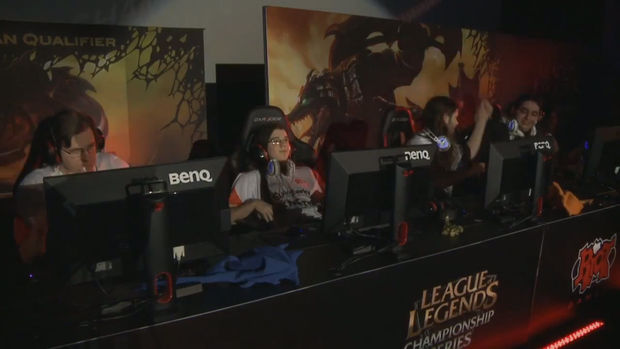 Adaptability is one thing Riot expressed as a more interesting kink to League that the players would be shown dealing with. In other sports, the rules always remain the same from game to game. With a game like League, however, patches and new champions are consistently being released, essentially changing the rules between games.

They stated that the eSports team is working very closely with the development team, and that all players would have ample time between tournaments to try out new champs, and adjust to new patches. As it stands, there would be no hard set patch delays between the version of the live game, and what version the teams use for tournaments.

Already, the increased production value can be seen in the recent NA and EU qualifier tournaments. Each one has had recap videos released on the championship series YouTube page, going over the events of the tournament. Much of the excitement can still be felt through the video, not just during the big plays, but also after wins, with shots of the teams rising up in celebration in victory, and close-up shots of disappointment in loss. The most recent recap video is below, showing just a taste of what Riot has in store.