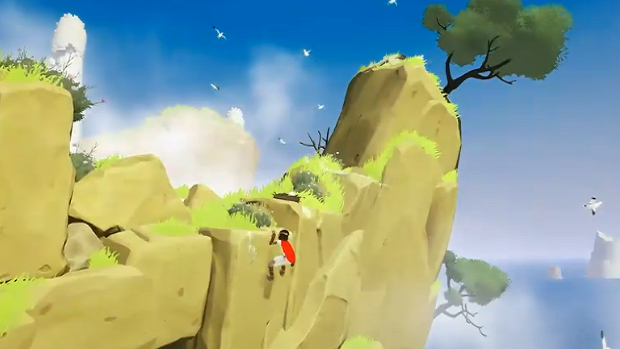 I was immediately excited when Sony showed off Rime at its gamescom press conference. That trailer has finally been released in its full glory. I’m still not sure why they pulled out to so many indecipherable wide shots during the conference, especially during reveal trailers.

No matter. Rime looks fantastic and seems like it will be filling the Team ICO-shaped void of recent years while we wait on The Last Guardian. Though Rime also features a much more colorful, less muted and somber art style reminscient of The Wind Waker, which I’m equally happy with.

Of course, as the last few seconds show, there is also some terror afoot amidst the whimsy. Rime reminds me of some of my favorite games (Shadow of the Colossus, ICO, Wind Waker) and my favorite poem, “The Rime of the Ancient Mariner.” It will be an uphill battle living up to those lofty expectations, but this intriguing indie is another feather in the PS4’s cap.