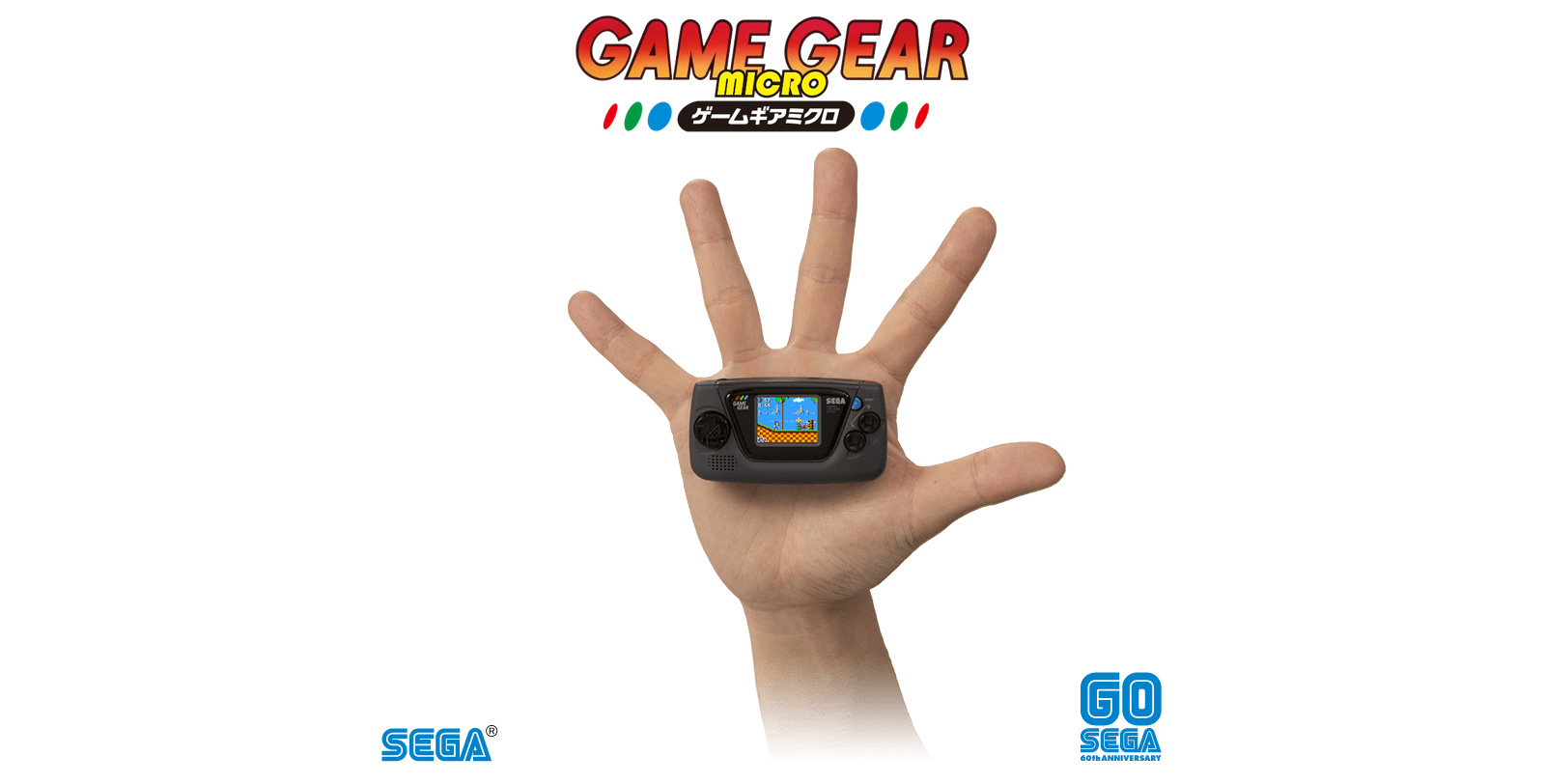 Rumors have been swirling about possible announcements for Sega’s 60th anniversary, and here’s one of them: the Game Gear Micro – a system so small, you can comfortably fit it in the palm of your hand.

A worldwide reveal hasn’t happened yet, but in Japan, the Game Gear Micro will release for 4,980 yen on October 6, 2020. (30 years after the original!) For now, check out this teaser with multiple colors:

I see Sonic, I see Shining Force, and I see the need to stop by my optometrist’s office.

It’s not the miniature Dreamcast I was hoping for, but I’m tentatively interested. The price is reasonable, the size is questionable, and the game selection? Well, we’ll just have to wait. I was happy with the way the Sega Genesis Mini turned out pretty much across the board, but this will be an uphill battle.

My only personal experience with the original Game Gear was through a childhood friend who, as long as I ever knew him, only owned two or three games, tops. I only had its Very Large son, the Nomad.

Are you open to the idea of a micro-as-hell Game Gear Micro, or has science gone too far?