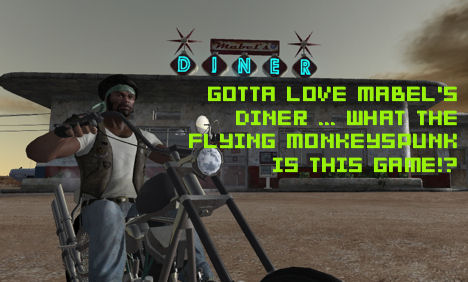 What do you mean you’ve never heard of Ride to Hell? It’s that game … you know … that one game … with the thing … and the thing on the thing with that thing.

Okay, so I’ve not heard of Ride to Hell and nor has anybody else at Destructoid. Was there some clandestine meeting held beyond our reaches where they decided to design a game with lots of motorbikes and low quality graphics? It would seem so, but if you own a PS3, Xbox 360 or PC then congratulations! Ride to Hell is coming your way, pardner!

I don’t understand this game and thus I don’t want to deal with it.