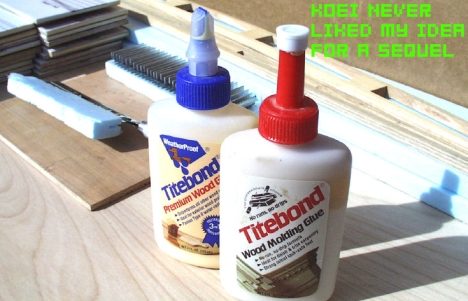 Nothing like a Wii game to make you look and feel like an utter prat. Koei (makers of the best games ever crafted) has today announced plans for the next installment in its G1 Jockey series. G1 Jockey Wii 2008 will employ the balance board for steering and jumping.

Koei hopes that this will lead to a more realistic experience — well, as realistic as you can get by jumping up and down on white plastic while your arse wobbles with exertion and your family laughs at you until cry.

Hit the jump for the press release.

Hertfordshire, UK- June 16, 2008 – KOEI today announced the latest instalment in the hugely popular G1 Jockey series with G1 Jockey Wii 2008. With the last instalment utilising the Wii’s unique controllers to recreate the horse racing experience more realistically than ever before, the Wii Balance Board has now been employed to take the series a step further. Players now get the chance to leap fences and steer their horse to victory all through the feedback from the Wii Balance Board. Assuming a jockey crouch and powering to victory should brighten up even the longest of faces this September when G1 Jockey Wii 2008 is released in the UK and across Europe.

“With G1 jockey we have always strived to recreate the full horse racing experience in the most realistic and enjoyable way possible. The Nintendo Wii and now the Wii Balance Board have enabled us to continue our desire to bring every facet of this fascinating sport into the homes of passionate horse racing fans and gamers who want to enjoy a sporting experience like no other.” Naoki Katashima, Executive Vice President KOEI Europe and US.