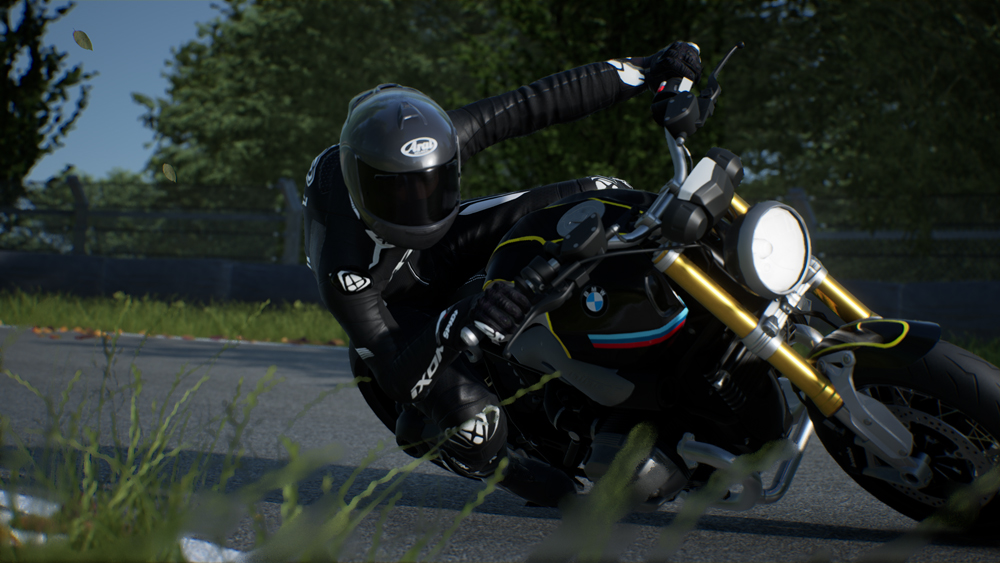 I’m falling (off my bike) so I’m taking my time on my ride.

Federico Spada and the team at Milestone S.r.l. are passionate about motorbike racing. It’s what they do. It’s pretty much all they do. While this year’s Gravel featured traditional cars, trucks, and other four-wheeled vehicles, the bread and butter of the studio’s output for the past decade plus has been motorcycles. Each year, Milestone releases new entries in its long-running MotoGP and MXGP franchises, and The Monster Energy Supercross series that launched earlier this year will be another yearly product. 2018 has been a big year for the Italian developer with four games hitting store shelves so far this calendar year, with the fifth and final one set to arrive at the end of the month.

After a short delay, Ride 3 is finally set to launch for PlayStation 4, Xbox One, and PC at the end of the month. It’s a game Spada has spent the past two years working on, creating tracks and developing what might be Milestone’s most ambitious game yet. At launch, Ride 3 will feature 230 different racing motorcycles, with some dating back as far as the 1960s, as well as 30 different tracks and more than 700 different pieces of customization that will allow players to make their bikes, and their racers, their own.

“We wanted to give the player the ability to fully customize not only the bike,” Spada explained to me at a recent hands-on with the title, “but the overall riding style as well. With Ride 3, we are pouring our love for motorsports and for motorbikes inside the game. Even if they’re new to motorsports, they can actually start to feel something for the bike because you establish a connection with it as you progress inside your career and continue to race with your bike.”

That career mode has been rebuilt from the ground up for Ride 3. After players create their racer, either male or female, they’ll set out to complete a number of challenges that are presented as racing magazines. Each magazine will focus on specific tracks, bikes, or moments from motorbike racing history. As a good career mode should, it will push players to expand their horizons by racing on all the tracks with as many different bikes as possible, from the 2018 Ducati Panigale V4 all the way to the 1969 MV Agusta 500cc Three-Agostini. The game is promising to be an encyclopedia or motorbikes with more than 300 total to be included with free and paid post-launch DLC.

For my hands-on session, I got to try out two of the bikes in the game, one from the superbike category and one from the naked category. Within seconds it’s clear to see just how differently these bikes handle. The superbike made for finer turns while the naked bike was a bit heavier when I started to lean. Spada says each of the different motorbike categories will handle in their own unique ways, and as I found out, not every bike is ideal for every available track.

The 30 tracks available in the game — none, at the moment, are planned for DLC — are based on real racing tracks as well as famous paths motorists love called “country tracks” that take what is beloved about the routes and makes them palatable for gamers.

“Country tracks are places from around the world known to bikes to be really cool, really majestic landscapes to ride in,” Spada explained, “but we didn’t just decide to portray the reality as it is. For example, the Garda Lake track, I was the designer for this track. We started with the drone scanning material, and from that data, we decided to design and make the track more appealing to players. Sometimes, having three hairpin turns right after the other is not that fun for gamers. It’s different for cars because you can drift, but for bikes, it’s not that fun. So we decided to have our take to portray what’s appeal about being in that spot.”

The windy, lakeside path of Garda Lake was the first of two tracks I was able to test and, as I don’t play motorcycle racing games all that often, I proceeded to crash on every other turn. Because my brain is, at this point in my life, basically a big ball of cottage cheese slowly seeping out of my ears, I kept trying to press L1 to activate the Milestone staple rewind features out of every crash no matter how many times Spada reminded me it’s R1. As I was the last person he spoke with that day, I’m sure it was a real joy to cap off a day of interviews with a simplistic chucklehead like myself.

When I wasn’t crashing, I was getting a great look at the (sometimes) stunning Garda Lake, brought to life with the Unreal engine. Ride 3 will be the fifth game from Milestone to use the engine, and the power of it can absolutely be seen in each and every bike in the game.

“Using Unreal engine has really allowed us to push our graphics to be nice, clear, and crisp,” Spada said. “So we are able to play with lights and shadows to create a very vivid and lively landscape that changes as you go. We even managed to step up the sound with it. When you drive through tunnels or on the different tracks, the engine will echo or muffle depending on what’s happening around the bike.”

Going through the tunnels of Garda Lake was a great showcase of the quality sound effects Milestone is employing for Ride 3, but unfortunately isn’t wasn’t the best showcase of the engine’s graphical capabilities. Running on a PS4 Pro, there was sporadic pop-in throughout the race and the trees had a certain low-resolution quality to them that reminded me of the art direction for The Legend of Zelda: Skyward Sword, though I’m not quite sure that’s the intention of the developers. Much like with previous games Milestone has made using the engine, some tracks will simply look better than others. For this hands-on, it was the second track I tried out that absolutely stole the show.

Macau, inspired by the real Macau Grand Prix track, is a beautiful though ultimately terrible track from a first-time rider. The long straightaways of the city, lit up in neon excess, quickly fade into darkness as riders have to works with very little light as they attempt to keep pace through the many twists and turns of the wet track. The city lights of Macau are really able to pop because the race takes place at night, a first for the franchise due to the Unreal engine.

Players will be able to absolutely light up their bikes as well with the new livery editor. Players have full control of the look, style, and color of the decals and stickers they can create and share online for their bikes. There are 100 layers to work with and anyone who gives it a try can create something super official, like a sticker for a real racing company they admire, or something really stupid, like the Pickle Rick decal another Milestone rep showed me.

The livery editor will be great for the long term, but my favorite feature of Ride 3 is there to help players right from the start. The game will include many options that allow you to tailor the experience to your preference. You can adjust the physics if need be to make the game more arcadey or more realistic. There is also an incredibly helpful racing line feature that, along with the rewind button, will help players better learn how they’re supposed to approach each turn. This line appears at every turn for every track and is color-coded to let you know how fast you should be approaching it. Green is good, red is you’re aiming for a spectacular crash. At Macau, it was a crucial tool that allowed me to finish the race as well as I did, which was in last place but not embarrassingly bad last place.

Despite franchises like Forza and Gran Turismo selling in the millions, motorcycle racing is still a small niche, supported by a loyal group of what I’m just going to assume are mostly European fans. If there is any developer to have a chance as elevating the sport to the level of those two other franchises it’s Milestone, and if there is one game that will get them closer to that level of excellence it’s probably Ride 3. This is a work of passion, as Spada explained, “Developing Ride 3 has been really demanding in terms of resources and knowledge, but the cool thing is that we’re having fun while doing so and it reflects how the game, in the end, comes together.”

There’s a lot I’d like to see out of the future of the Ride franchise. The bikes from the 60s are a great addition, but as this game sells itself as an encyclopedia for motorcycles, one that will break its own Guinness World Record for most licensed bikes in a video game, I’d love to see more of vehicle’s history. I ask Spada about going back even further in history to include something like the BMW R75 or Daimler Reitwagen, the motorcycle equivalent of the Mercedes-Benz Patent Motor Wagen 1886, as well as the possibility of including Vespa scooters in the series. Spada said while he couldn’t give me a definite answer on those, he did say those are the types of questions Milestone has been mulling over.

Ride 3 launches November 30 for Xbox One, PlayStation 4, and PC. There is a season pass also available for purchase that will increase the total bike count to more than 300 motorcycles. For PlayStation 4 Pro and Xbox One X owners, the game will be able to run at 60 frames per second.