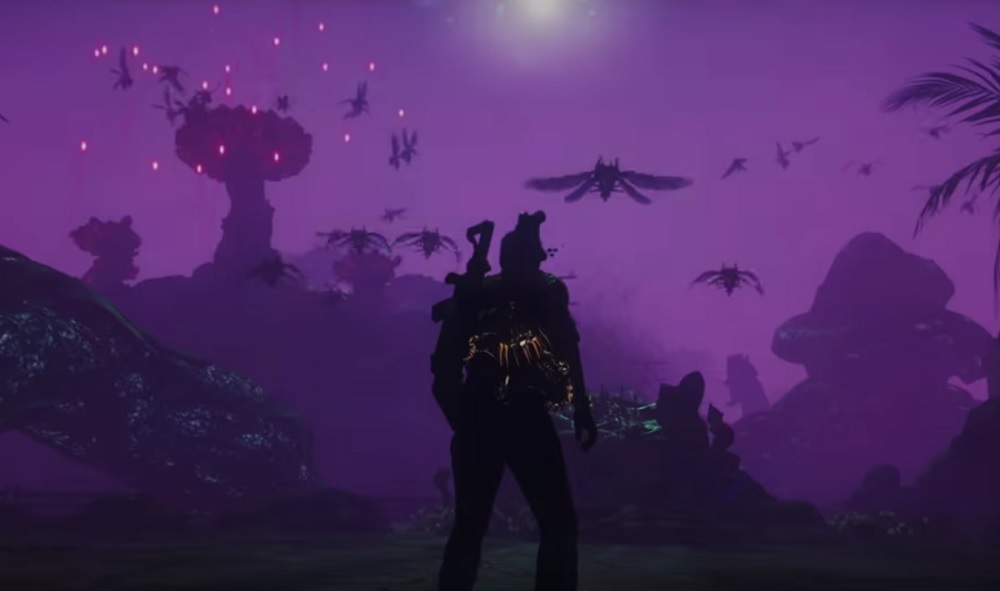 Is this gonna be stand up fight, sir?

Square Enix has dropped the trailer for the next wave of DLC coming to their batshit-crazy shooter Just Cause 4. Following on from last season’s ramp-hopping stunt-fest, this next batch of content looks to be something very different indeed.

Titled “Los Demonios,” the new expansion will bring an invasion of creepy neon bugs to Solis, brought about by an “ancient demonic force.” Yikes. Rico, armed with his all new demon-killing crossbow, must battle waves of gross creatures while dodging pulsating sacs of spores and the subterranean tentacles that are spreading throughout the land. All of a sudden, those gung-ho factions of mercenaries don’t seem quite so bad anymore.

Just Cause 4 has also undergone a round of technical tweaks, upgrading the game’s lighting effects, both during the sunny daytime and in the blackness of night. Vehicular combat will be improved both on land and in the skies, while a round of bug fixes have been applied to the engine’s visual effects. You can check out a video of these upgrades below.

The Los Demonios update is expected to launch July 3 on all platforms and is available as part of the game’s season pass. Full details are available over at the official blog. Just Cause 4 is available now on PS4, PC and Xbox One.