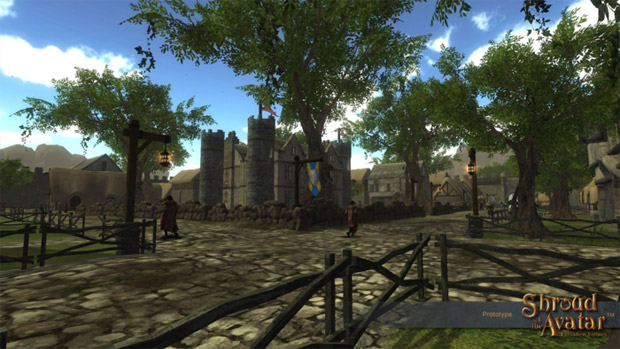 And yes, it’s on Kickstarter

With so many other notable game designers using Kickstarter to fund their passion projects, it only seemed like a matter of time before Richard Garriott’s name popped up in relation to the crowdfunding site. The creator of Ultima and his Austin-based studio Portalarium are back with a fantasy role-playing game called Shroud of the Avatar: Forsaken Virtues.

The Windows, Mac, and Linux title “will include what I think are the keys to an ultimate role-playing experience,” said Garriott. “These important tenets include things like a fully interactive virtual world, deep original fiction with ethical parables such that players’ choices are relevant, cultural histories and fully developed alternative languages and text. Also we want our players to have physical game components like cloth maps, fictional manuals and trinkets. These are all things that people came to expect in my earlier works and we plan on bringing them all back to create Shroud of the Avatar.”

After the recent (and ongoing!) performance of inXile’s Torment: Tides of Numenera, I would be shocked if this project doesn’t meet the million-dollar milestone within its first day. The stretch goals are going to be interesting with this one. Of special note is the $10 “Guilt Pledge” for those who “ever pirated an Ultima game or used an exploit to grief other players in Ultima Online.”