2017 has been one hell of a year for games. While the PlayStation 4 and Xbox One continue to hit their software strides, the Switch is bringing Nintendo back to its glory days. PC gaming remains stronger than ever and I can’t think of a year I’ve had a harder time making one of these lists.

It’s my first Game of the Year list at Destructoid so it’s nice that my biggest issue is trying to keep it at ten games. Without further delay let’s take a look at my favorite games of 2017. 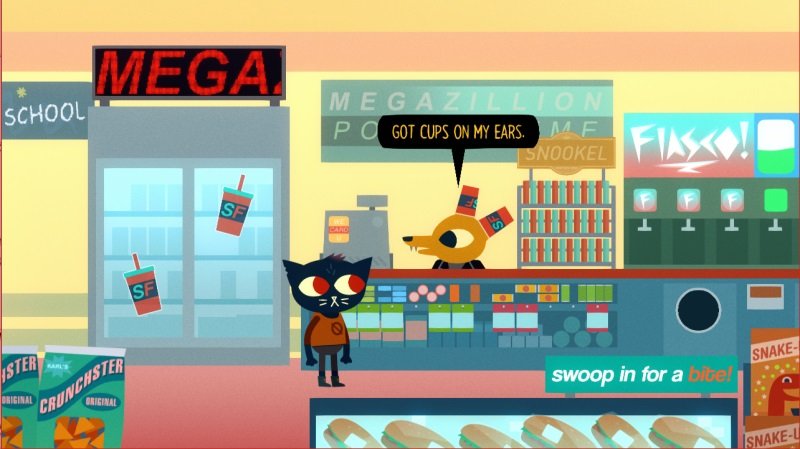 Despite its long-running Kickstarter campaign and rather large following, Night in the Woods didn’t come across my radar until a few days before its release. I’m not one to typically flock to so-called “walking simulators,” but Night in the Woods is something special.

For those who aren’t in the know, Night in the Woods follows college dropout and anthropomorphic cat Mae Borowski as she returns to her home in Possum Springs. The small mining town is in shambles, and as Mae attempts to reconnect with the friends she left behind, she finds that the town she left isn’t exactly how she remembers it. In fact, it seems to be hiding a dark secret.

Everything from the colorful art style, soothing music, and fantastic writing makes it one of my favorite games of 2017. It tells an incredibly relatable story about growing up without using dialogue that feels like a bunch of old dudes wrote a story about what they think the younger generation is like.

If you’re a fan of games with a deep narrative that you can beat in a few short sittings Night in the Woods is worth checking out. 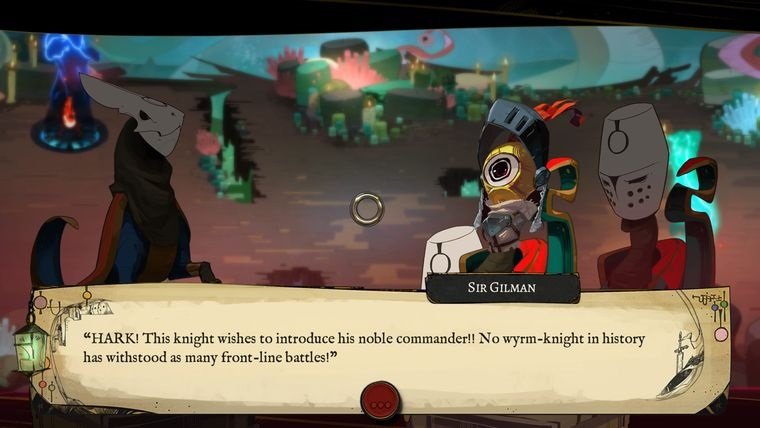 Few games surprised me this year as much as Pyre. Supergiant can always blow me away with its sound direction and artwork, but Transistor never really grabbed me and Bastion feels like it was forever ago.

Nevertheless, the studio’s new game about a ragtag group of outcasts playing wizard basketball for their freedom is pretty damn awesome. Not only is the weird gameplay mechanics of the rites a.k.a. magic basketball fun as hell, the characters and the world are all equally charming.

I could rattle on about Supergiant’s hand-drawn art for hours, but I’ll keep it simple. Nobody in this industry can top them. From character portraits to the beautiful tapestry that makes up the world map the artwork is easily one of Pyre‘s strongest features. Also, it has a dog with a mustache. That’s game of the year material if I ever saw it. Spot number nine goes to the Nightwings. 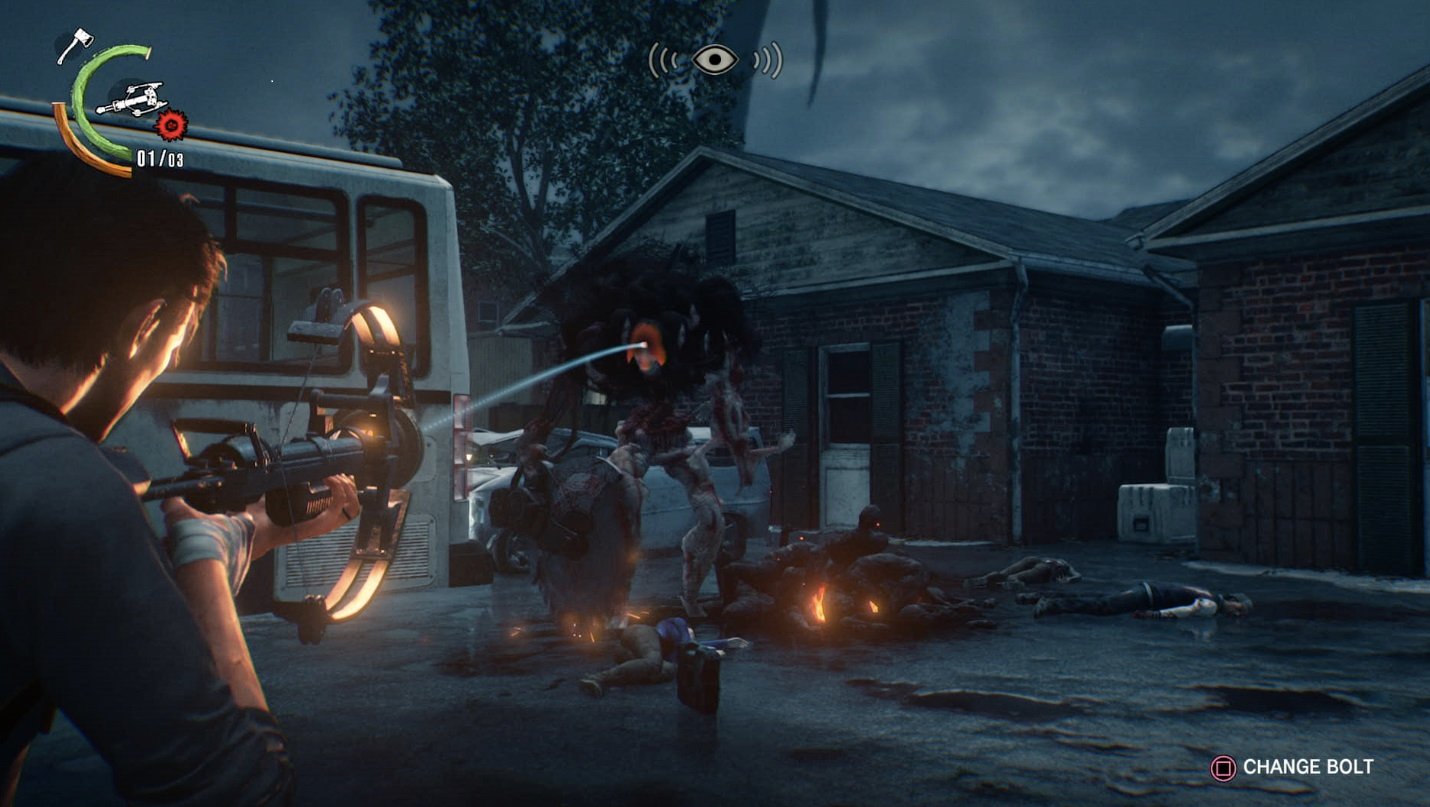 Bethesda’s second outing for this horror series almost didn’t make this list simply because I almost didn’t get around to playing it. Thankfully once I picked it up it was sort of hard to put down.

The Evil Within 2 really stands out when I consider how little I even remember about the original game. The sequel is entertaining enough that I sort of forgot the original was pretty mediocre. You’re still playing as grizzled detective Sebastian Castellanos, only this time uncovering a conspiracy behind the supposed death of his daughter.

This time around Sebastian can explore a small open world crawling with infected, scavenging for ammo, crafting materials, and establishing new safehouses. There are a few sidequests that let you grab a hold of some extra weapons and upgrade points, but the main narrative has you chasing after yet another unstable killer inside the STEM system.While the plot is still a little out there, it’s noticeably easier to wrap your head around and at the very least a lot more compelling. 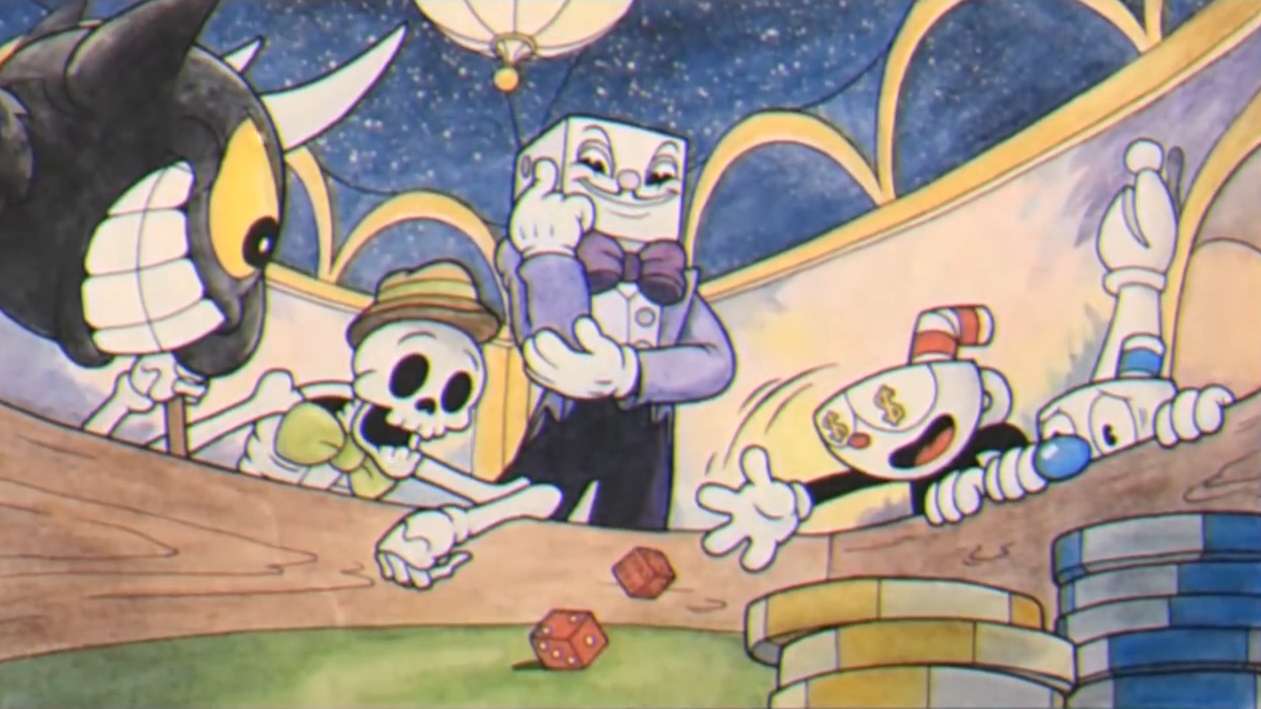 Cuphead is one I’m sure is on a lot of other lists. The old cartoon-style art and insanely catchy soundtrack are enough to pull anyone in.

That’s just what’s so great about this game. Even people who don’t typically play video games have heard about it. Over Christmas, I had family who haven’t played games since the SNES asking to check it out.

On top of all that, Cuphead is brutally unforgiving in a way platformers haven’t been in some time. The long-form boss encounters made for more than a few sleepless nights of me muttering “One more go” before finally passing out at my desk. For the record, I still haven’t finished that pacifist run. 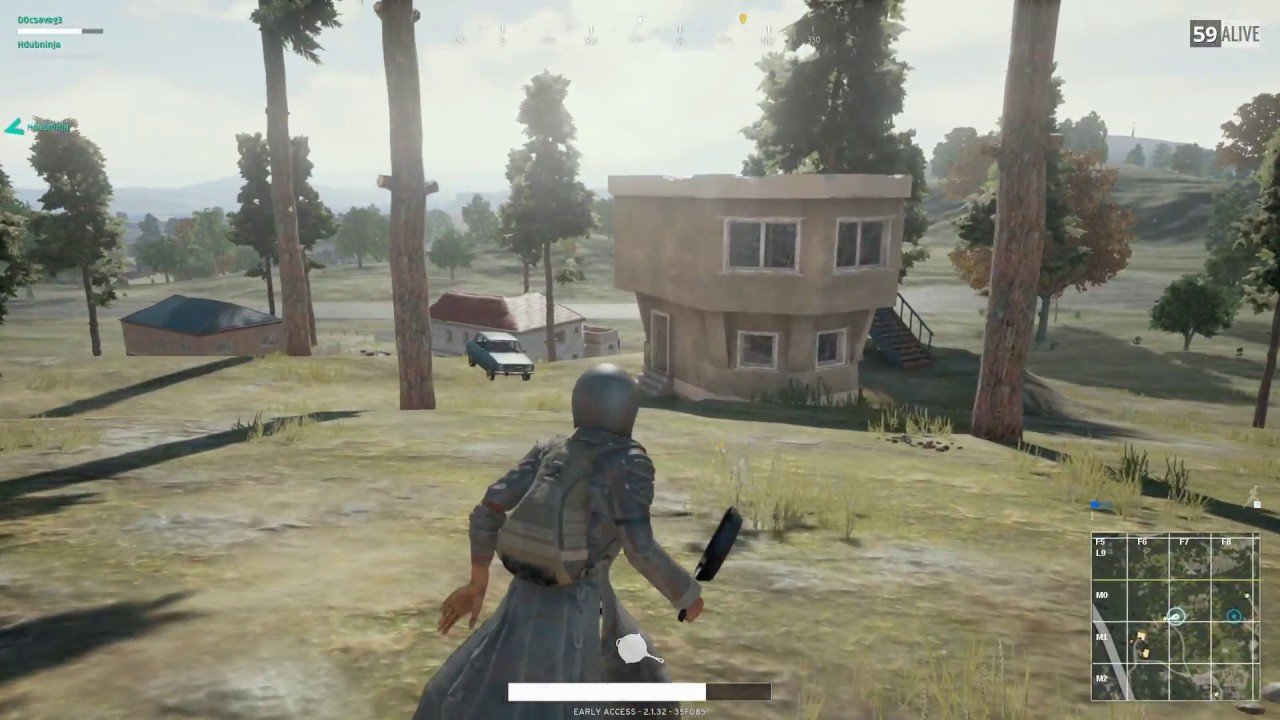 I don’t usually get absorbed into multiplayer shooters. For one, I’m more of a solitary player. I’d rather throw hours into a massive single-player game than a competitive one and on top of that, I’m not very good at them. All of that being said, PUBG is one of the few multiplayer games I enjoy immensely.

If you live in a dark cave and somehow haven’t heard about PUBG, it’s an online third-person shooter that pits 100 players against each other. You’ll land via parachute on a random area of your island battlefield scavenging for equipment all the while being pushed further inward by a closing circle killing anyone who sticks around too long.

PUBG isn’t the first of these battle royale games. H1Z1, The Culling, and plenty more had already tackled the genre. But something about this game just clicks in a way the others never did.

Up until a few days ago, PUBG was sort of a weird mess in spots. As an Early Access game, it was prone to crashing, weird glitches, and some significant framerate dips, but I think that was part of the charm. As much as I love the new polished version, it was the hours of late nights of random deaths and weird physics that made me love PUBG. 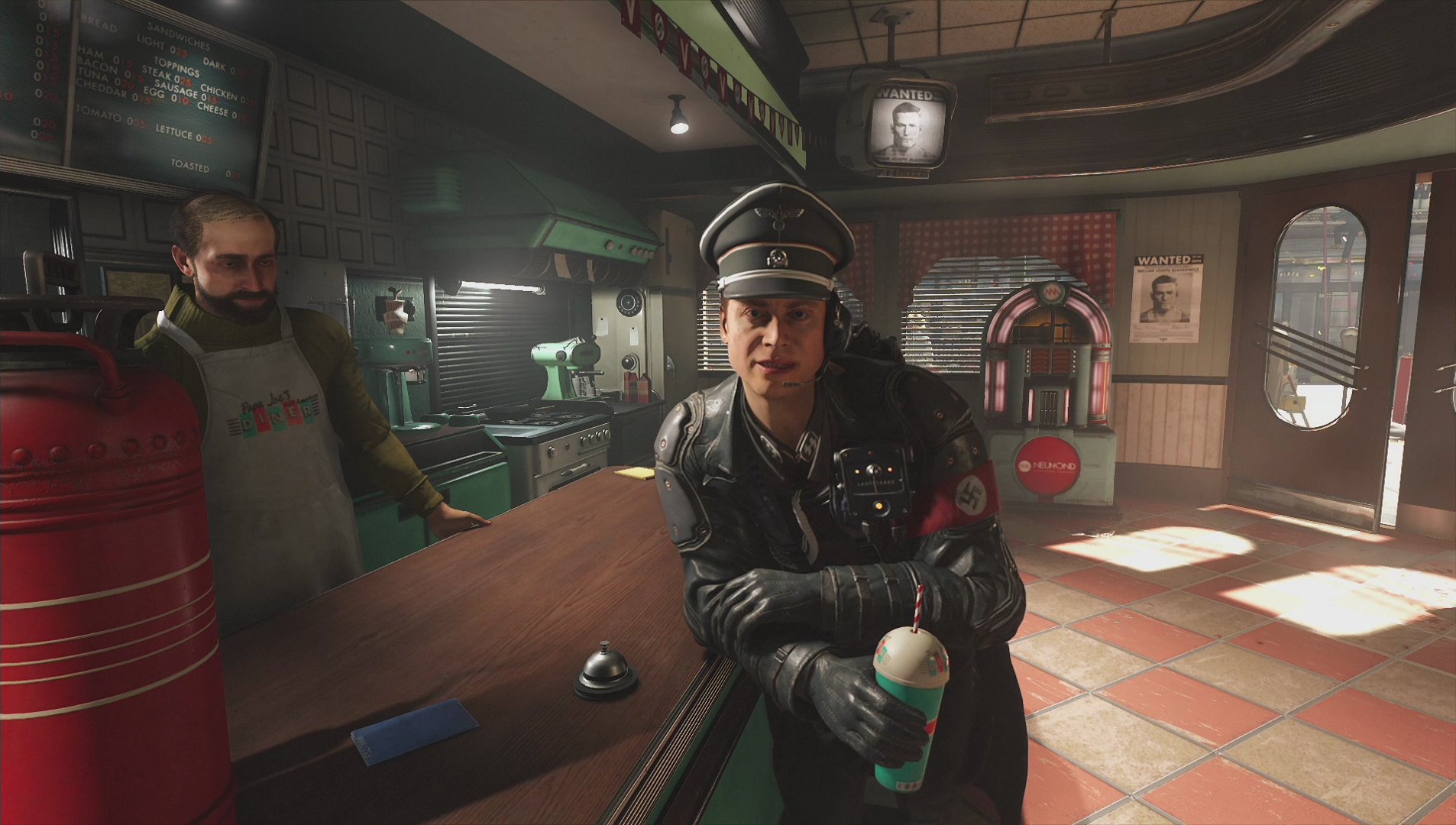 It’s been amazing to watch games like Doom and Wolfenstein step back into relevance these past few years and MachineGames’ Wolfenstein II is a zany, weird, fantastic first-person shooter.

B.J. Blazkowiczis is back to cave some Nazi skulls and this time he’s heading to a United States controlled by the Reich. New Colossus isn’t perfect, but it’s a well put together fast-paced shooter that delivers on the weird-as-shit story you expect from another Wolf game.

Wolfenstein isn’t exactly breaking any new ground for the industry, but it’s one of the best first-person shooters I’ve played in years and we need more games that can handle touchy subject matter without taking themselves too seriously. 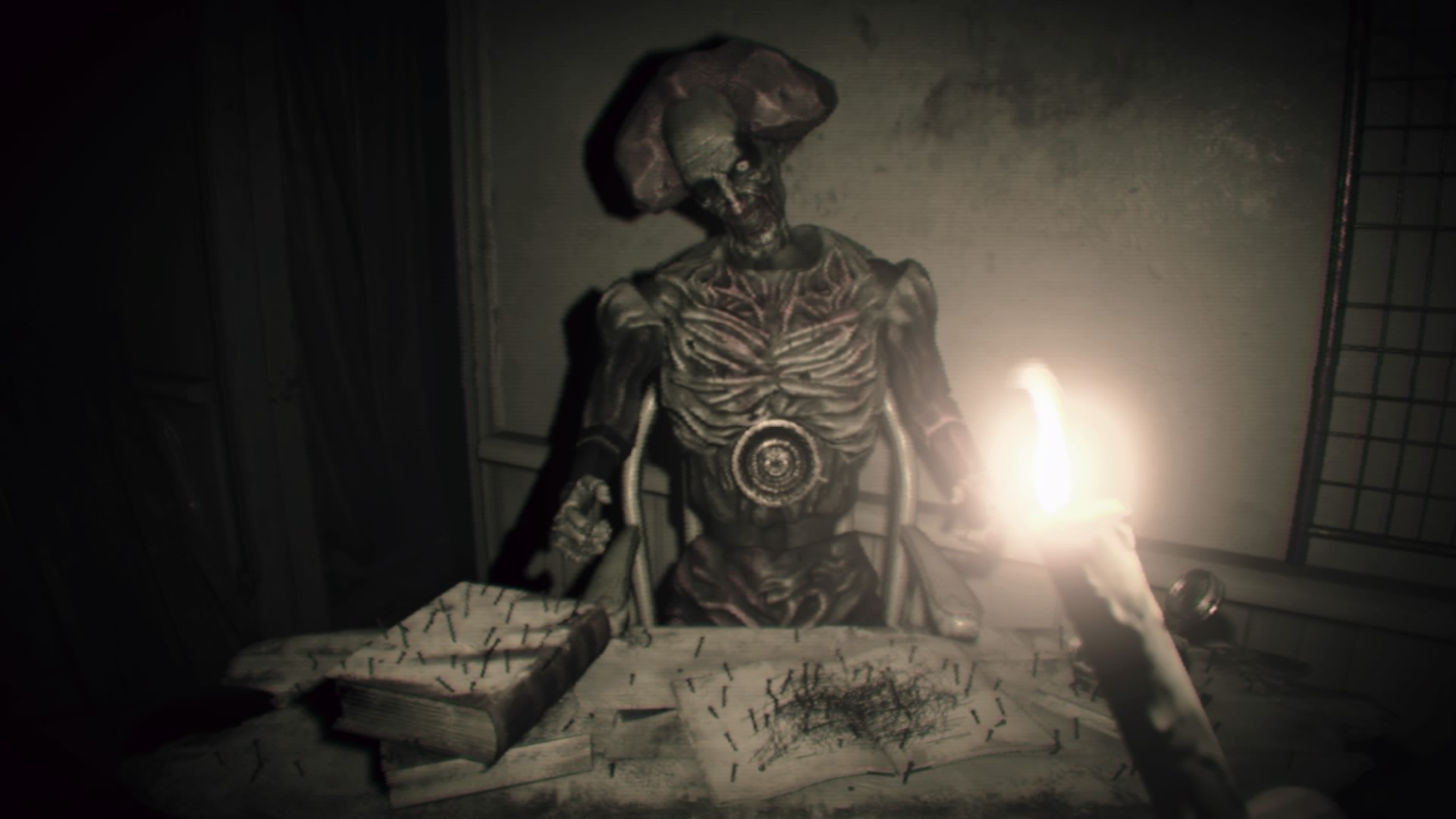 Not since Resident Evil 4 have been this excited to talk about a game in the mainline Resident Evil series, but more than putting together an awesome survival horror shooter and revitalizing one of my favorite franchises RE7 does something else important: it makes VR work.

The change to first-person seems strange for Resident Evil, but it needed to accommodate VR and it makes for a more immersive horror experience no matter how you’re playing. Our new protagonist, Ethan, isn’t some strapping superhero like Chris or Leon, but his story is more personal and I prefer a survival horror game when the player character feels a little helpless.

It’s worth noting that this is still an amazing Resident Evil game in standard mode, but as an early adopter of PSVR, I made a point to play through the whole thing in VR mode and boy does it improve the experience.

Creeping around the Baker house in virtual reality changed the way I play these sorts of games. Slowly approaching doors, peering through cracks to make sure nothing would be waiting to leap out at me, the VR adds a sense of real fear to things. It takes quite a bit to scare me and Resident Evil 7 made me believe VR is the future of the horror genre. 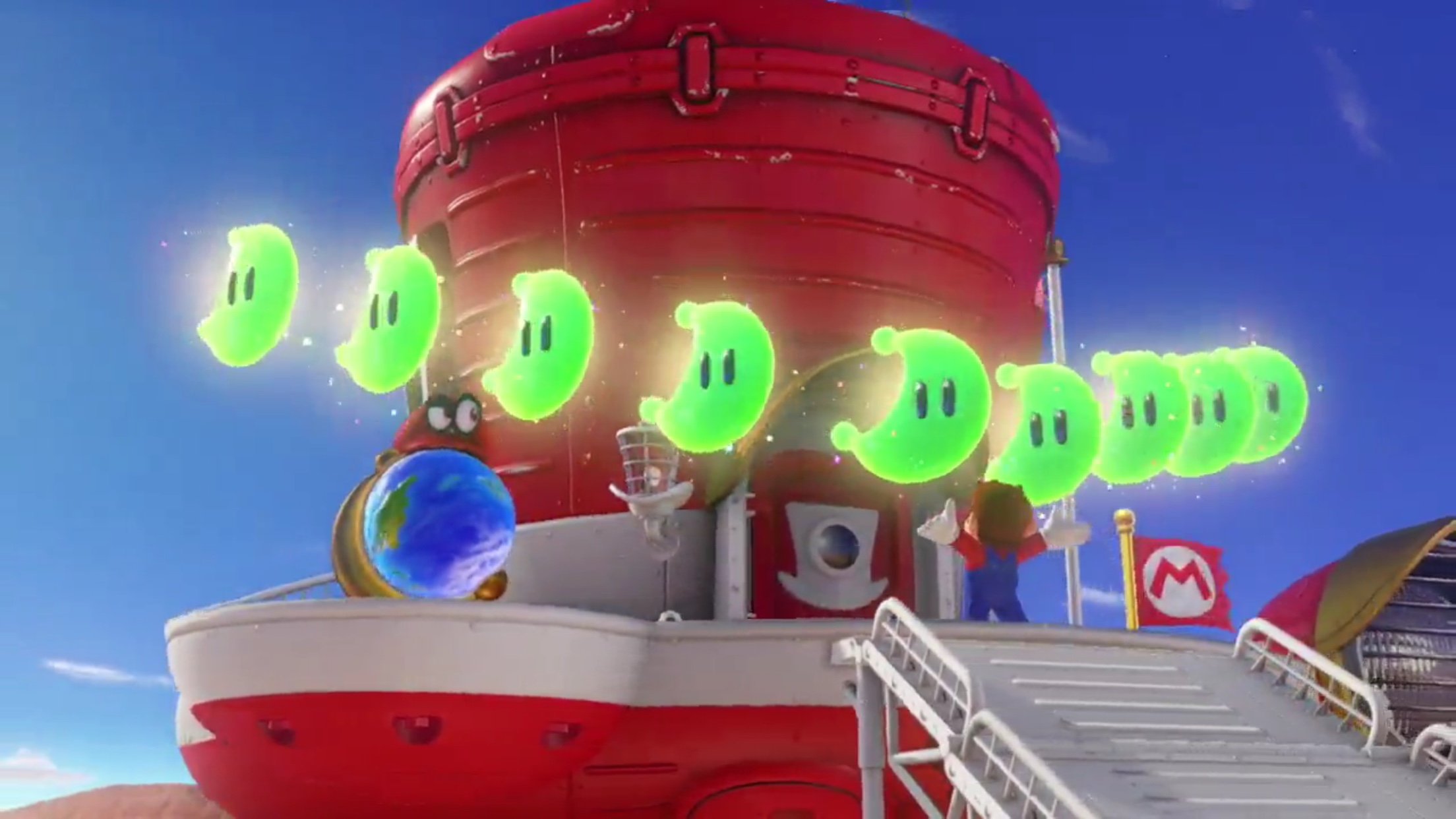 I don’t think I’ve enjoyed a Mario game this much since Mario 64. I’m a fan of Sunshine and Galaxy is great, but Odyssey really does feel like a return to form and the addition of the capture mechanic seems like more than just some dumb gimmick. Collecting moons around the various worlds like New Donk City is a fun ride for the main narrative, but the real fun comes in Odyssey‘s huge post-game full of more challenging moons to collect and a ton of fun surprises I won’t spoil here.

The worlds of Odyssey have varying art styles and directions that seem strange when grinding up next to one another, but viewing the different residents interact in the post-game is actually pretty damn cool.

I’ll definitely be bouncing around New Donk in the horrific Diddy Kong costume well into 2018. 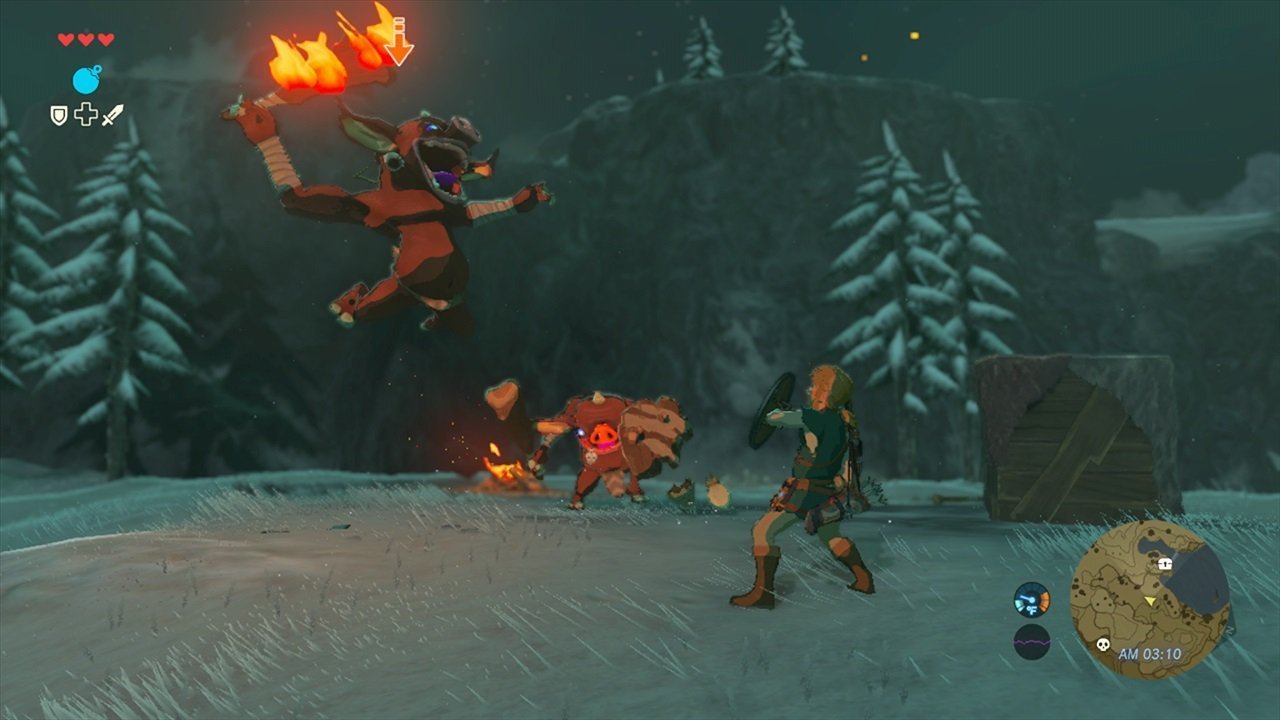 2. The Legend of Zelda: Breath of the Wild

Voted the game of the year right here at Destructoid and no doubt the Switch’s strongest game, The Legend of Zelda: Breath of the Wild took up a big chunk of my time gaming in 2017.

Breath of the Wild changed the 3D Zelda formula entirely. Sure the story was another cookie-cutter Link-defeats-Ganon episode, but the colorful vast Hyrule was a blast to explore and we got treated to some of my favorite characters of 2017 like Urbosa and Prince Sidon.

The recent Champions Ballad expansion even pulled me back in. It was a bit light on story content, but Link’s new motorcycle has me geared up to explore Hyrule a bit more. 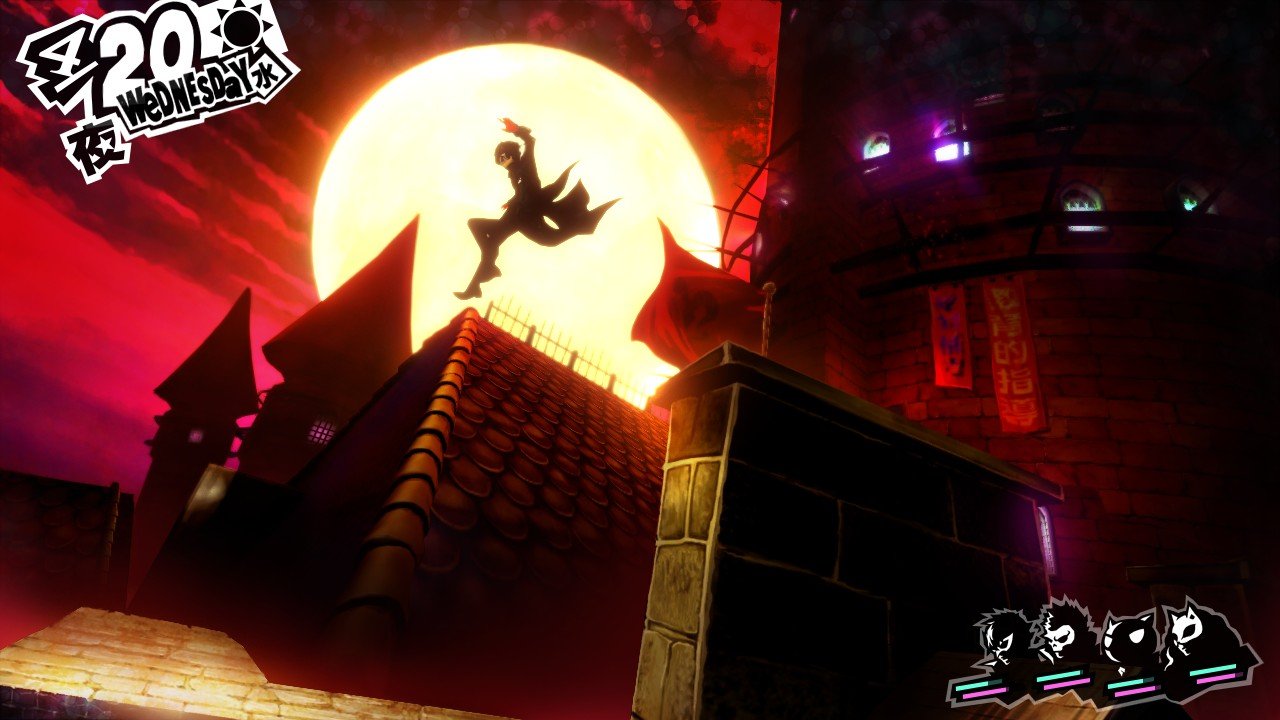 That’s right, my top pick is the weebiest game in the land, Persona 5. A few years back a co-worker pulled me into this long-running series with Persona 3 and it’s been one of my favorites ever since. I consider Persona 4 Golden one of my favorite games ever.

Persona 5 was a little rough around the edges in the localization department, but it still tells an amazing story, has a great cast of characters, and I do love turn-based RPGs. If you’re unfamiliar with the Persona formula, it blends dungeon crawling and turn-based combat with that Japanese slice-of-life gameplay that I love. If you’ve never played a Persona game, you play as a group of Japanese high school students who fight monsters using their special power called Persona at night but have to balance their social lives and attend class during the day.

Full disclosure, this game takes a few hours to really get off the ground, even compared to past Persona games. Once it does, however, it oozes style and charm. If I were giving a best interface award P5 would take that one too.

I put close to 200 hours into Persona 5 this year and I’ve been eying another new game plus ever since, but doing my best to hold out for the rumored Persona 5 Crimson. For fans of anime or old-school RPGs, this one is a must and my absolute favorite game of the year, but you should really stop reading this list and get to bed.