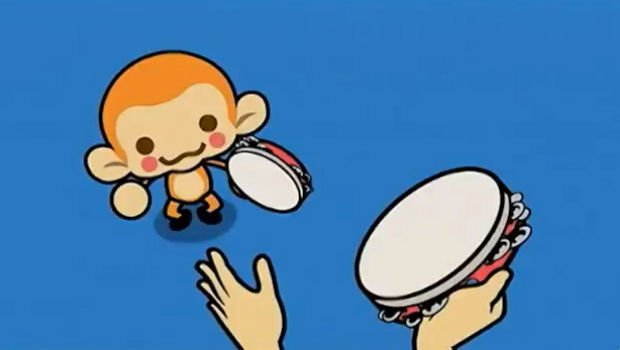 In Japan, the latest Rhythm Heaven game is called Minna No Rhythm Tengoku, which roughly translates to Everybody’s Rhythm Heaven. It looks like Nintendo of America is going with a different direction for the game’s Western localization, and are instead going with the Patapon-flavored moniker Rhythm Heaven Fever.

If this is a promise of things to come for the game’s translation to English, then I can deal with it. I never expected all the original charm from the Japanese version to translate into English. Topher Cantler and I were quick to discover that this was the case with Rhythm Heaven on the DS.

Instead, what I hope we get here is a game that has an inspired localization that actually adds new droplets of joy into my life. I can deal with changes as long as they are made with love. I suppose Fever seems like a loving enough change. It’s certainly better than The Beyonce Game. That said, there will be Hell to pay if Nintendo of America messes with “NEH VAH GEE VAH UH POOH!“