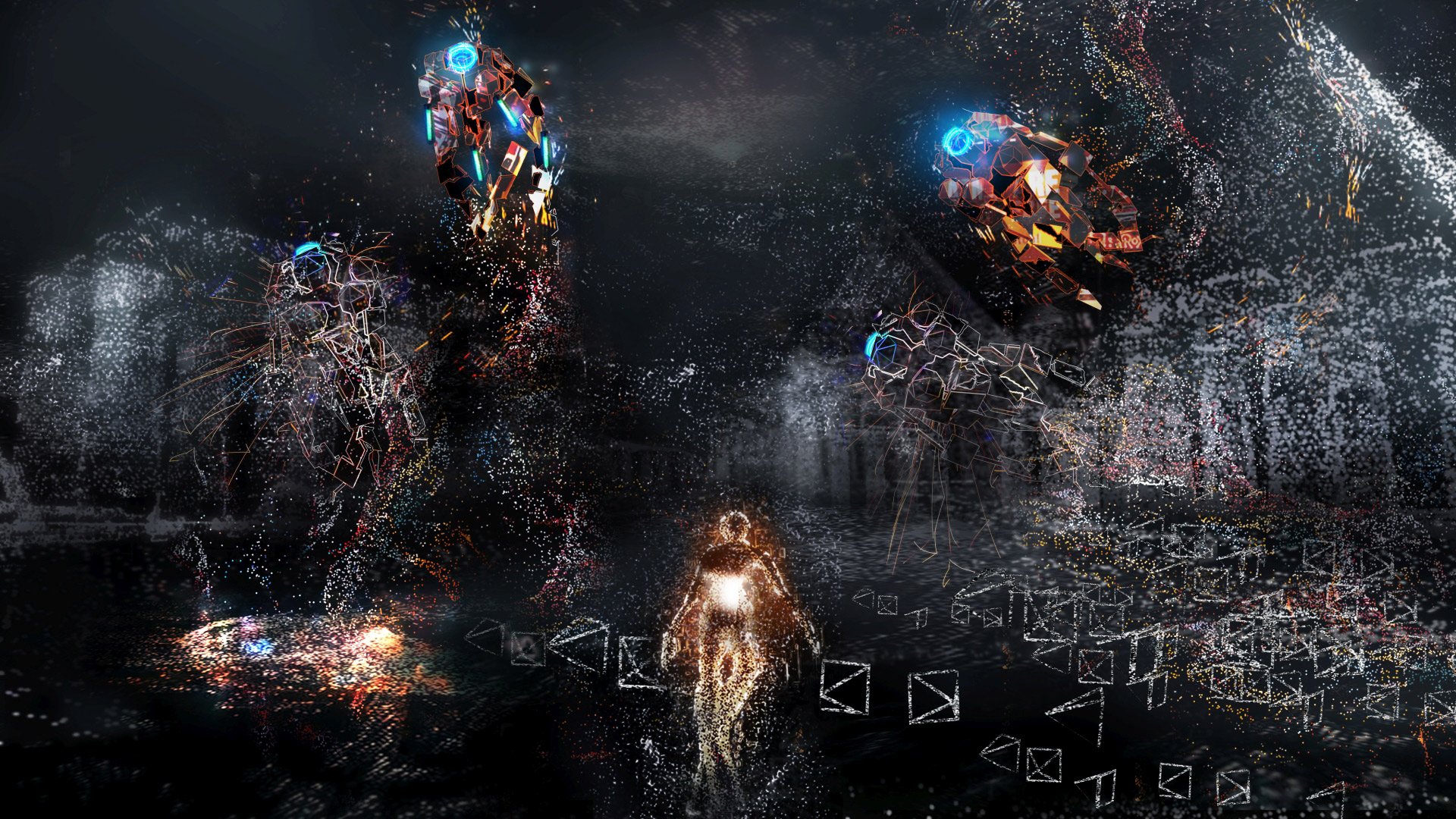 Rez in VR is a ‘much higher experience’

If there’s one game that’ll push me into buying a PlayStation VR this October, it is Rez Infinite. Tetsuya Mizuguchi’s musical on-rails shooter holds that much power over me. It’s incomparable.

While I haven’t yet seen first hand how Rez handles the transition to virtual reality, if literally nothing else, this new version will enable us to play the game again on PlayStation 4 (reminder: PSVR isn’t required). And more than being just a straight remaster, Rez Infinite has mysterious new content.

To date, Enhance Games has said little if anything about the game’s new zone, “Area X,” but we have a concept art mock-up, shown above, and a couple seconds of footage, shown at the end of this trailer.

The anticipation is killing me! Over the weekend at PAX West in Seattle, I did my best to get more details about Area X out of Mizuguchi-san. Lately, he’s been splitting his time between Rez Infinite and Lumines: Puzzle & Music, which just released worldwide for mobile devices. The latter game was the main focus of the interview appointment, but he was able to share a few surprising remarks.

“I cried many times,” he said of Rez Infinite‘s new area, leaving the rest to our imagination. “This is kind of a new experiment [combining Rez with VR]. It’s a much higher experience.”

Mizuguchi-san said that it has been “very fulfilling” working on Rez with the new technology, which seems to me to be an ideal fit for a game so focused on creating a connection between music and player. The immersion of VR is only going to strengthen that bond.

“I have a pretty good amount of confidence that this is the right thing for Rez,” he said. “I need your reaction. I need your feedback! Especially from people who know Rez as it is.”

That’ll have to wait, though. There’s just over a month left to go before Rez Infinite hits PS4. As for Xbox One and PC players, I don’t have any news to report there, but I did bring up Rez HD, which saw an Xbox 360 release back in 2008. Will it become backward compatible on Xbox One? “He has been approached by Microsoft,” I was told through a translator, “[but] we don’t have a final answer or anything.”