The lack of a tether helps

I can’t believe it came out in 2001, but the even crazier realization is that so many powers that be have kept this classic alive for so long. It easily could have died on the Dreamcast and PS2, becoming an urban legend: the sort of $150 disc that’s passed around in whispers at tradeshows. Instead it got a new lease on life in 2016 on the PS4 with the Infinite edition. The rest is history.

This one is here to stay. 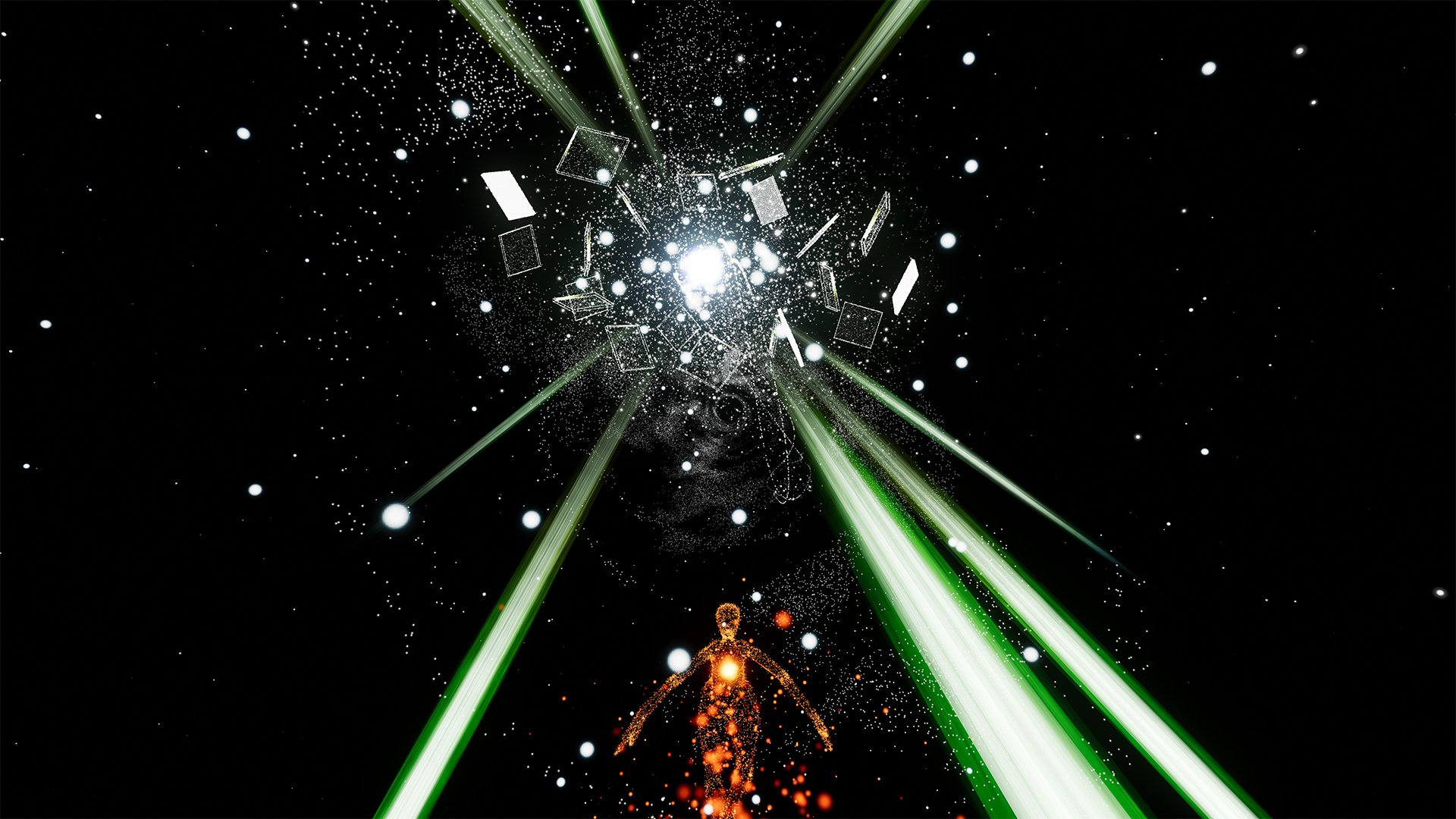 In case you haven’t been keeping track, famed producer Tetsuya Mizuguchi helped bring Rez back, with the intention of it working as a PlayStation VR title first and foremost.

From a quality perspective the gambit paid off, as Rez is even more tantalizing in VR with headphones. While the original “you can clear this in an afternoon” campaign was intact, the new Area X level served as a pseudo-sequel of sorts: a proof of concept that a new Rez could work in the current climate. While we don’t quite have Rez 2 yet, Infinite is lovely on the Oculus Quest, where it’s set to arrive on October 13.

Unlike the other versions released so far, Rez Infinite highly benefits from being played on the tetherless Quest (I tested it out on my newer, sharper Quest 2 hardware with the Logitech G Pro X headset). Even the “normal” stages are more interesting when you can swivel your head around at will, and Infinite can be played either sitting or standing: the latter of which benefits from a lack of a tether.

But really, Area X is where the Quest version shines. It’s here that the game really lets loose, turning off the on-rails mechanic and letting players roam about in a 3D space. As you can imagine, completely turning your body around with utter freedom is ideal here, as you attempt to shoot down any potential foes at all angles.

As I said in my glowing review of the PS4 version, the rest of the electronica-fueled synesthesia trip is built for VR. Like many VR games before it, it offers something completely unique that 99% of the titles on the current marketplace just don’t offer. A combination as diabolically original as Tetsuya Mizuguchi and virtual reality will do that.

If you haven’t played Rez yet and even vaguely enjoy music-based experiences, now is the perfect time.