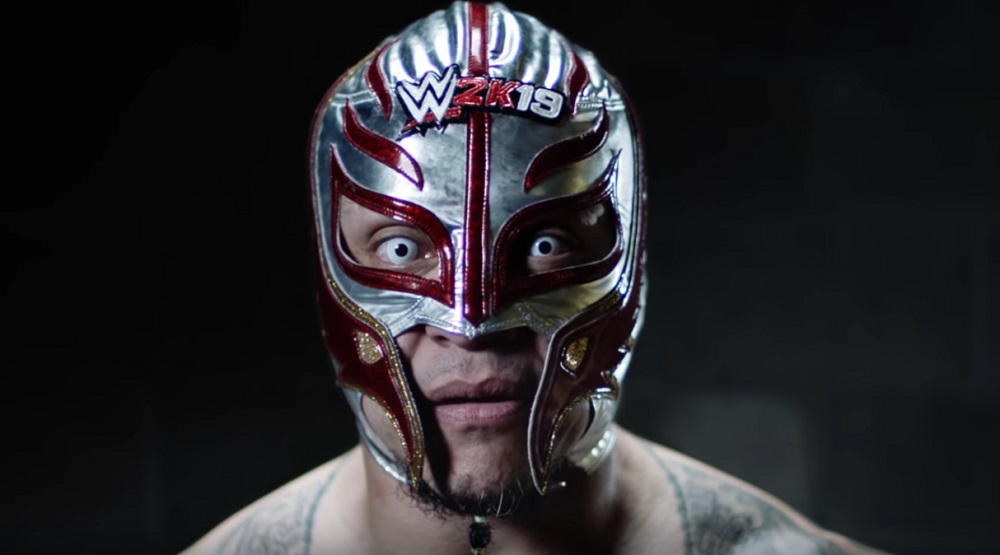 2K Games have revealed the exclusive pre-order character for the next entry in their never-ending, nor improving WWE2K series. This time it’s non other than one of the most recognisable luchadors of all-time, Rey Mysterio Jr.

Mysterio Jr. gained global fame in the ’90s in WCW, where he engaged in incredible matches with fellow high flyers Psychosis, Super Calo, Chris Jericho and Blitzkrieg. One of his standout matches was an incredible battle with the late Eddie Guerrero at Halloween Havoc 1997.

After losing, then (controversially) regaining his mask, Rey moved to the WWE where he dropped the “Jr.” from his name and went on to become an incredibly popular star, especially among younger fans. Mysterio would win the Royal Rumble in 2006, going on to capture the World Heavyweight title at Wrestlemania 22.

Although he has recently returned to the WWE in a part-time capacity, Mysterio is still an odd choice for a pre-order character, having been a part of WWE games for over a decade. Rey has appeared in most Smackdown, Smackdown vs Raw and even some WWE2K titles, so his exclusivity here doesn’t carry the same weight as when other pre-order characters, such as The Ultimate Warrior or the returning Kurt Angle, were announced.

Regardless, Mysterio will forever have legions of dedicated fans, so this is great news for them and is bound to pop the pre-order counter. We also get to see The Empress of Tomorrow, Asuka, in this trailer, so huzzah.