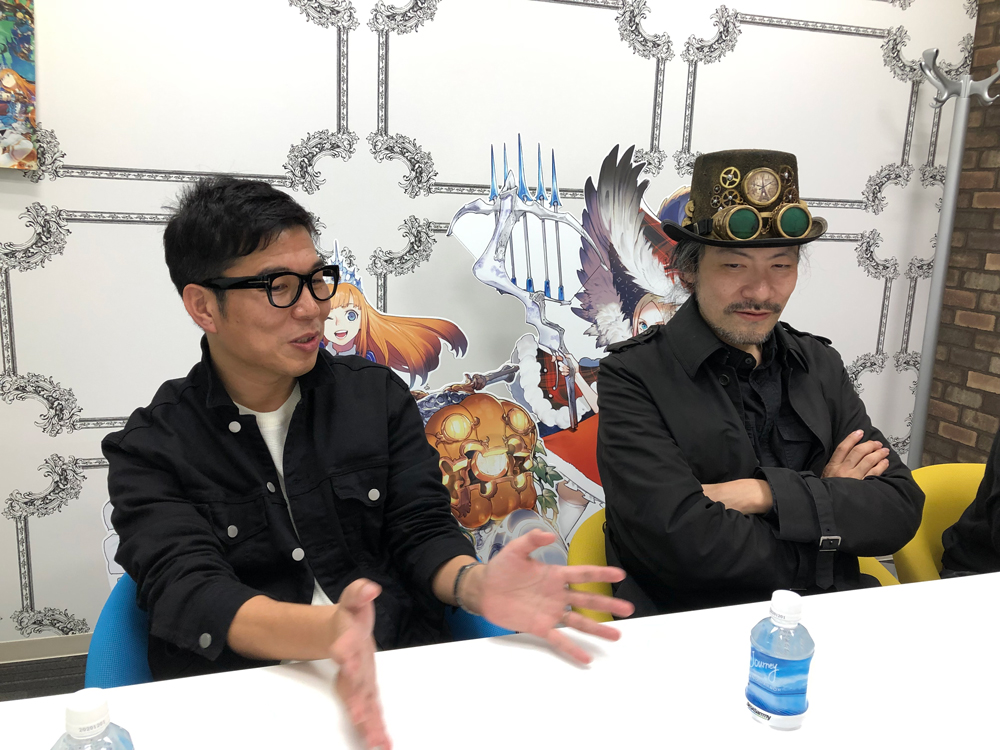 Quite the story with this one

Supercell really hit it out of the park when it created Clash Royale, the card-based real-time strategy game that’s a spinoff to its massively popular Clash of Clans game. The success of that game spawned a series of imitators, with well-known franchises such as Titanfall, South Park, and Gears of War putting their own spin on the formula. Now, Sega is throwing its hat into the ring with help from one of gaming’s most celebrated creators.

Revolve8 launched earlier this month for mobile platforms. Like those other games, it involves building a deck of up to eight cards featuring a mix of heroes and grunts to lead you to victory. The game is produced by Masayoshi Kikuchi of Jet Set Radio and Yakuza fame with character designs by Koji Igarashi. Last week, I was able to interview Kikuchi-san about the new game, fresh off its recent launch.

“I always wanted to create a game that focuses on characters that people know and have an attachment,” Kikuchi-san explained. “We thought first about making a single-player game, but thinking about the long-term, PvP sounded like a better fit. Therefore, we decided to create a game in the card-based RTS genre that is pretty popular today.”

It’s easy to see the appeal of the genre. Besides being the best example of free-to-play done right to date, coming up with all those different cards and characters can lead to brilliant moments of creativity. For Revolve8, that creativity is found in spades within its broad band of heroes derived from popular folktales and other books. The breadth of influence is wide, from eastern characters like Momotaro to western figures like Little Red Riding Hood, Cinderella, and deeper cuts, such as Clara from Heidi.

“Igarashi-san had the original idea of creating a game featuring fairy tales,” Kikuchi-san said. “We first decided the game design — i.e. characters with long-range attack — and then decided which character would fit best. Igarashi-san picked up the most contradicting and unreasonable points in the original fairy tales, and developed the characters using these points.”

These characters are what sets Revolve8 apart from most of the other games in the genre. With similar titles, you simply set them on the battlefield and let them do their thing. If you play your cards right, literally, you have the best shot of guaranteeing victory. That’s still the same here as cards have their own strengths and weaknesses, but this game adds character skills to the mix.

Each hero character, of which you can load a maximum of four into your battle deck, has two skill. One skill they can use so long as they’re currently in play and they’ve filled up their skill gauge. For Momotaro, this is his Slash Dash attack that deals a pretty decent amount of damage. For Karen, whose literary origins I’m not quite sure of, her normal skill creates an HP shield. One of the heroes you assign to your deck can act as the leader, giving you access to their SP Skill. This is either a massive attack or some other super move that can turn the tide of battle. For Emperor, an absolutely stacked version of the title character from The Emperor’s New Clothes, his SP Skill is Mighty Ruler, a move that turns enemy attention towards him while reducing the amount of damage he takes by 85%.

The addition of skills adds a fine new layer of strategy to the formula. I’ve been playing Revolve8 for the past week and it’s really been hitting all the right notes for me. The action, while a bit on the slow side, has a nice back and forth to it when I’m not obliterating my opponents with an Emperor/Momotaro deadly combo. There is plenty of PvP fun to be had, but the game also includes an extensive single-player mode. The story sets up the world, a place where all these literary characters do battle for a chance to shape their own destiny.

At the start of the campaign, Peter Pan emerges out of nowhere and absolutely decimates everyone in the contest. In the wake of his victory, many of the areas of this land are annexed into Neverland, a mysterious place where smiles are mandatory. The story then proceeds to go right off the rails as characters fly on giant birds, get shot down by surface-to-air missiles, and so much more. I’m only on chapter three, but this is by far one of the most insane stories I’ve encountered in a free-to-play title.

Besides being weird, Revolve8 is quite beautiful and the character designs are eclectic. According to Kikuchi-san, those elements came to be because of Igarashi’s involvement in the project.

“The project started when I met Igarashi-san three years ago at a party with all kinds of industry creators,” he said. “At that party, Igarashi-san showed me his work — ideas that he was working on at that time with concepts, assets, etc. I immediately thought this was very interesting and shortly after that we officially talked about starting a project together. That said, the base for the world view and the characters came from Igarashi-san. For creating the characters, Igarashi-san contributed significantly with his ideas and we constantly talked about it while developing the game.”

More than 500,000 people have downloaded the game so far and Kikuchi-san said his team is already considering new hero characters, player functions, and monthly updates for the title. The game has already edged out Clash Royale as the game I play every night as I wait for dinner to cook, so I’m very much interested in seeing where this goes and which other classic characters of literature show up.

Revolve8 is now available for download for iOS and Android.