The best racer of its generation

When we look back at the launch of the Nintendo Wii, there are a few titles that immediately come to mind. They’re the ones that would go on to define the console throughout its lifespan. There’s Wii Sports, obviously, the pack-in that your grandmother probably still plays today. Then there is The Legend of Zelda: Twilight Princess, Nintendo’s first cross-gen hit that was saved from the Wii’s poorly performing predecessor to find massive success in the new generation. Those two titles were enough to sell the console to millions of people and radically expand the market for console gaming. As much as I enjoy both them, when I look back at the Wii’s start and the titles it launched with, honestly, it’s Excite Truck that fills me with the warmest memories.

The Excite series has never been a priority for Nintendo. The NES original didn’t see a sequel for more than 15 years when Excitebike 64 hit the Nintendo 64 near the twilight of its life. In fact, I’d say more people know the game from its inclusion in Mario Kart 8 Deluxe than as its own franchise. I don’t think Excite Trucks did enough to move the needle in the franchise’s favor — and really, what do you expect launching alongside Wii Sports — but it did prove popular enough to give us a sequel that remains one of my most treasured racing games of all time: Excitebots: Trick Racing. 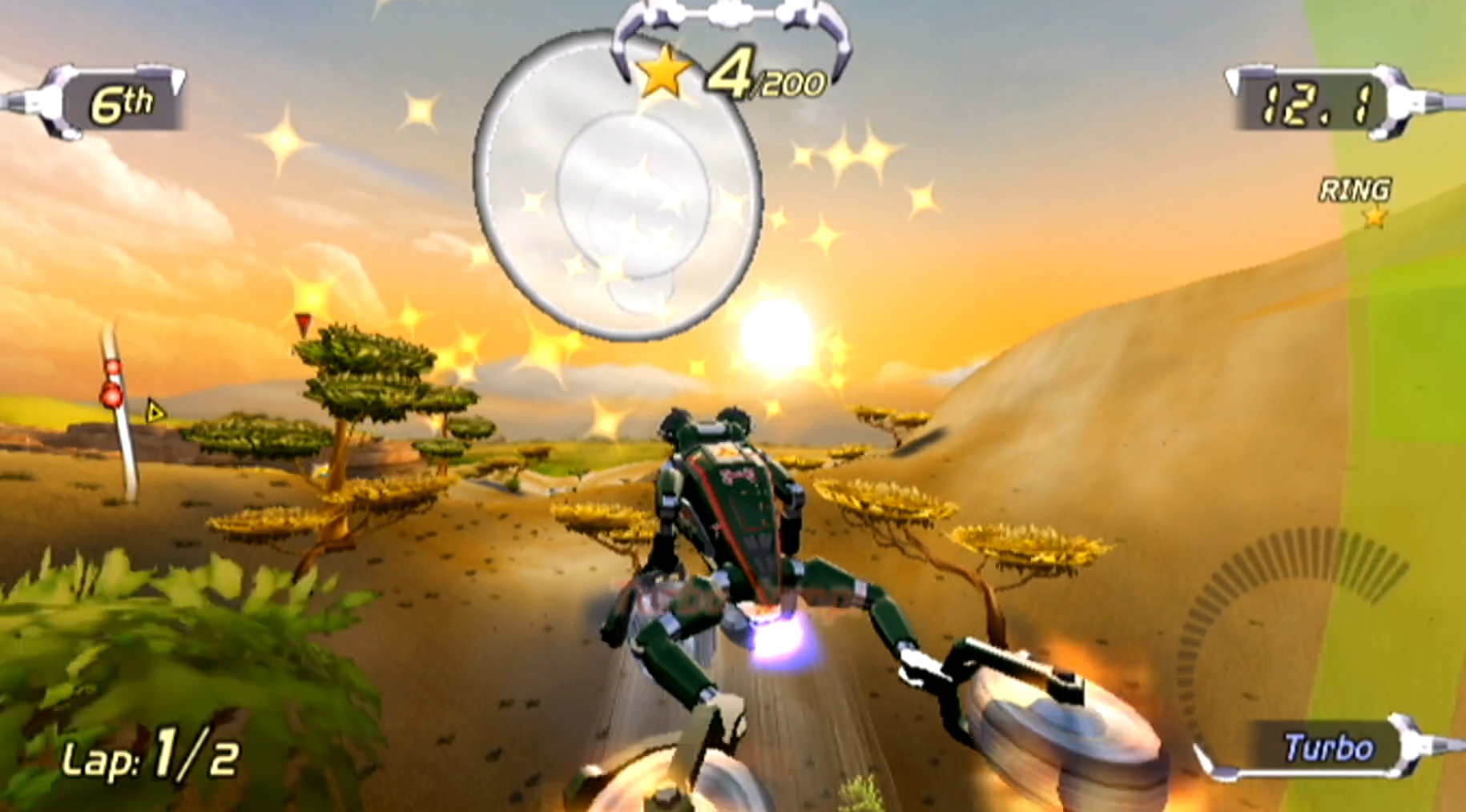 One of my favorite things about the Wii is how it took those little habits we have as gamers and turned them into actual gameplay elements. Think of how many times you’ve played a racing game and instinctively turned your controller as if that would help your car? Or every time you’ve played Super Mario Bros. with a parent and they flick the controller up as if that’ll make Mario jump higher? Most of us did that growing up (and some of us still do) and playing through Excitebots, Monster Games took those little tendencies and gamified them for an absolutely wild arcade racer experience.

When Nintendo first revealed the motion-control capabilities of the Wii, a racing game where you tilt the controller to steer your vehicle was an inevitability. Excite Truck did it well. Need for Speed: Carbon, eh, not so much. And as fun as it was to take those massive jumps across China and Fiji in Truck, Monster Games went back to the drawing board for ‘Bots to see just how much more it could fit into these tracks. The sequel would still be an arcade racer like the original, one that rewards speed and big jumps while giving players the ability to reform the track as they drove it. But it would be infused with what the Wii, by this point, had become best-known for: mini-games.

Imagine having to compete against five other racers and also bowl a perfect strike? Or hit a drift just right while kicking a field goal? Or getting a boost in speed but only if you hit the last two notes of “Shave and a Haircut” on a tambourine? Excitebots asked players to do that and more. Racing here just wasn’t about taking first place or doing a trick off some sick jump. It was also about throwing a pie into a clown’s face or attacking your opponents with some chattering teeth. And that’s to say nothing of the poker races that were a blast to play while drunk, when you couldn’t tell the difference between a club and spade so you’d argue the game is broken because you totally had a straight flush. It’s a silly experience; sadly, one most Wii owners didn’t get a chance to try out for themselves. 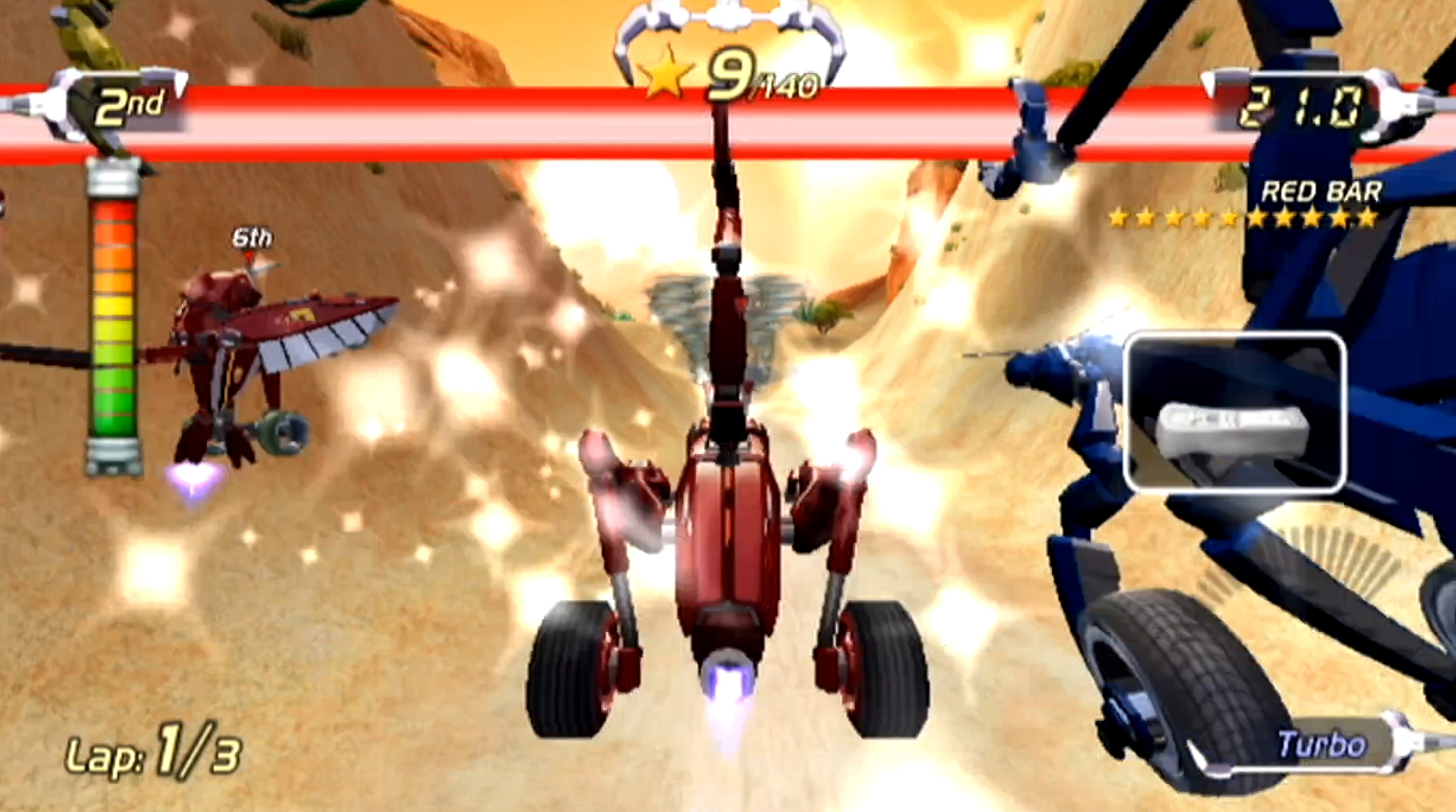 Nintendo was really weird with the Wii. Most of us probably remember the whole “Operation Rainfall” ordeal to get it to localize three of its core-gamer titles, one of which is now a million-seller franchise for the company. Excitebots had no trouble finding its way to North American stores in 2009, but it only made it to Japan in 2011 as a Club Nintendo reward, and European players were left to mod their Wiis and import it if they wanted a shot at it. Even when it was re-released as a downloadable title on the Wii U, it stayed on this side of the Atlantic.

Diving back into it this past month, my original save file lost to the ages, it struck me how timeless of an experience Excitebots is. Sure, it looks like a GameCube title, and the motion controls don’t always work as fluidly as I’d like, but ten minutes in, I was reminded about why this game remains one of my all-time favorites. It’s like somebody took carnival games and turned them into an arcade racer. Racing is fun. Throwing darts is fun. Throwing darts while driving at speeds that make Mario Kart Wii look like a race between 12 Model-Ts is incredibly fun.

And I love the fact that it isn’t explained why you’re now driving motorized bugs, rodents, and reptiles. Why am I racing in a turtle with wheels? Hell if I know, but if I’m able to grab this hammer, I can literally smash my competition. I tell you, there is no joy in racer like going off a mad jump, completing three full rotations, and then landing on the ladybug in first place. That’s exhilarating and exactly what’s been missing from my Switch. 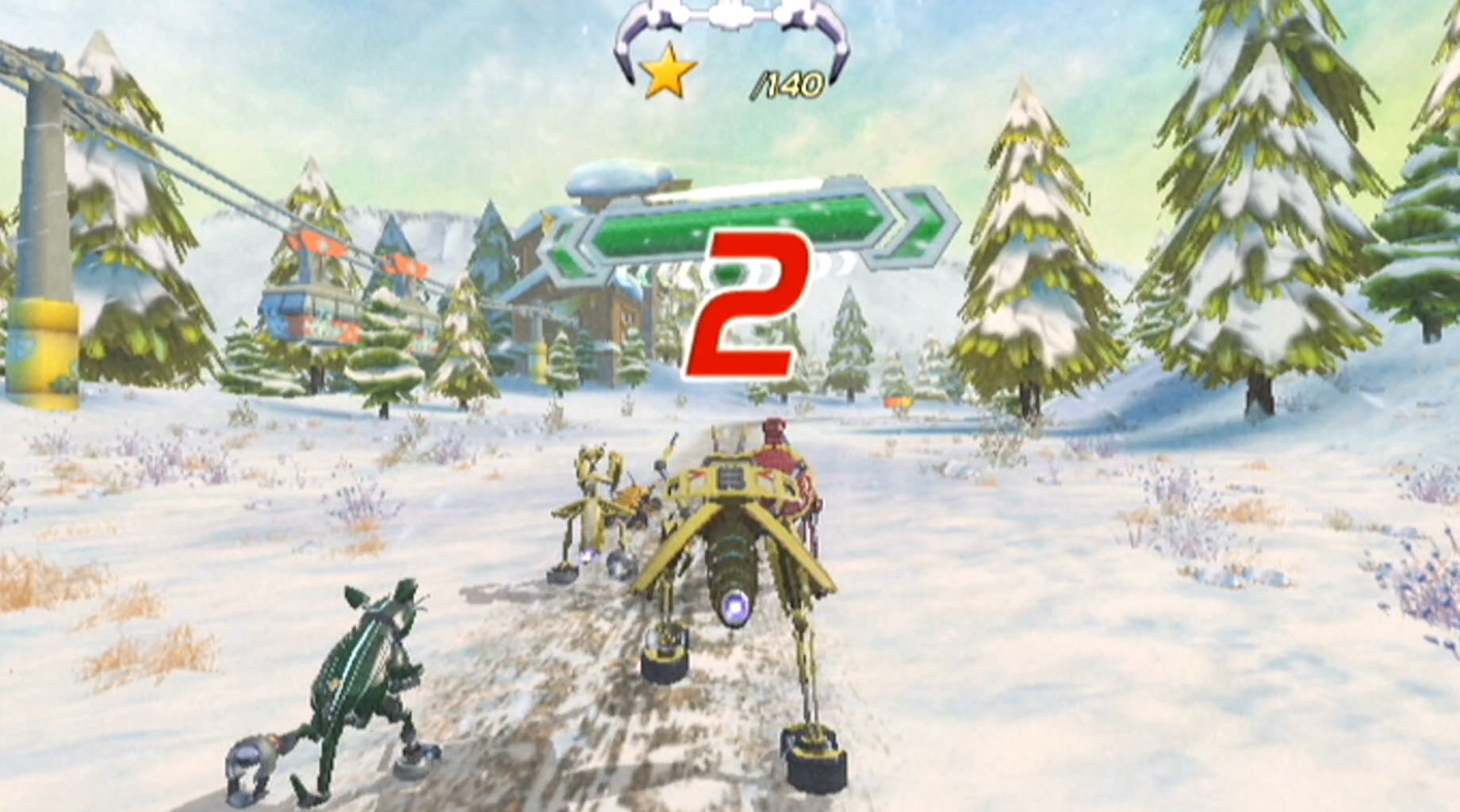 Any Nintendo fan will tell you the company isn’t the best when it comes to treating its racing franchises right. We’re all still waiting for a new F-Zero, Wave Race hasn’t been seen since Blue Storm, and let’s not forget about Stunt Race FX (no matter how hard we try). All of those series take a back seat to Mario Kart, and while I understand why Nintendo would put all its eggs in the basket that sells 25 million copies, I can’t help but picture what new entries in these series would look like on Switch.

All of those franchises creep into my mind, but mostly I think about Excitebots. I think about blazing across the moors of Scotland in a bug vehicle, a truck, a bike, or even all three. All three of the different Excite vehicles together in one game where winning doesn’t matter as much as having fun. That’s what Excitebots is to me. It’s the game that never lets you forget that it’s just a game, and games are meant to be fun.