Finally a game that proves that the real monsters are children

I’m not sure if this is unusual since I don’t typically discuss “emotions” with other “humans,” but I generally play psychological horror games to feel sad rather than scared. Video games lost their ability to frighten me some time ago, but I straight-up bawled at the end of Yomawari: Midnight Shadows. Many games of this genre just seem to be very apt at deconstructing the human condition and then savaging you with it.

It’s to the point where I seek them out whenever I’m feeling the big sad and feel like poking myself in uncomfortable spots. One place where I didn’t expect to find a good poking stick was in Rule of Rose. This is partly because I knew absolutely nothing about it aside from the fact it was critically panned. The only reason I went to the extreme effort of seeking it out was that it was made by Punchline, who had previously created my beloved Chulip, and I feel like I owe them a kidney for bringing it into my life. 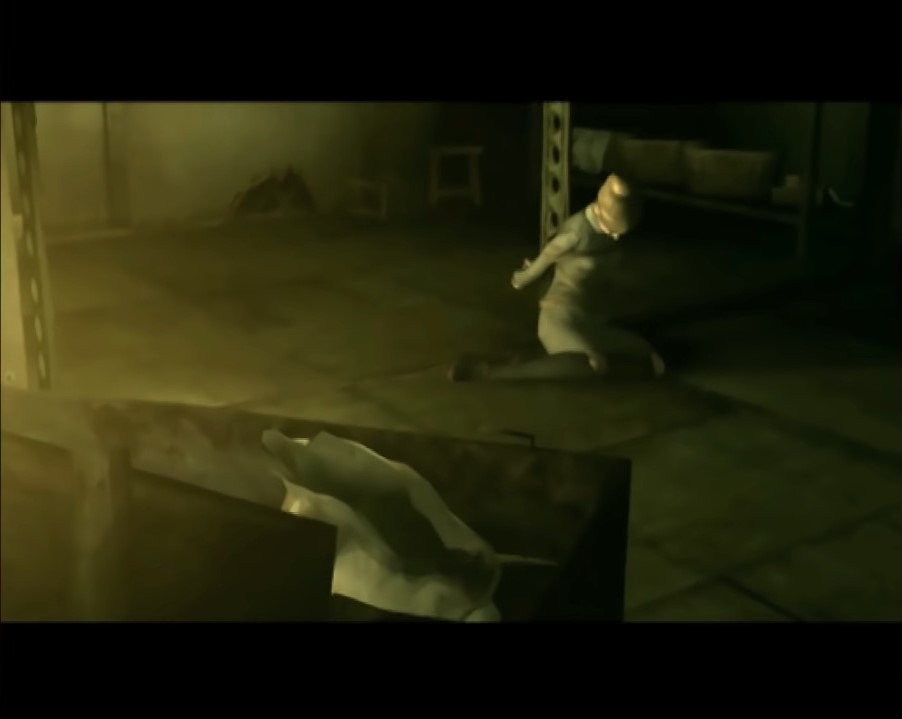 I really need to put upfront here that this article is going to tread alarmingly close to spoiler territory. I’m going to be careful so there are things left for you to discover, but Rule of Rose is the sort of game that doesn’t play its hand until the very end and I’m going to show you a few of its cards. A lot of things are clarified in the epilogue, while the narrative itself is presented in a cryptic fashion that isn’t easily understood. So if you want to travel into the surreal world of Rule of Rose completely naked, now’s your chance to disrobe and abandon article.

I mean, listen to this: You play as Jennifer, described in the text as “The Unlucky Girl.” You get off the bus on the wrong side of town and find yourself at an orphanage. Before you can even get your bearings, you’re captured by children and taken aboard an airship. Or something. It’s not quite clear because you’re in a box. One moment orphanage; the next airship.

You find yourself at the mercy of Red Crayon Aristocrats, a group of snotty kids who demand various offerings throughout the game ranging from a pretty butterfly to a mermaid. Failing to provide these results in a variety of humiliations, like getting a rat rubbed on your face. The fact is, Jennifer isn’t your typical heroic protagonist. Stuck in her body, you’ll spend most of your time being tormented, beaten down, and not really fighting back. Enjoy. 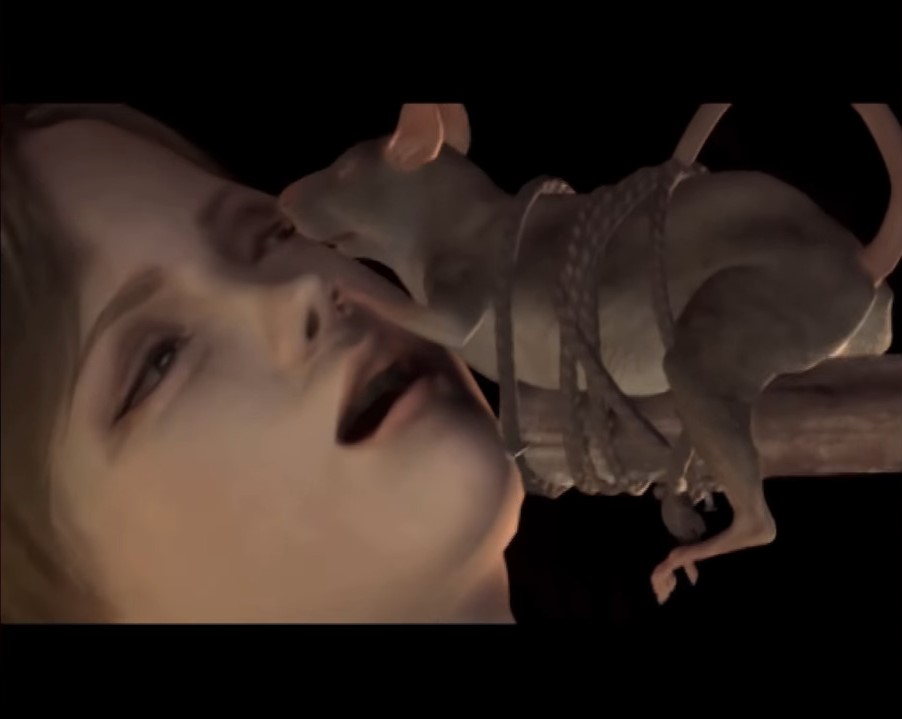 Rule of Rose is, thematically, about torment, bullying, and cruelty. A lot of the things you fight seem to be nothing more than darkened manifestations of Jennifer’s memories. On the surface, you appear to be a stranger to this sadistic society of children. But the further it proceeds, the more it becomes apparent that Jennifer was once a part of it, and she’s largely re-living the pain of being at its mercy. It’s like her mind suppressed all this trauma and now it’s time to explore it again.

Indeed, the tale being told seems to be one horrible PTSD flashback. Jennifer’s life was a traumatic one in her youth, and pieces of that start filtering through all the surreal horror. When it finally erupts and comes to a climax, it isn’t one of overcoming a monster, it’s of finding bittersweet peace with what happened. It’s almost like she is putting together all the pieces that she was too young to understand and coming to terms with them.

The horror here is a human one. People can be driven to cruelty, even — or perhaps especially — the irrational monsters we know as children. We constantly navigate the horrors of alienation, heartbreak, and social pressures, and that can drive us to do horrible things to avoid that pain. By the end of the game, the antagonist’s motivations are understood, even if they aren’t necessarily justified. Likewise, Jennifer’s pain is clear and her fears are relatable. It’s all in service of a hopeless atmosphere. It’s worse than being alone; it’s being lost in a storm of heartlessness. 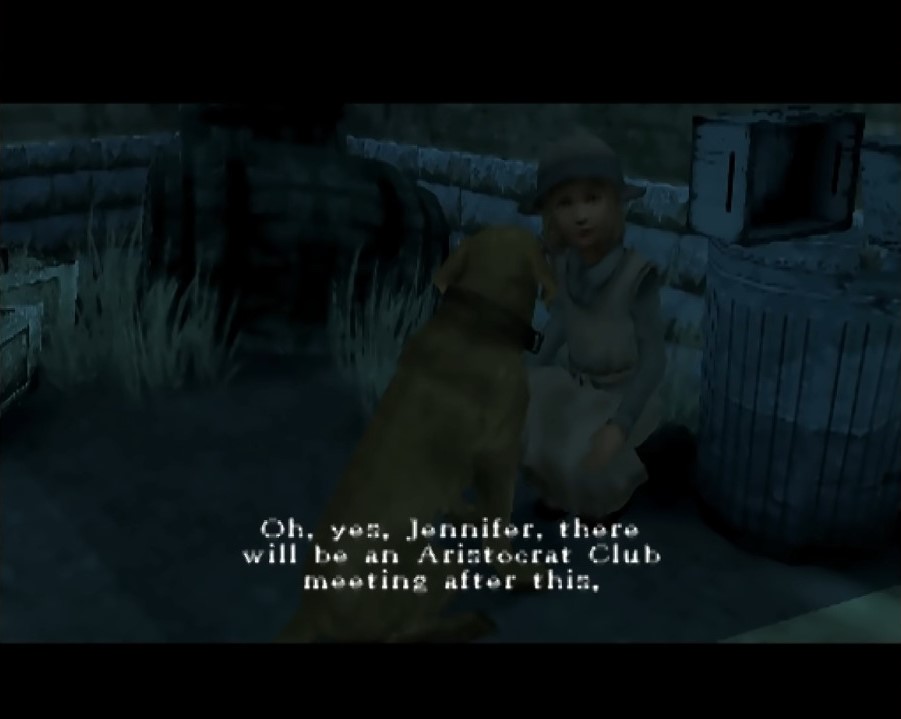 Unfortunately, not everything in Rule of Rose is so deftly executed. The combat is going to be a sticking point for most people, and for good reason: it’s unforgivably atrocious. Silent Hill gets justifiable flak for its rickety combat, but it doesn’t even compare to Rule of Rose. Jennifer approaches combat like she’s trying not to wake up her grandma, and the hit-detection is as unreliable as a near-sighted tennis referee. Bosses can hit you when they’re facing away from you, and it’s way too easy to be swarmed by the little brats that clog up the corridors.

The environments are also rather repetitive, and the loading times when you go through a door are just a smidge too long so everything feels like you’re wading through molasses. You get a pet dog who is a good boy and also helps lead you to the next objective if you get him to smell the right item. I’m not sure if this is an insanely unique mechanic or someone’s attempt to fix its horrible, ill-conceived design. Nonetheless, it helps you avoid endless backtracking, so I guess we should be thankful?

One place you may have heard of Rule of Rose previously is in the media. There was something of a scare around its representation of minors, with accusations thrown at it ranging from underage eroticism to sadomasochism. Obviously, this was an attempt to score political points because, while the game does cover a lot of uncomfortable topics, including hints of sexual abuse, it’s far from exploitative. These elements exist mostly within subtext and only serve as a backstory to a couple of the characters. 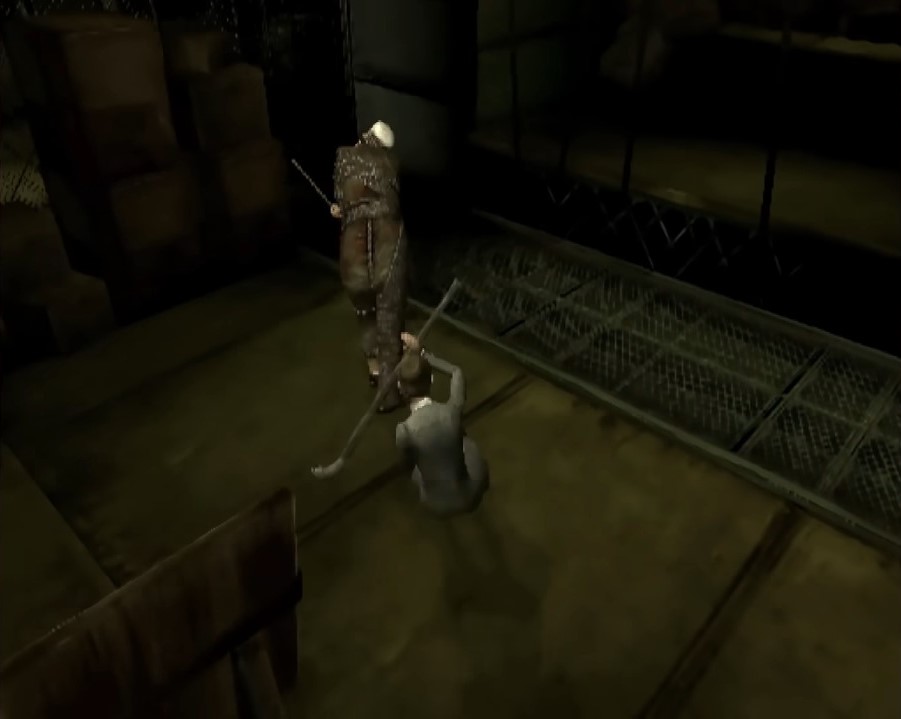 Like Chulip, Rule of Rose had a major impact on me, but that doesn’t mean it’s going to strike you in the same way. For a lot of its runtime, it is a surreal, impenetrable experience loaded with jank. If you don’t have the patience to peel away the layers of a fingernail, then…wait, stop, that’s a horrible mental image. I’m not finishing that sentence.

What I mean is, Rule of Rose is an emotionally tormenting experience, both in regards to playing and interpreting it. I can’t comment about how scary it might be because of my aforementioned virtual fearlessness, but I can certainly say that it’s an unsettling, uncomfortable, and moving experience. I may not have cried at the end of it like I did with Yomawari: Midnight Shadows, but it now rents space in the darker corners of my mind. The parts that I hide when company is over.

Rule of Rose has yet to see a re-release, and a physical copy of the game will set you back a mint. Onion Games is currently looking into the possibility of porting it over to current systems. I hope they manage it because I think it’s a game that deserves another look. For now, I’m just going to sit here and listen to the amazing soundtrack while its themes further darken my imagination.