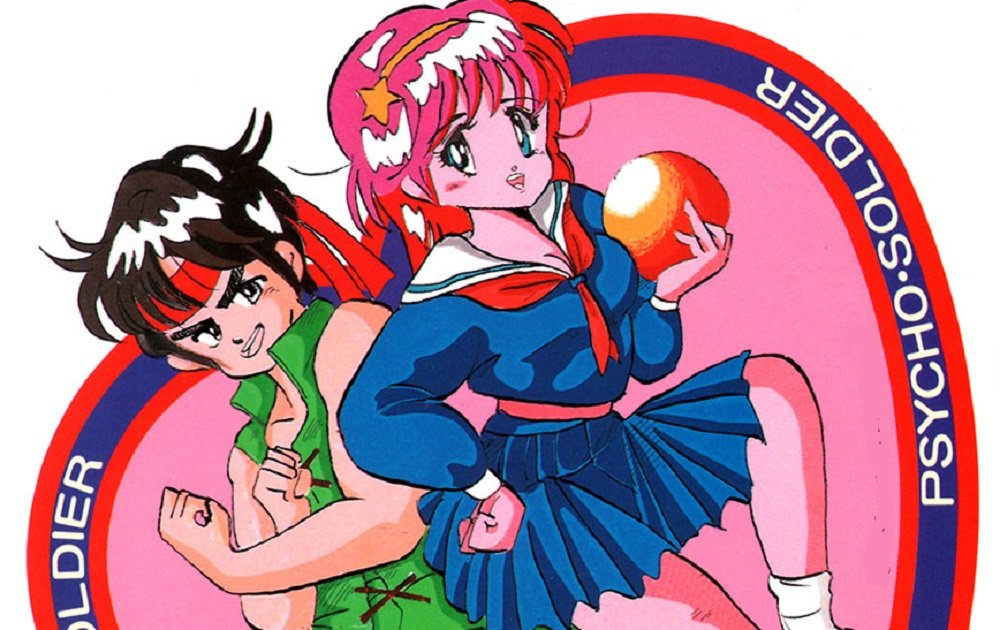 Hamster’s retro release for this week affords us the opportunity to look at the early days of one of SNK’s most famous heroines – King of Fighters hero, pop starlet and all-around cutie-pie Athena Asamiya – as old-school arcade game Psycho Soldier returns on PS4 and Nintendo Switch.

Originally released back in 1986, Psycho Soldier is a strange blend of platformer and shmup, as players control Athena – and in co-op mode her buddy and fellow KoF star Sie Kensou – battle through waves on enemies in an auto-scrolling platform adventure. Athena and Kensou can launch spheres of Psycho Power (not the kind M. Bison uses, mind), to defeat the baddies, while avoiding hazards and collecting power-ups for stronger attacks.

Psycho Soldier is famous for its amazing title song, sung by pop idol Kaori Shimizu, which was even translated for the western market. When the arcade was ported to a variety of home platforms, a cassette featuring the track was bundled with Famicom copies in Japan. Man, I wish we still got cool bonuses like that. Give it a listen.

Psycho Soldier would even see release on home computers such as the Spectrum and the Commodore 64, with very metal cover art that was not quite reflective of the game’s origins. Today, it’s kind of a basic game, but still a blast for retro fans in co-op. Regardless of where it stands in the modern gaming world, Psycho Soldier has a lot of neat history embedded in its tale, proving that, if nothing else, Athena’s name is still magic…

Psycho Soldier is available to download now on PS4 in Japan and Nintendo Switch worldwide. It is also available on the SNK 40th Anniversary Collection.