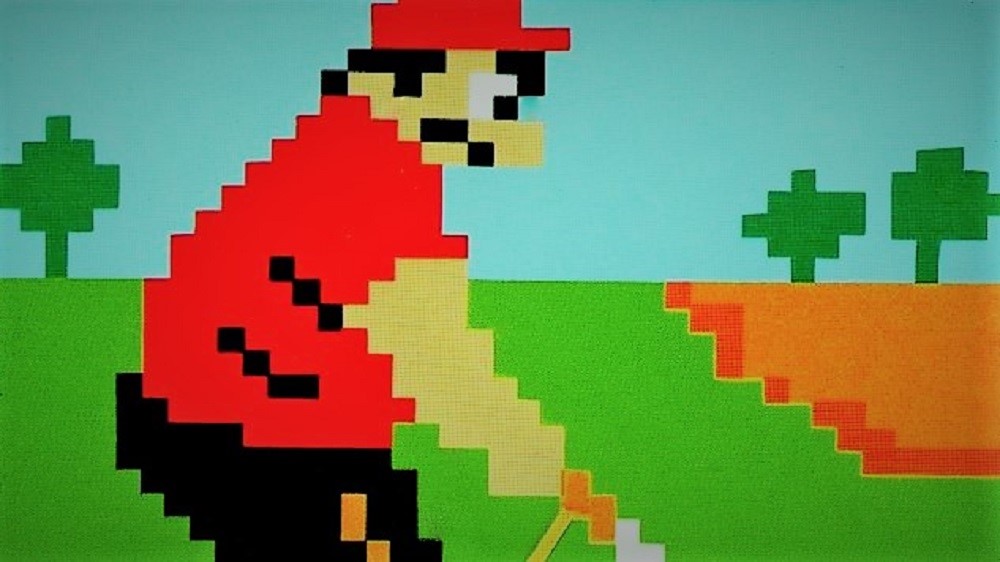 Hamster are returning once again to Nintendo’s “Vs.” series for this week’s Arcade Archives release, which sees NES classic Vs. Golf available to download now on Nintendo Switch.

Released back in 1984, Golf was released within the first year of the Famicom’s existence, making it one of the NES platform’s earliest titles. Players – controlling a golfer who is “kind of Mario but also not” – can play shots over 18 holes, taking into account surprisingly deep-for-the-time mechanics such as club, swing power, wind and direction. Golf also includes two-player mode, so you and a pal can compete for the best score.

Today, Golf is probably best known for being the work of beloved former Nintendo President Satoru Iwata, who programmed the game as one of his first projects for the developer/publisher. You may remember that when the Nintendo Switch console was launched, a version of Golf was tucked away in its firmware, as tribute to Iwata’s work and memory.

Vs. Golf is available to download now on Nintendo Switch, priced at around $8.