DotEmu does it again

When it comes to ports of older games, I’ve always been a fan of companies who give more players the opportunity to experience something they missed out on during its early run. While I rarely double-dip on titles, I like the idea of having a classic game available on a current platform, in case my original copy breaks or disappears through some unknown means.

With most of the Ys series being on the Sony handheld systems, the idea of Ys Origin getting ported to the PS4 and Vita served as a nice way for more people to witness the story behind the events that made way for Ys I: Ancient Ys Vanished Omen and Ys II: Ancient Ys Vanished The Final Chapter‘s conflict. Unfortunately, this version isn’t as refined as its earlier release. 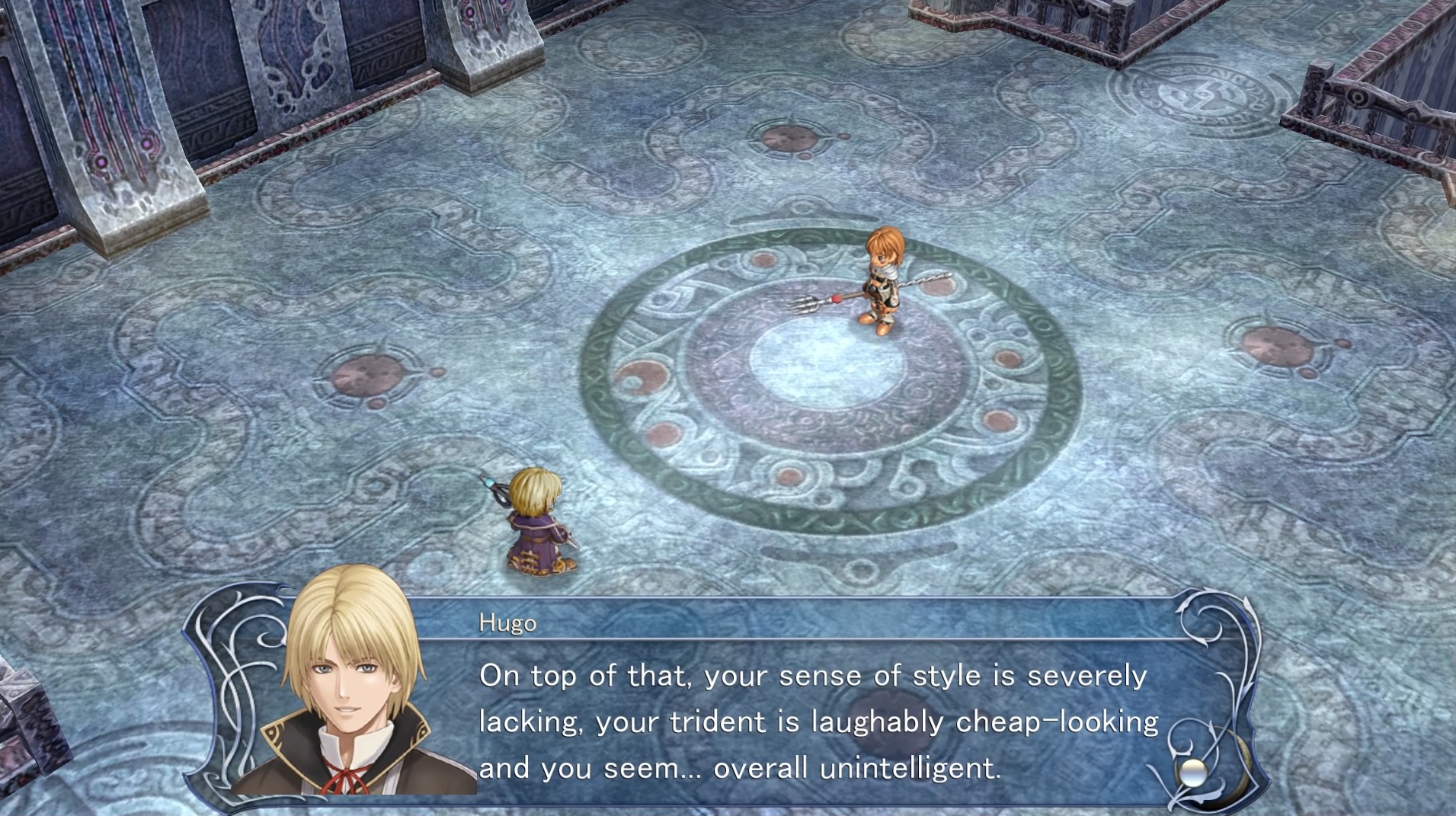 With Ys Origin‘s console port featuring the same content as the original, you’re getting a similar package as before. You’re still following the tale behind a search party entering The Devil’s Tower to find the Goddesses they worship while fighting against a group who want to harness the power of the magical artifact known as the Black Pearl, the tool that brought prosperity to the land of Ys’ inhabitants. During the adventure, you’ll get the option to see the story through the eyes of the axe-wielding Apprentice Knight Yunica Tovah or the Wizard Hugo Fact.

While both adventures are similar (with the exception of a few boss fights), the two heroes’ play styles change things up. Yunica plays similar to Adol, except her techniques are slower than our red-haired swordsman, and Hugo is basically a human version of Vic Viper from the Gradius series. Thanks to their differences in their builds, players are given different approaches on how to tackle each encounter in this fast-paced action RPG; thus preventing each run from feeling tedious. To top it off, there’s a third main character that’s perfect for those who love to play as a speedy close-range attacker.

Compare to Ys Origin‘s previous release, players are required to finish the game as Yunica and Hugo to unlock the third lead; whereas XSEED Games’ version was updated so that you only have to beat the adventure with one character to access the real story. This is likely due to DotEmu’s port being based on the first build of the original PC title. For the most part, this isn’t a big issue since the other routes establish the first two characters’ personality and motives, along with foreshadowing the stuff that’ll be covered in the third scenario.

Overall, the whole thing feels very rewarding as it provides you with the real backstory of the big things Adol encountered in the first two Ys games. Since each run ranges from seven to eight hours during a first playthrough, it won’t take you too long to climb The Devil’s Tower three times. Due to the combat system that encourages players to be strategically aggressive for special benefits and bosses with bullet hell-like attacks having the right balance between fun and challenging, the title still holds up well.

Outside of the main story, players can test their luck with Time Attack/Boss Rush Mode, along with a bonus segment called Arena Mode, which lets you unlock special variants of the three playable characters and the franchise’s signature red-haired swordsman with points obtained via fighting groups of enemies. Even though Adol can only be used in the extra modes, it serves as an extra incentive for players to mess with those segments since they get to choose between his fighting styles from Ys VI: The Arc of Napishtim and Ys: The Oath in Felghana. Just like the previous release, it’s a nice option for people who want to challenge themselves after decimating the campaign. 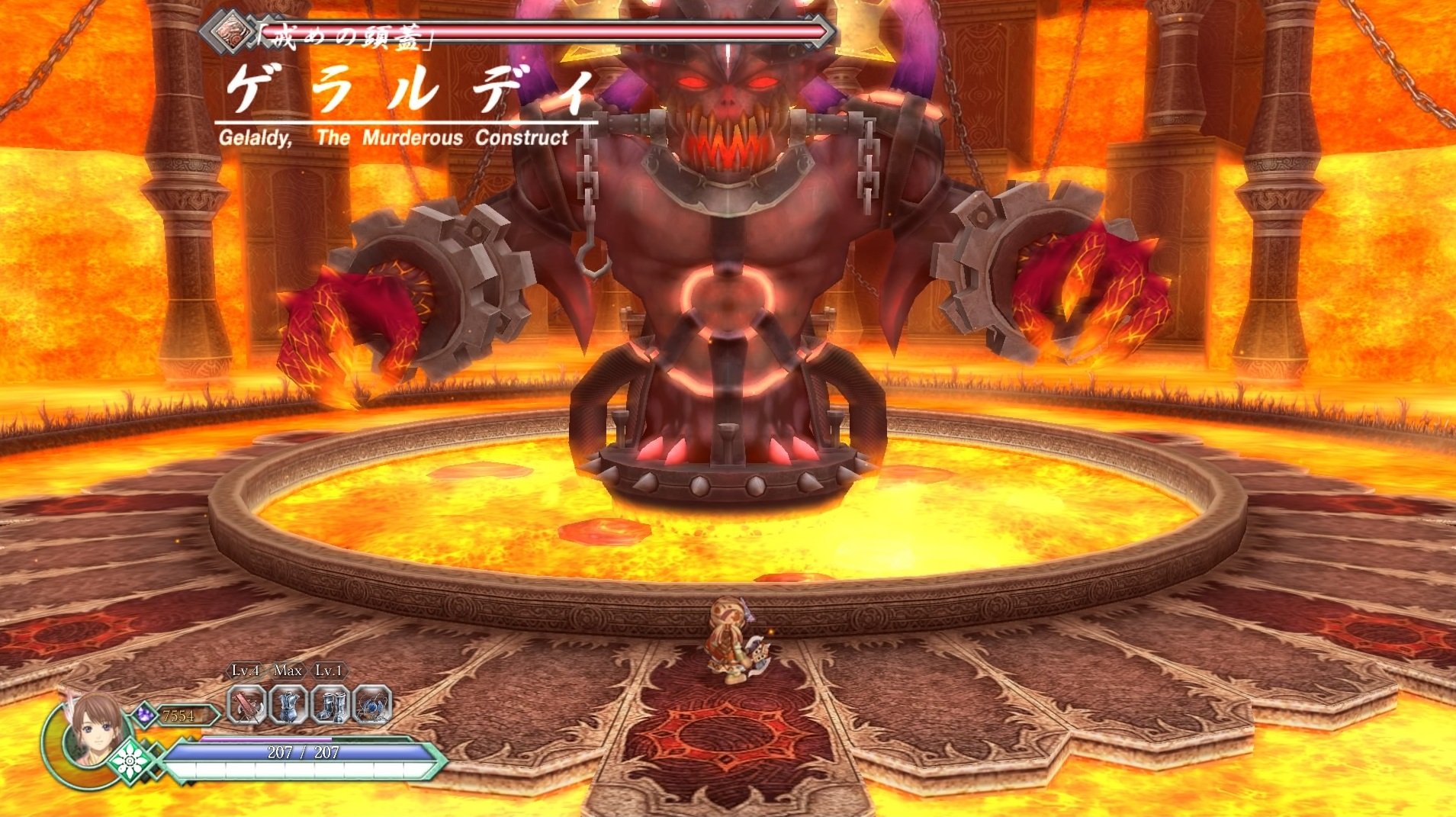 Even though the core of Ys Origin’s content remains at its best, DotEmu failed to provide players with a console build of the game that’s close to XSEED’s release from 2012. The title loads slower than the PC version since the latter allows you to access the start screen and save files at a quicker pace. While you won’t have to wait too long, it feels odd that they couldn’t get an 11-year-old product to run as well as its earlier variants. If that wasn’t enough, the title suffers from its own set of problems.

Another issue I encountered was that I couldn’t hear the bosses’ attack sound effects. The only way to fix this issue is to close the game and reopen it, which worked each time. On one rare occasion, I encountered a similar glitch with Ys Origin‘s sounds that you hear when you pick up the temporary buff items. At least, it doesn’t hinder players from jamming out to Falcom Sound Team jdk’s catchy violin and rock tunes.

Aside from the sound-related problems, there was a graphical one where the attack of a specific enemy wouldn’t disappear after you kill it. Compare to the other problems in this port, there isn’t a way to bypass this glitch; however, it’s only a visual bug so the special move won’t damage you when you touch it. During a different moment, the game froze on me when I was going to redo the second boss fight in the tower’s final section. From the looks of it, this one is a rare occurrence since I never ran into it again in my later playthroughs. Thankfully, I was able to enjoy the main content as much as I did on the PC – even if DotEmu couldn’t get Ys Origin‘s console port right. 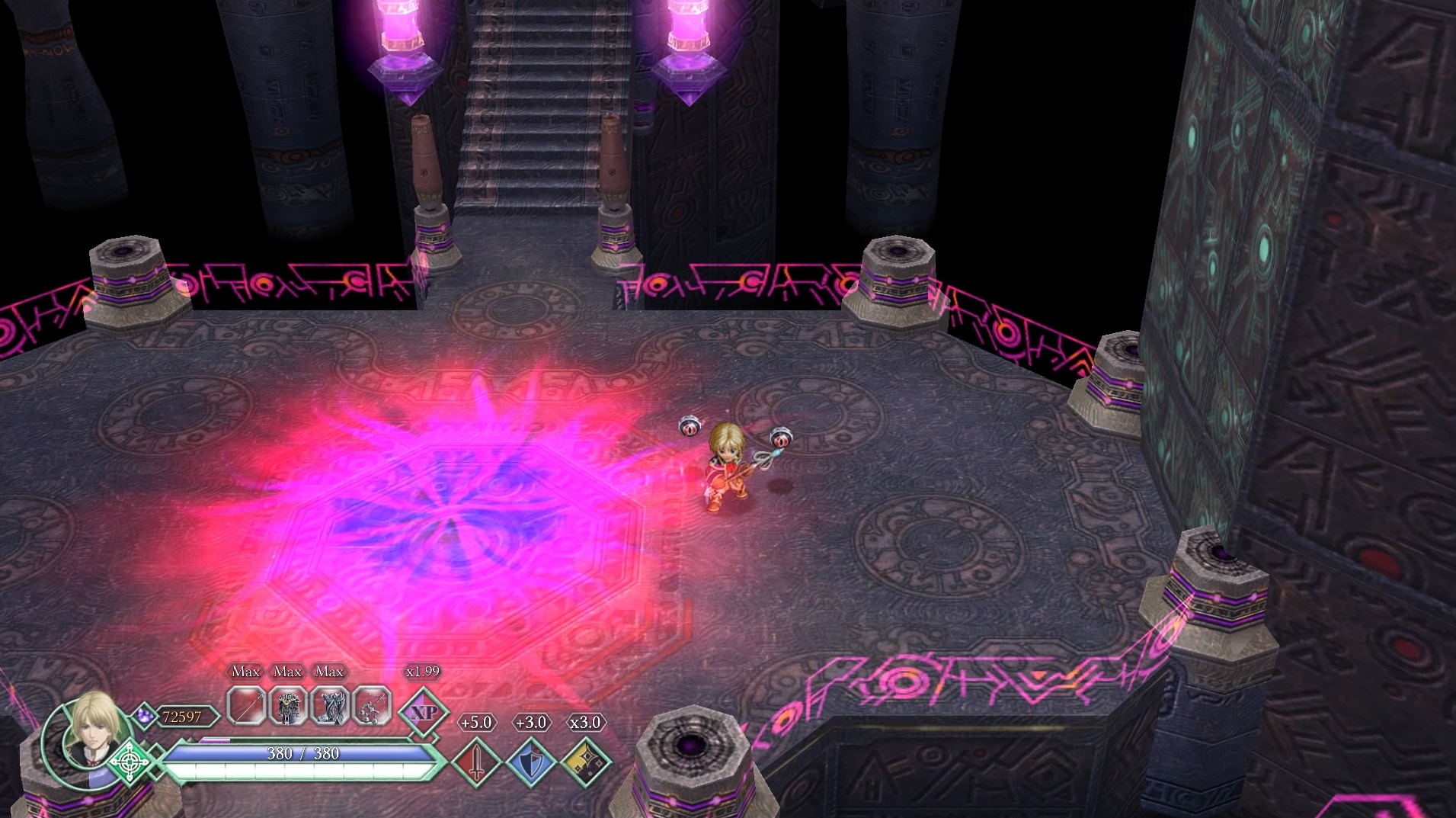 If there’s one nice thing about this new version of Ys Origin, it’s that DotEmu took the time to make some minor changes that make things more manageable. Your character’s life bar, skill gauge, and buff indicators were redesigned to look nicer than before. Unfortunately, that’s the only new aesthetic that’s worthwhile since the new font for the bosses’ names in large Japanese characters above the English letters isn’t as organized as XSEED’s text for the major adversaries. On top of that, the game’s puddles of blood that appear after you kill an enemy were removed in the console port. While this change was likely made to keep the game at a specific ESRB rating, it’s strange that some of the title’s bloodier segments were left intact, such as Pictimos’ entrance scene and a segment where a supporting character gets killed off.

Due to DotEmu’s subpar job on Ys Origin‘s console port, you’re probably better off with the original PC version since they’re the same price. The loading times are a bit longer than before and it has glitches that weren’t present in XSEED’s release. At the moment, the main benefit of owning it on the PS4 is that you’ll get to download it on your Vita for free this May. That way, you can explore The Devil’s Tower on the go.

If you don’t mind the game’s port-related problems and weird changes, there’s a chance that you could still have a good time with hacking your way through its enemies and bosses – especially if you’re down with turning your Sony systems into your Ys machines. If anything, it’s important for one to see if they can put up with DotEmu’s work before they accept their mission to find the twin Goddesses.