A memory to cherish

It’s strange to think that Ys: Memories of Celceta is actually the fourth iteration of Ys IV. Even weirder, it’s the first time the game has been developed by Nihon Falcom, who was the developer of pretty much every other game in the series. Weirder yet is that this is the first time the game is finally gracing the western world in an official capacity.

As with Falcom’s excellent Ys: The Oath in Felghana that released on PSP in 2010, Memories of Celceta is more than just an upgraded port of an over decade-old Super Nintendo game. Instead, it’s a complete artistic re-envisioning done so to create a more cohesive universe for the franchise.

Not to mention it’s a damn fine reason to dust off your Vita. 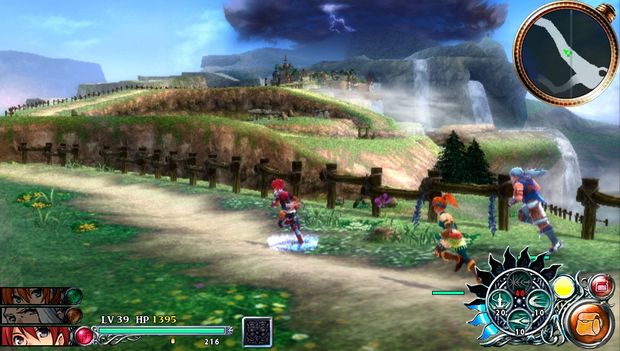 Awakening in the town of Casnan, series mainstay Adol Christin finds himself lost without any memory of how he got there. Alone, without even the knowledge of his own name, this redheaded sword-wielding adventurer quickly finds solace in a mysterious burly man, named Duren, who tells Adol he last saw him heading into the Great Forest.

As Adol is trying to get some bearing on his situation, the local mine finds itself under a monster attack. Deciding to check what all the commotion is about, Adol stumbles upon a mysterious light that triggers a repressed memory that hints he may have been a swordsman before his accident. With this newfound information in hand, he ventures into the mine in an effort to save the trapped workers. And this is all within the first 10 minutes of the game.

I love how straightforward Memories of Celceta is in its story telling. It reeks of old-school game design, yet at the same time is so refreshing. The game doesn’t waste a moment with overly tedious tutorials and excessively long narrative and instead thrusts the player right into the heat of the action. It’s just — grab a sword and head straight into the monster slaying without the slightest care for the who, what, when, or why that tends to eat up the beginning of many contemporary games.

But this is not to say that the world in the latest Ys is any less grand than any modern RPG. In fact, Memories of Celceta’s world is one of the richest and most alluring lands I’ve had the pleasure of trekking across in a long time. The world is wrapped in mystery — not just to the amnesiac Adol, but to every citizen of Celceta — and brimming with little tidbits of lore and beautiful vistas to see. It just takes time to discover. 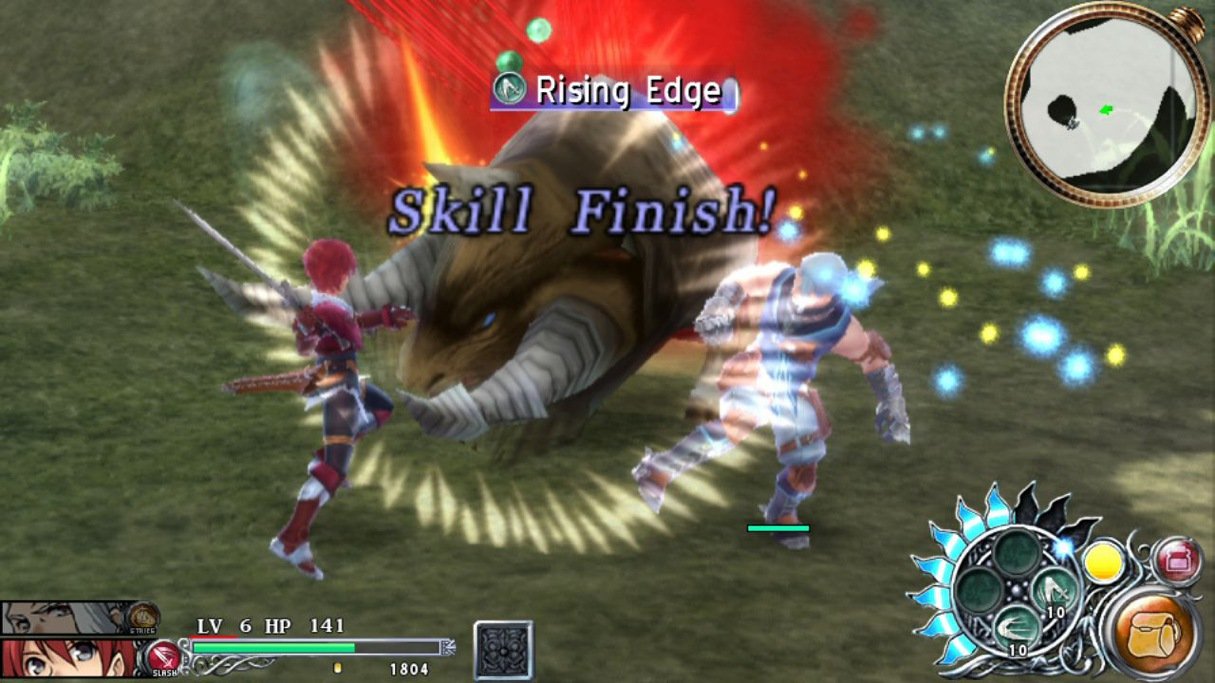 There’s also a small sense of choice presented throughout the adventure; whether it’s through simple dialog selections that steers the tone of banter or in the occasional decision to tackle a specific destination next. There’s never a wrong way to play or adventure either, and even though the narrative takes its sweet time to become something special, every interaction is penned with an exquisite charm that makes it enjoyable from beginning to end.

When I first started playing Memories of Celceta, my girlfriend asked about the story and I told her something about amnesia, but that it didn’t matter because of how rewarding the combat is. But by the end of the game, I was completely captivated by the “badguy wants to take over the world” scenario that I’ve played a dozen times before. A true testament to the localization by Xseed. 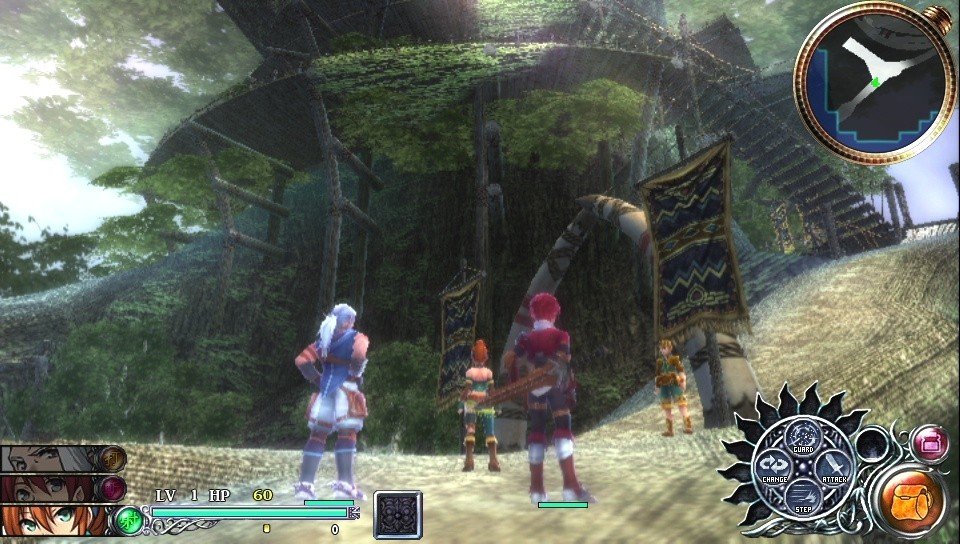 The writing is never overly funny, perverted, or epic, but it puts a smile on your face as it develops every character into a likable companion and not some played-out trope. The localization team at Xseed could have easily dialed it home, but it’s apparent that they want the Ys series to be as prominent today as any of Square Enix’s top franchises.

You can also tell Falcom wants the Ys franchise to be the premier action-RPG on the Vita since Memories of Celceta really holds nothing back. The game contains some of the best music (and one of my favorite Ys soundtracks) and graphics to grace Sony’s portable to date. The visuals are rich with vibrant colors, full of bloom effects, and so lush you can’t help but want to visit Celceta on your next vacation. The score to the game is easily as enchanting and pairs perfectly with the main attraction: the combat. 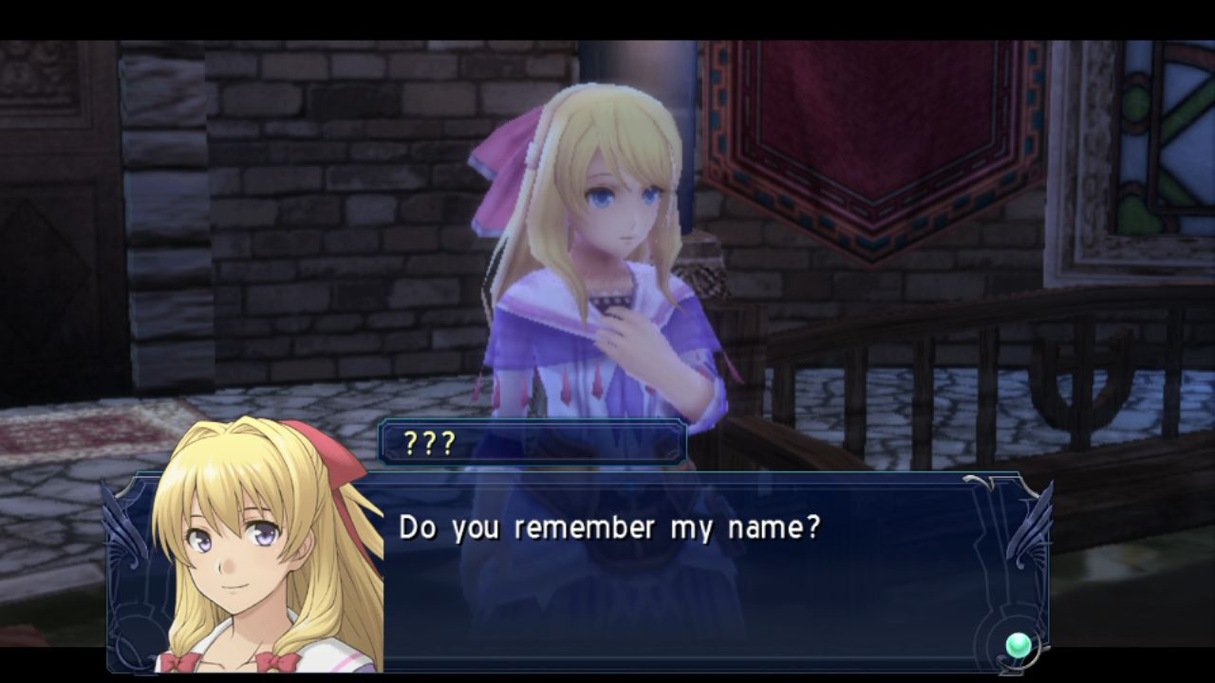 Even without a well-written story, and intoxicating soundtrack, Memories of Celceta would still be worth playing. At the core of this game lies one of the most enjoyable action-RPG games I’ve ever played. The combat, for those new to the series, takes the basic Zelda formula and pumps it up tenfold. It’s fast and frantic, but at the same time it’s extremely rewarding to master. It constantly pushes the player forward in adventuring and better yet, it’s far from overly complicated, even with the three-party system that the game implements, similar to that of Ys Seven.

For starters, each character’s weapon affinity holds an advantage over certain enemy types. Adols sword can cut through the plant-like Canolen like a hot knife through butter. But when paired up against the flying Bonpeets later in the game, his sword isn’t nearly as effective as the piercing knives or spears that Karna and Ozma wield. Overall there are three weapon types — slash, strike, and pierce — that are mixed evenly between the game’s six playable characters. 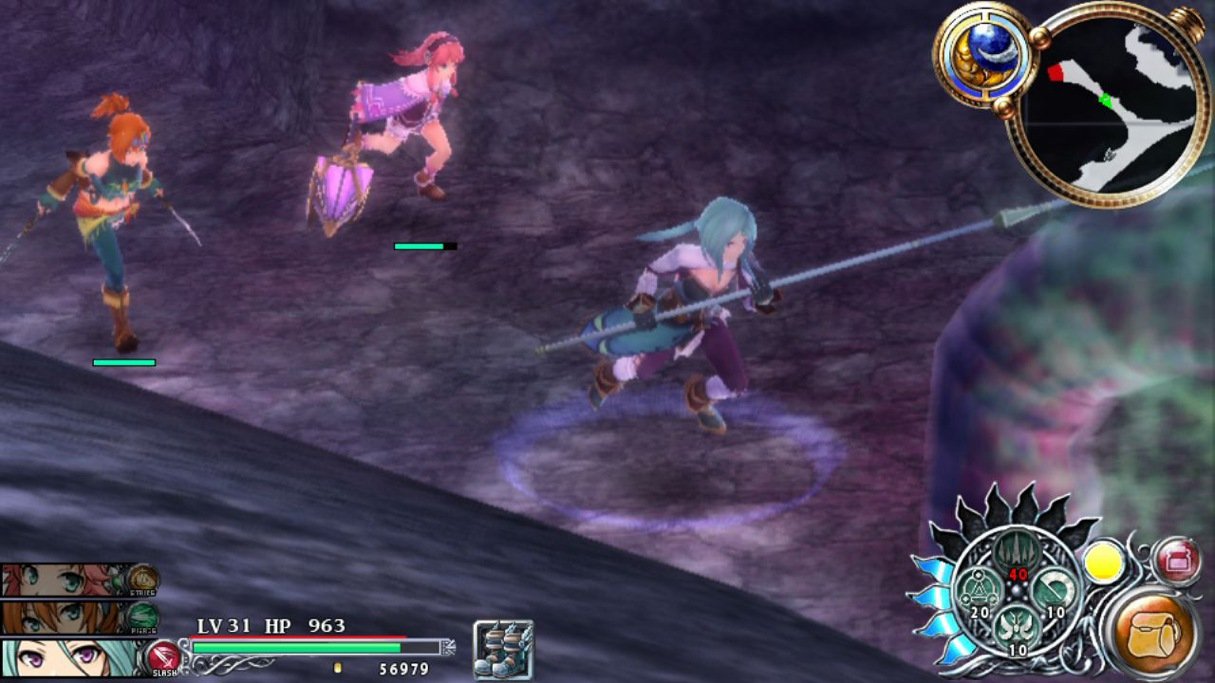 Mastering which character is best for the situation is only the tip of the iceberg for success. On top of the controlled chaos that combat brings, there is crafting, quest taking, and a giant map to explore. Finding items for crafting accessories or to strengthen weapons never becomes a hassle since the map marks where you can find whatever you may need as you venture forth. Traveling is also a breeze with waypoints that let you jump across the map at ease and later become completely open to a fast-travel system for even easier backtracking for missed treasures, memories, and supplies.

There are a lot of little systems in place in Memories of Celceta, but they never detract from the overall experience. RPGs can kill their own pace with overly-convoluted mechanics and thankfully Falcom made sure to keep everything as streamlined and efficient throughout. This ease of use additionally carries over to the game’s controls which keep every killer move just a simple button press away. 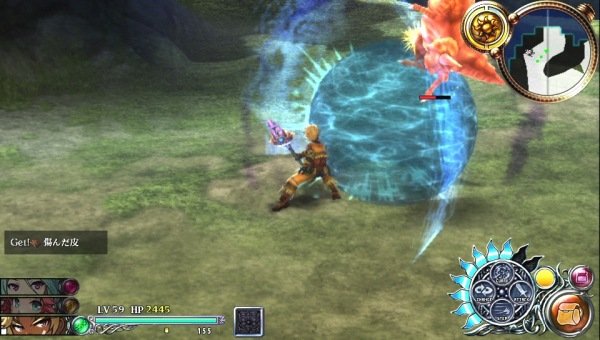 Touchscreen controls make menu navigation a breeze, but they are never truly shoehorned into the experience aside from controlling your party’s AI tendencies which is done by pinching in and out on the rear touchscreen. It’s a little awkward, but it never gets in the way or becomes something you accidentally instigate, unless you’re prone to rubbing the back of your Vita for fun. And really this is my only nitpick for an otherwise near-flawless experience.

Falcom’s decision to take ownership of this entry, to create a more cohesive narrative amongst the series, has once again delivered one of the finest experiences for both the series and the platform it’s landed on. Ys: Memories of Celceta is not a system seller, but it’s a game worthy of buying if you own a Vita and easily one of the best RPGs of the year.