Only one dragon can remain

When it comes to remakes of classic games, the ideal goal should be to improve aspects of the source material that were lacking due to technological limitations. While taking some liberties with plot and structure, I still feel that Yakuza Kiwami is the best way to experience the beginning of Kiryu Kazuma’s journey. It adds more content, polishes up the presentation and is readily available at a budget price.

Yakuza 2, though, is often considered the absolute best entry in Kiryu’s storied history. Featuring a jazzy soundtrack, bleak atmosphere and some great side characters, tinkering with any aspect of the package was going to be sacrilege to a certain number of fans. If you were hoping for a 1:1 recreation of Kiryu’s second outing with Kiwami 2, you’re going to be disappointed. That being said, if you can allow yourself to look past your nostalgia for the original, you’ll find a package that is more feature complete and polished than its inspiration.

It really depends on what you’re looking for. 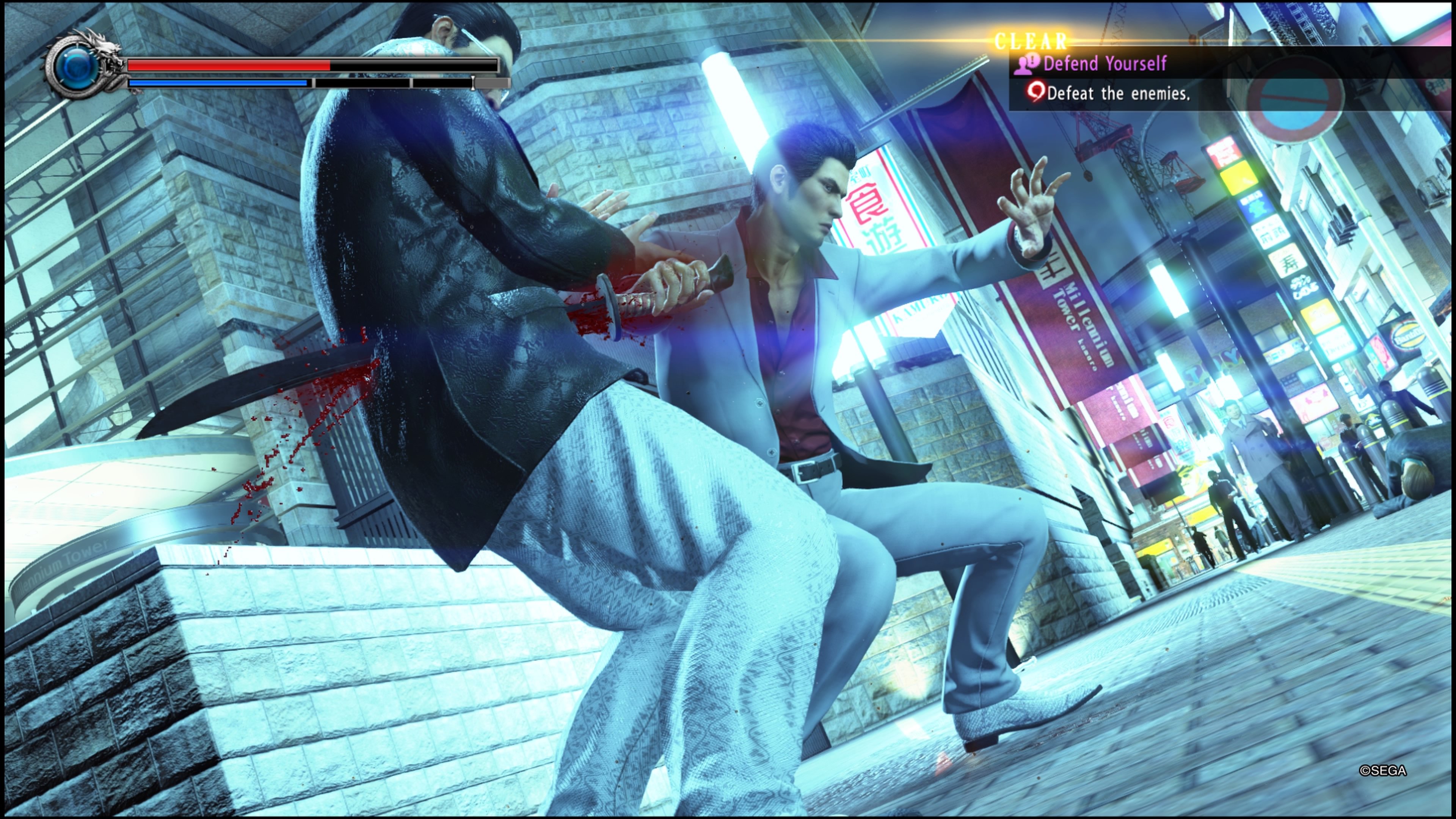 Yakuza 2 (and by extension, Kiwami 2) picks up a year after the events of the first game. Series protagonist Kiryu Kazuma is visiting the grave of his father figure, Kazama Shintaro, when the fifth chairman of the Tojo Clan, Terada Yukio, comes to him with a request. Terada needs Kiryu to prevent a war breaking out between the Tojo and the Omi Alliance after the events from a year prior. Before Kiryu can even really access the situation, assassins come and kill Terada, forcing Kiryu’s hand in the matter.

What follows is a plotline that has a tremendous amount of twists and turns and eventually sees Kiryu come face to face with Goda Ryuji, a fan favorite villain. Goda is a man that basically wants to watch the world burn, trying to claw his way to the top of the ladder to be the one true dragon in Kamurocho (Yakuza’s main setting). His hand in the matter gets revealed way later in the story after some shocking revelations that most people will see coming a mile away.

Summarizing the plot of Yakuza 2 is difficult mainly because of how everything plays out. New characters are introduced pretty regularly until the mid-point and their roles in the story kind of fade in and out between chapters. The cop that takes Kiryu into custody, Sayama Kaoru, is very similar to Goda in that she is pivotal in bringing Kiryu into action, but gets underutilized. In fact, that could be said for a lot of Yakuza 2’s story.

It tries to build-up Goda as a menacing villain, but he is only present for five of the game’s 16 chapters. As a matter of fact, you kick his ass in chapter four and he disappears for another four chapters just to tell you he is giving you a deadline. After that, he is basically gone until the conclusion and I’m utterly confused as to why anyone is in love with him. He has an interesting backstory, sure, but he doesn’t feel like some ultimate threat to Kiryu.

Sayama, as well, starts off all spunky and fierce, but slowly erodes as the game throws all kinds of wild developments in her direction. Towards the middle, she starts to develop feelings for Kiryu, but then information regarding her past makes her revert to her original self, withholding information from Kiryu seemingly just to spark a showdown. If there was any aspect of the original game I was hoping Kiwami 2 would address, it was how bloated the main plot is.

This isn’t the worst story that the Yakuza series has ever told. It isn’t even a bad one, just something that feels more like a soap opera than the first game or a few others that would follow. If you can stop yourself from reading between the lines, you might even be shocked at some of the twists that happen. For me, having played every other game in the series before this, I saw all the revelations coming long before they happened. 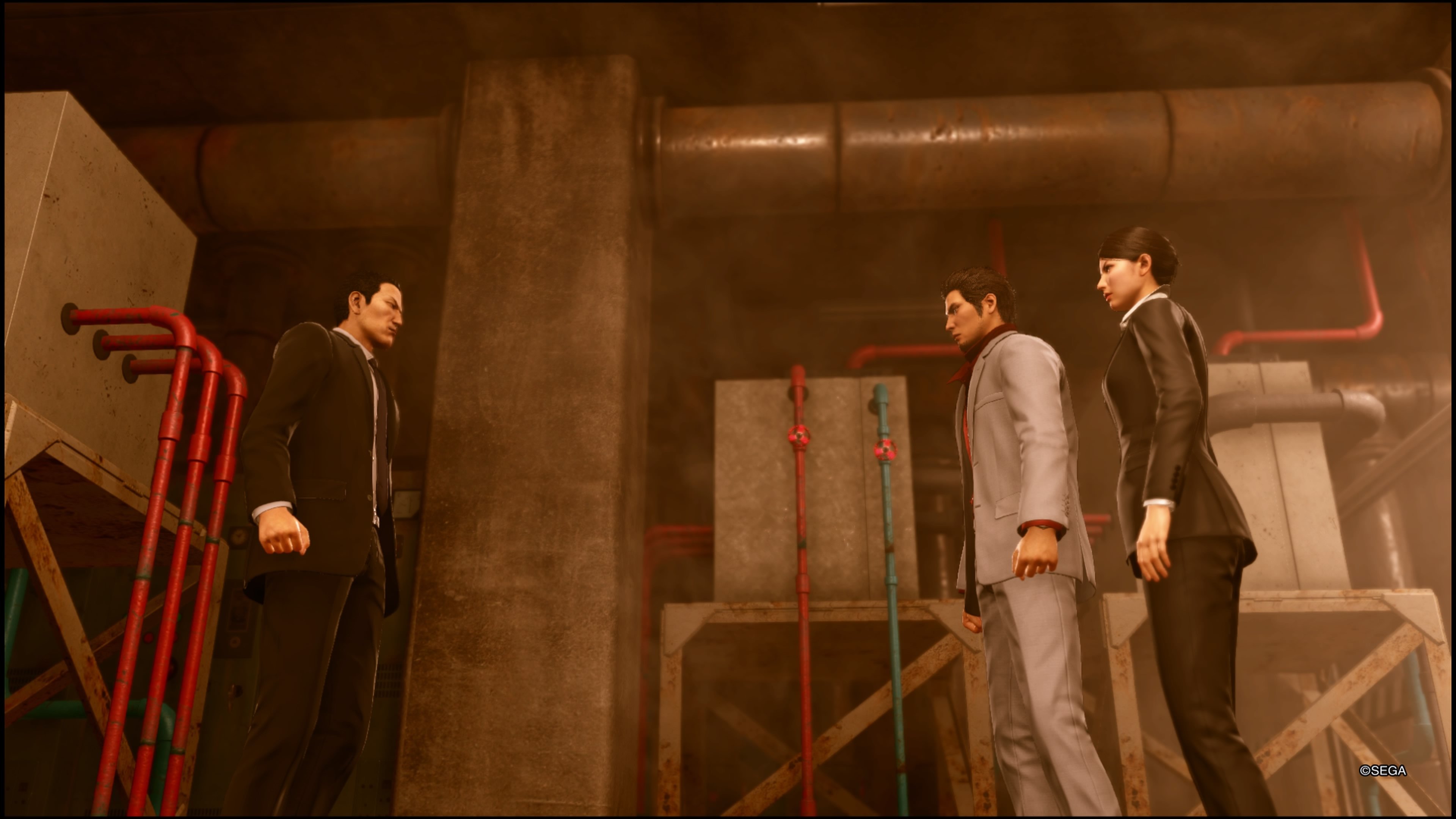 As any fan will tell you, though, Yakuza isn’t solely about its plot or dramatic twists. The main thrust with this series is how it knows when to shut up and be a video game, giving you ample opportunities to smack thugs around or enjoy the sights and sounds of Japan. In an interesting mirror, Kiwami 2 is an improvement over Yakuza 6 in much the same way as Yakuza 2 further developed aspects of the original Yakuza.

For starters, the sort of floaty and basic combat from Yakuza 6 has been tightened up a lot in Kiwami 2. Kiryu might still flop around when getting attacked, but his moves feel overall faster and his combos get interrupted to a far less degree than in his PS4 debut. The upgrade system is still lacking in cohesive progression, but there are now characters in the game world that teach you moves, making your development feel more organic. This isn’t Kiryu randomly remembering a heat action, but learning it from watching videos, taking lessons with his teacher (a returning Komaki) or aiding civilians in need.

As well as that, both Kamurocho and Sotenbori feel a lot more fleshed out than the cities that populated Yakuza 6. Kamurocho has a fully restored Champion District, complete with extra bars and side quests, and the underground Coliseum makes a return, giving you more opportunities to further upgrade Kiryu. If that wasn’t enough, old mini-games make a return on top of some of the content that saw its introduction in Yakuza 6. There is even a playable version of Virtual-On in Club Sega, which is just amazing. 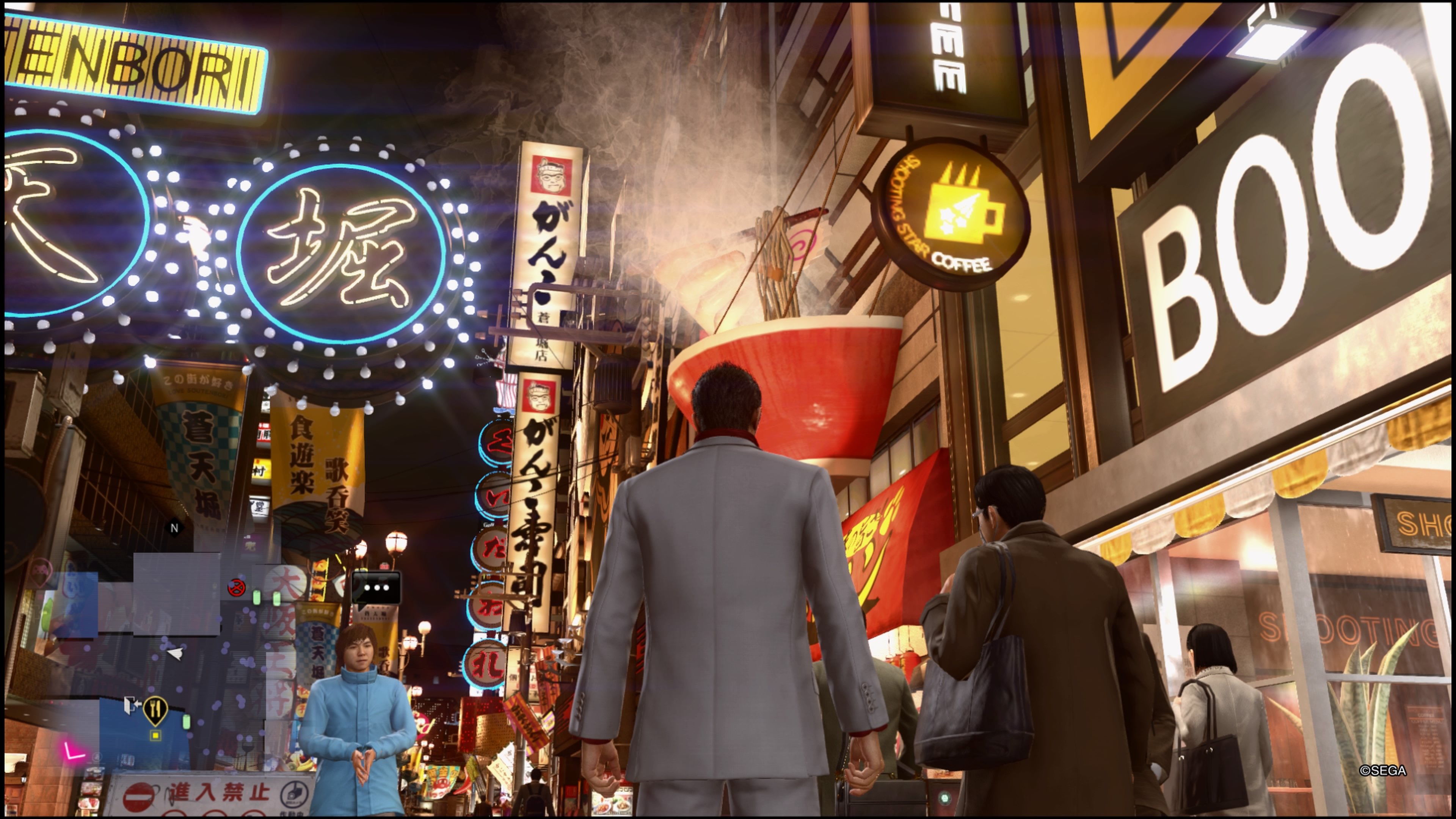 I’m truly in awe of how the “Clan Creator” mode from 6 got worse, but the rest of Kiwami 2 feels like the game Yakuza 6 could have been given more development time. Kiryu has more heat actions (the series’ signature finishing moves), the game looks and runs a bit smoother (on both Pro and Base models) and the general presentation is more akin to classic Yakuza than the changes 6 made to the formula.

About the only aspect, one could say Kiwami 2 falters in is the presentation of its story. The voice acting is far and away much better, but each cutscene employs the same method that the first Kiwami did. Ryu Ga Gotoku Studios copied the exact camera movements and animations from the PS2 game and plopped them in this new engine. While honoring the original cinematic direction, it does end up making certain moments feel stilted.

Then there is the change of soundtrack, which isn’t as drastic as some will have you believe. While a few cutscenes swap tunes in a manner that even I can’t defend, the majority of Kiwami 2’s OST is comprised of remixes from Yakuza 2. “Outlaw’s Lullaby,” in particular, feels a lot more extreme and the final battle tune brings a sense of finality and attitude that wasn’t present in the original. Maybe this hurts the overall atmosphere of the PS2 classic, but it doesn’t feel out of place for a Yakuza game (apart from the truly terrible credits song by Japanese Reggae Metal band SiM). 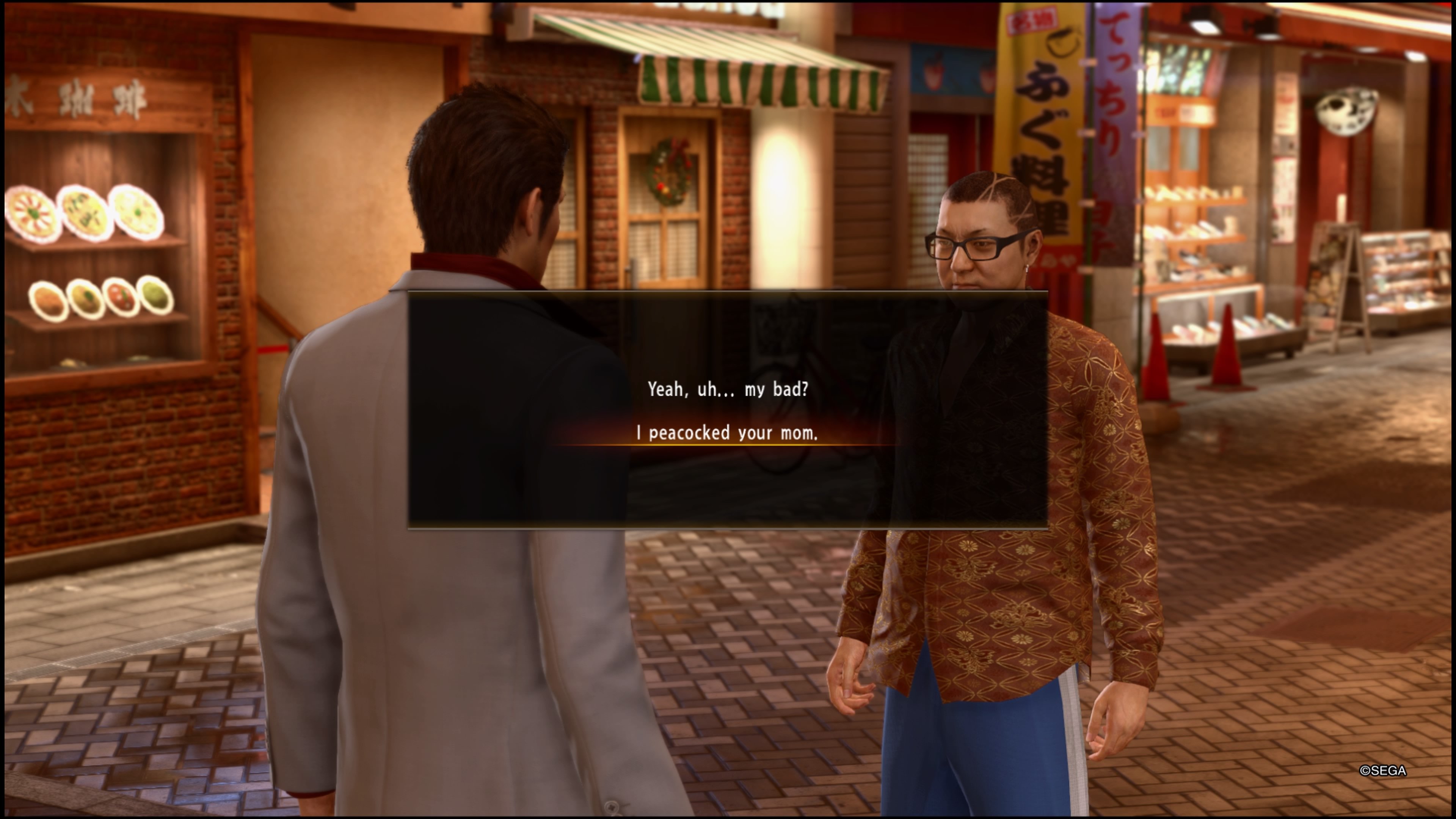 As for problems with Kiwami 2, they kind of mirror the same problems that the original Yakuza 2 had. There are no unlockable climax battles, bowling and pool are absent and a few of the gambling games are MIA. This was also a problem in Yakuza 2 (which didn’t feature karaoke!), but you’d think a remake would be able to rectify that.

If you’re a purist, too, then you’ll be incredibly upset at the removal of the “Shinseicho” region. I wouldn’t call it exactly pivotal to the experience, but having a distinct district be condensed into backlots of Sotenbori is disappointing. The Yakuza series has always doubled as digital tourism and having less to explore just sucks. At least Sotenbori is bigger than its original incarnation, but explorable rooftops don’t really replace the Tsutenkaku tower.

All of this and I haven’t even mentioned the inclusion of the “Majima Saga” storyline. Completely new to Kiwami 2, players are given a short three-chapter story that explains Majima’s exit from the Tojo clan prior to the events of Yakuza 2. Featuring the return of Makimura Makoto from Yakuza 0, this short tale never feels necessary to the main story of Yakuza 2. 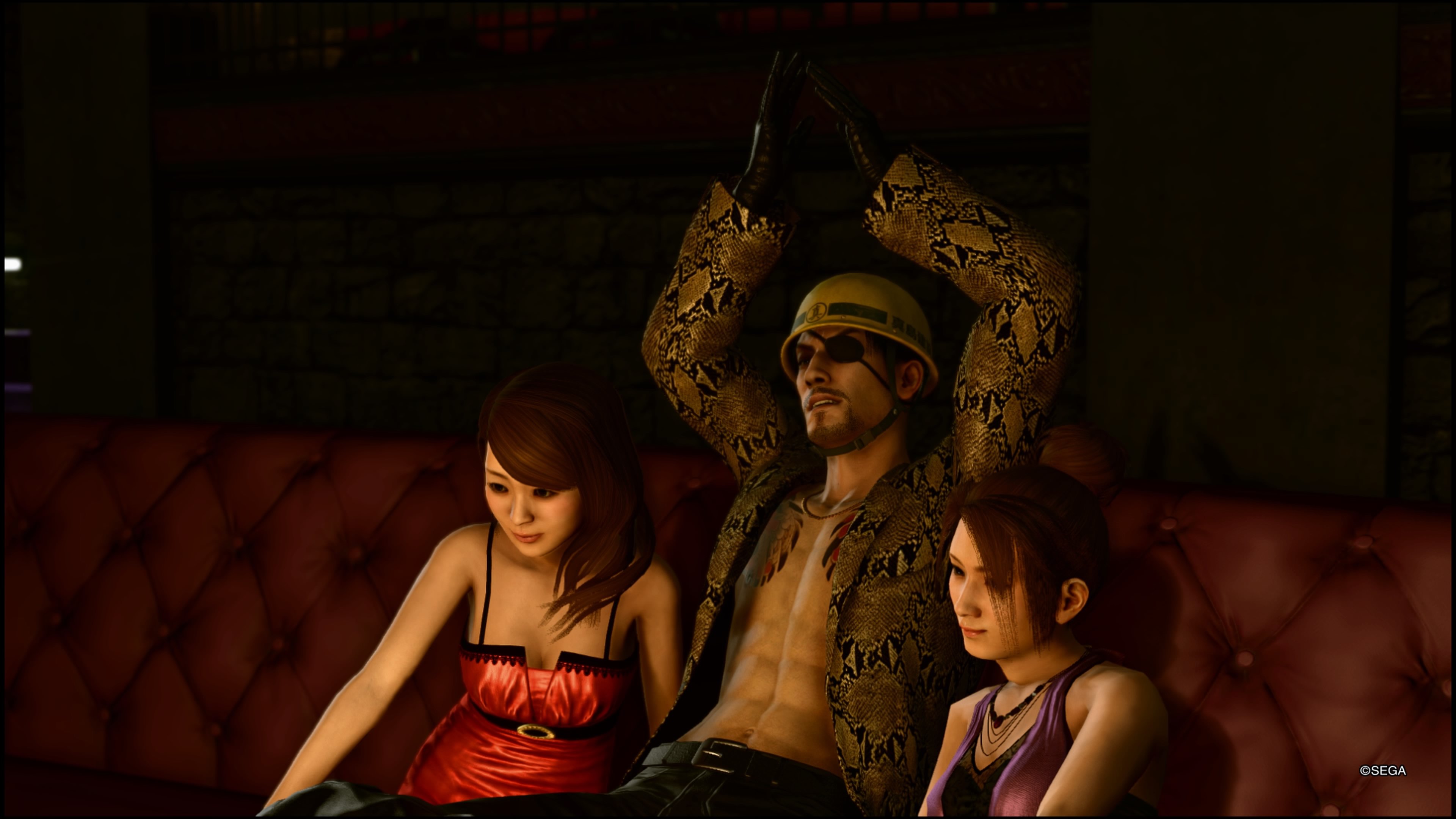 Worse still, it reminds me a lot of the cheap DLC we saw in the early 360/PS3 era. Majima lacks any kind of progression and is overpowered to the point that all encounters simply devolve into button mashing. While you can still take in mini-games to earn cash, you’re basically falling over items during the events of this diversion. It makes all of the side activities feel pointless and mostly comes off as something that could have just been explained in a single cutscene during the main game.

At least Majima’s chapters aren’t interspersed with the main campaign. They unlock alongside your progression to play at your leisure, so it doesn’t disrupt the flow. You can even safely ignore them, which I almost did before writing this review. While nice to see new content, this is the one aspect of Kiwami 2 that feels rushed.

Overall, I think my feelings on Kiwami 2 are held back by the game that Yakuza 2 is. Maybe I did a disservice by playing all of the later entries first, but Yakuza 2 feels like a relic from a bygone era. Being rebuilt on an engine that isn’t being fully exploited doesn’t help make this the best remake, either. If you can look past some flaws, though, you’ll find a Yakuza experience that fans are sure to love. 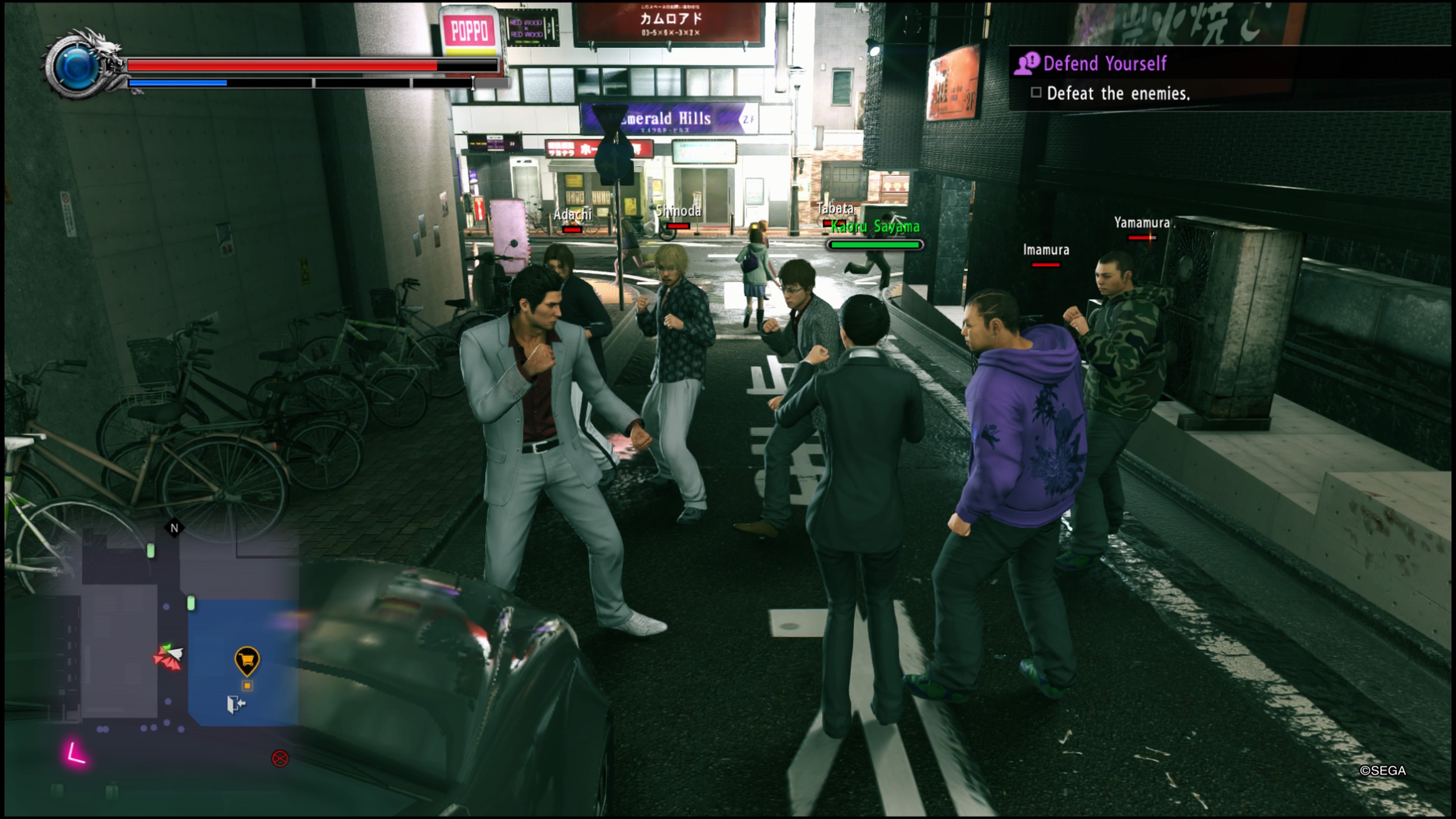 For my money, it is the best way to experience this particular story and improves enough of the game to make for a great time sink. Maybe certain aspects could have been tweaked to be more faithful to the source material, but the worst thing that could happen is you end up wanting to play the original to see the changes firsthand. That isn’t such a terrible outcome.