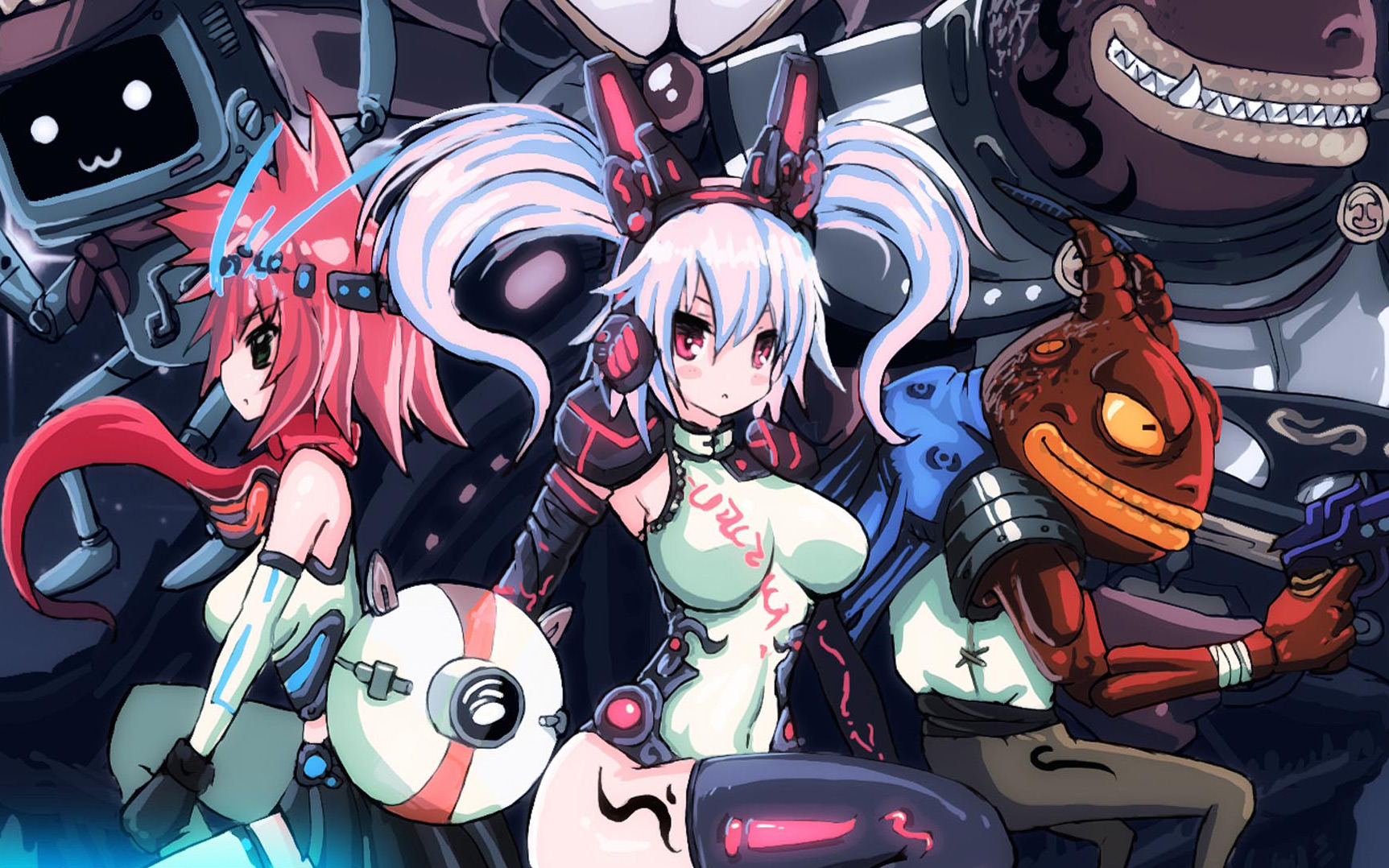 As a child of the ’80s and ’90s, the retro revival of 8- and 16-bit games has been a blessing for me. I love the look, the style, and the mechanics of these titles and absolutely gobble them up when I can. In fact, I’ve consumed so many of these throwback games I’ve become a glutton, and with free time no longer in ample supply for me, I have to really pick and choose which of these classic-inspired experiences I can make time for.

Xenon Valkyrie+ is one that barely makes the cut thanks to its excellent transition to the Vita.

Xenon Valkyrie+ opens with a real sense of urgency. There’s a witch hidden somewhere in a menacing moon that is threatening the planet and I have to find her before everything goes to hell. At the outset of this roguelite action platformer, I choose between three playable characters: Girl 1, Girl 2, and Cricket Boy. Each character starts out with a sword, gun, small supply of grenades, and special skill unique to them. One of the girls has a bomb skill and the other has sonar she can use to track down mini-bosses that give out keys upon defeat. Both of them are useless. Instead, Cricket Boy and his super jump skill takes me further into the game than either of them do.

The layout of each level randomly generates each time I begin a new run. I start at the top and make my way to the bottom, trying to kill as many enemies and collect as much loot as possible on the way down. Health is scarce so I have to be careful. A couple of flippant errors and it’s game over. Most levels have a giant chest I need a mini-boss key to open with a random weapon inside. Enemy attacks become more powerful as I progress and the game tries to ramp up the difficulty with darkened caves lit only by torchlight. It’s a fun effect but one that makes the framerate drop slightly.

I feel I make the game harder than it actually is. It controls perfectly so that’s not an issue. If I take it slow and aim for perfection, I find myself getting pretty damn far. I also don’t have much fun when I do this. Rather, I prefer to throw caution to the wind and run, gun, and slash with no regard for my well-being. This is when the game is a blast. I think the game knows it’s not as hard as its outward appearance would make it seem because, for no reason, it throws up restrictions on how I play.

Take boss battles for example. While most of these have blatantly forecasted attack patterns so they’re not too hard to figure out, I am restricted from using my gun and special skill in these encounters. Because my sword is so damn small, I find myself taking a lot of unnecessary damage every time I go in for the attack.

Between levels are rest areas where I can buy a little bit of health, restock my grenades, expand my gun ammo, spend points I earn from leveling to strengthen my character, and if I’m lucky, pick up a block of Teamerite. After boss battles, there is a nurse who tries to heal me but she’s useless. That’s what makes this game so punishing. It can be easy to telegraph attacks and avoid damage, but once I get hurt it’s not always possible to fully heal. There are shields I can equip but after one hit they’re gone.

Valkyrie+ does include two mechanics it seems to think makes the adventure a bit easier or move more quickly, but neither works in a way that is actually beneficial to the player. The first of which is powerful equipment I can buy using Teamerite, stones that carry over through each playthrough. When I purchase these weapons I don’t actually get them, I only have the possibility to unlock them in a giant chest during my adventure.

The second mechanic that isn’t as helpful as it thinks it is is the portal system. Spending money, Teamerite, and keys, I can unlock fast-travel portals that take me further into the moon and give me points I can use to power-up my character. Unfortunately, it doesn’t also give me better equipment. So when I skip to the second portal I unlock, I’m stuck using my wimpy-ass starting sword and gun. I’ve completed roughly 25 runs of the game and not once has using a portal benefited me in any way. In fact, doing so often works against me, much like the graphics.

I don’t know what this looks like on the PC but Xenon Valkyrie+ on my Vita is tiny. My hero is tiny. The enemies are tiny. Everything is so frickin’ small and due to the choices made in the art direction, it can be difficult to tell if a part of the map is a wall or not. Compounding the issue is the way every level randomly generates. While there is always a clear path to the end, often times I will see huge swaths of the map stuck behind walls I need to use at least two grenades to access. It can feel like a waste to use grenades in that manner, but seeing as they’re also restricted during boss battles, I generally don’t care how I waste them.

Despite all that, Xenon Valkyrie+ is something I easily see myself coming back to whenever I have a free moment and my Vita in hand. It can be a cruel experience for sure and some alterations to the overall design would go a long way, but it’s still a fun little game I can play seriously for hours or casually on a lunch break.