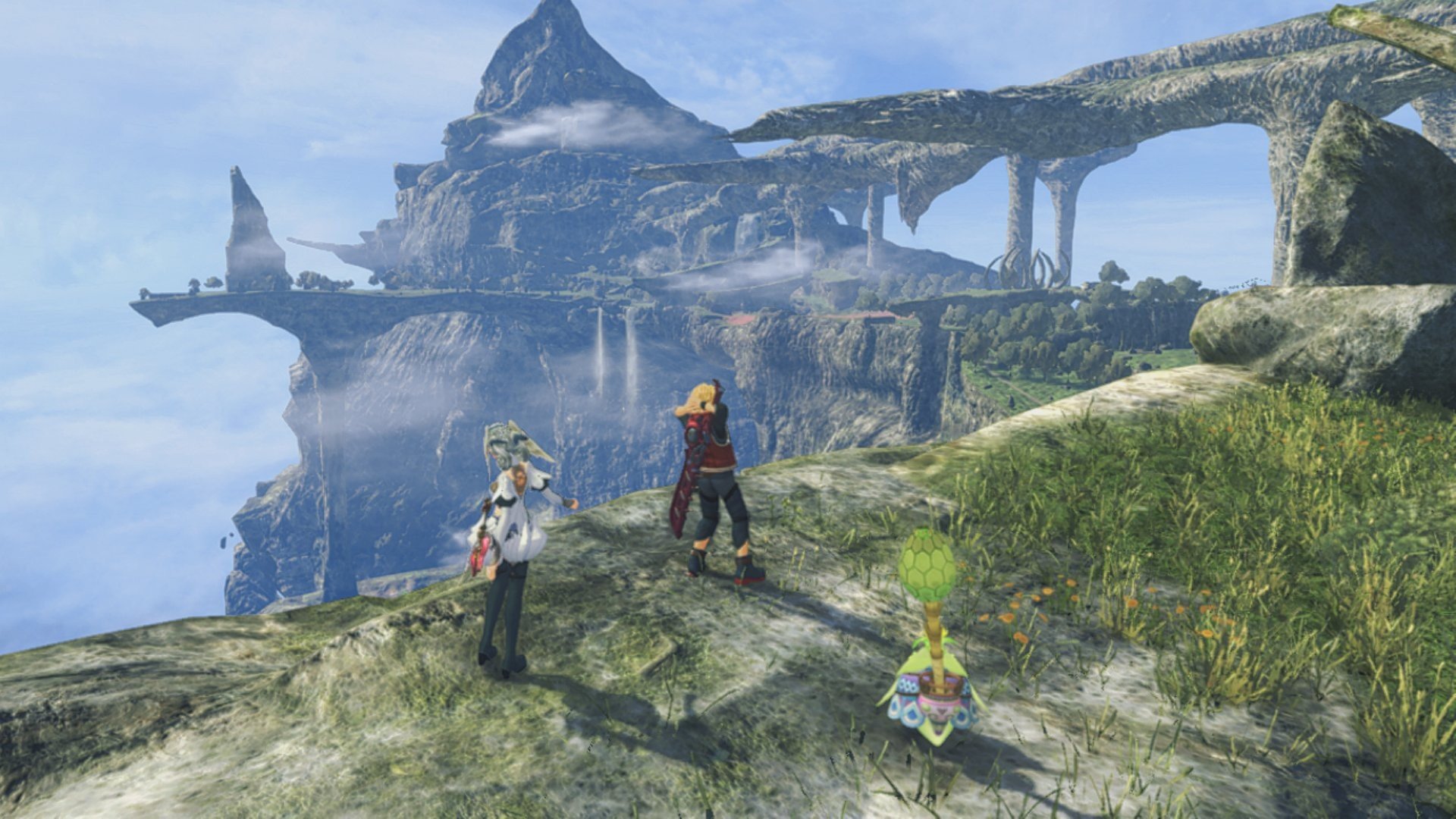 Someone over at Nintendo is looking out for Xenoblade Chronicles.

What was once an obscure JRPG only released in select regions is now a coveted Super Smash Bros. representative with multiple sequels to its name. To think it was once part of Project Rainfall, and is now housed on three different Nintendo systems spanning multiple generations.

As a bit of a history lesson: originally released for the Wii in 2010, it was ported to the New 3DS in 2015 and finally, the Switch in 2020. Every five years Monolith Soft is like “you need to remember this.”

Getting down to business, the main event for this re-release is the brand-new epilogue chapter: we’ll get to that! Although we’ve reviewed it twice already, for some people it’s been 3,000 10 years since this was on your radar, so let’s do a quick recap.

Xenoblade Chronicles puts you in the shoes of Shulk and his buddies (who are mostly humans: “Homs” in this world) as they do battle against the Mechons, a domineering machine race. Fascinatingly, the entire game takes place on top of two gods, who slayed each other in battle eons ago and comprise the very ground the heroes walk on. It’s a premise that’s bold enough to promise “anything can happen.” If you do know what transpires though as you’ve played it before, you can skip those cutscenes.

With the intro out of the way: now, it’s time to wander. Xenoblade‘s killer virtue is beauty, which is now touched-up by the new remaster job. While it’s not a gigantic upgrade (NPCs around you still disappear when one is in focus), the charm shines through and it’s a huge improvement upon the Wii original (and the New 3DS version). Yes, the resolution and framerate are limited here (504p-720p docked, 30FPS respectively), but everything looks breathtaking on a pure aesthetic level. And since I don’t need to execute frame-perfect combos, it doesn’t bother me mechanically. Your mileage may vary.

Speaking of combat, Xenoblade is like a mix of action and RPG sensibilities. You auto-attack, but slowly walk around an arena akin to the Tales series, choosing abilities from a horizontal bar. The key is that the choices and order matter somewhat, as you can hit positional attacks from beside or behind an enemy for extra damage, or combo state changes off one another for temporary crowd control.

Although it’ll take you some time to really understand aggro management (so you can actually activate said positionals when the enemy isn’t focused on you), all of this is communicated through very helpful tutorials. In fact, Xenoblade prides itself on accessibility, with a “story catch-up” popup that’s viewable at any time, a save-anywhere feature, fast travel, auto-quest turn-ins, transmogrification (read: cosmetic customization) and an ever-present optional casual or expert mode difficulty toggle. It’s a great gateway JRPG.

It does have its drawbacks though. Combat can feel very passive outside of boss fights, going through the same motions for “optimal” combos to save time and clear trash for experience. While Xenoblade is littered with hundreds of quests, many of them are “collect two bones” or “kill [x] enemies” — garden variety opening MMO stuff — which can get tiring. The AI (you can’t control all three party members at once, just the lead) can also still act stupidly and you can’t fine-tune their strategies.

Yes, the combat system still isn’t perfect. But here’s the big reason why people love Xenoblade Chronicles to this day: the highly emotional world and its characters. It has plenty of pure heart, a constant upbeat attitude, a beautiful soundtrack and a likable cast. Although the sequels have made mechanical strides, Shulk and his crew are timeless pillars in the pantheon of JRPG parties, and the mystique of walking on giant god bodies helps Xenoblade stand out among the pack.

It’s also still incredibly meaty if you need a new JRPG to sink your teeth into: whether you’ve kept up with the genre all these years or are a new (or lapsed) fan. Xenoblade is still 60-100 hours long, with optional challenge mode trials tacked onto the Switch re-release — all cleverly entwined with the lore. Of course, there’s a bigger piece of content afoot.

Alright, it’s time to talk about the epilogue (without spoilers). After briefly recapping the ending in cinematic form (with little to no context), the new chapter picks up one year after the main story. Shulk and Melia crash-land on a new area (Bionus’ Shoulder) and meet up with a pair of Pon friends that round out their melee/caster roles. The shoulder feels very familiar, but still lovely and lively, along with a new micro-villain to go along with the zone. It really is a fully-fledged side story, complete with returning voice actors and a more intimate narrative.

The pared-down approach of Shulk and Melia at the helm is taken a bit further, as there’s no skill trees in this completely separate save file, and the party combo attack system is simplified to a Pon army special attack (damage, healing or support). It all gives the epilogue a unique feel without “dumbing everything down.” After all, you still start at level 60 all pumped up with all of your abilities (minus Shulk’s power to see into the future), so you still need to keep track of everything you’ve earned so far and understand the fundamentals of comboing.

The world itself is a lot more chill though, with a contained micro-map and a lot of optional stuff to do. Now, much of that includes uniform fetch quests, but they still facilitate some intimate moments with the cast. The Skies of Arcadia-esque “Pon crew” mechanic (Ponspectors, actually) is really flavorful, as you’ll slowly add to your NPC party over time, buffing their combat prowess as you discover their whereabouts and ramp up progress for their massive optional quest.

In the end, more Xenoblade Chronicles is a welcome sight. It’s not going to change your mind on Xenoblade as a whole, but it’s very on-brand, right down to the performances. It’s fairly hefty as it’ll take you 15-ish hours to do everything, including a few long questlines and world bosses. You also get a few small bonuses for the main game for finishing it (mostly in the form of challenges).

Even if it didn’t have an extra chapter to conquer, Xenoblade Chronicles Definitive Edition deserves a third release. The Switch version has united this modern classic with the TV mode of the Wii original and the fully portable nature of the New 3DS edition. It’s truly definitive.