Relive the despair of permadeath on the go

I was pretty blown away by Firaxis Games’ re-imagining of the X-COM universe last year in XCOM: Enemy Unknown. So blown away in fact that it was my second choice for Game of the Year — and this is coming from a fan of the ’90s series.

I loved the emotional thrill of deciding the fate of the world, and living with the sorrow of war, defeat, and death — it comes naturally in Enemy Unknown, and is all the better for it. Pretty much all of that translates into iOS, surprisingly. 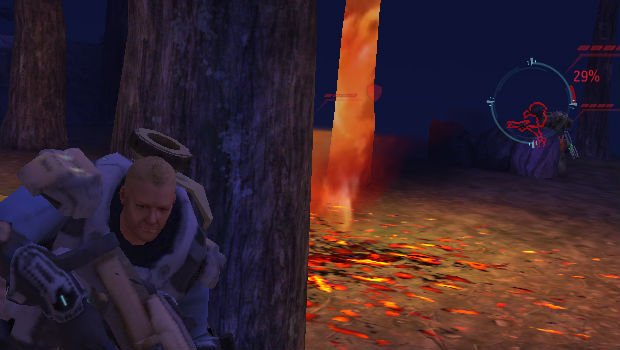 At first glance, XCOM may seem like just another turned-based game — but once you finish your first training mission and get into the nitty gritty, it’s much more than that. For one thing, there’s one major catch: XCOM: Enemy Unknown features permadeath. Despite the fact that you leveled up a character just right, pumped all your best gear in them, and relegated them to the cornerstone of your army, if they get outflanked by a surprise alien attack — boom, gone forever.

The main draw of Enemy Unknown is the fact that you build your own story as the game goes on with a variety of mission objectives, as the narrative occasionally butts in. Death will have a permanent impact on your game, both emotionally and mechanically, as you scrape up new recruits in a constant effort to best the unrelenting alien menace. Soon, you’ll start to feel the sting of an actual commander, deciding whether or not sacrificing a soldier is worth a victory, or saving a certain country is worth the effort.

Of course, combat isn’t the only focus in XCOM, as the base management and political balancing act is arguably more difficult. You need to decide which projects to research, and where to place buildings. Different countries are all contributing to the XCOM program, and if you don’t keep them all happy (or alive), they’ll completely pull funding. It’s a weird little meta-game, but it absolutely works, as you are forced to decide between the fate of two countries, and weigh the pros and cons of alliances on a constant basis.

A touch-capable device feels right at home for all these portions in particular, as you can select menu options and build new structures with the greatest of ease. Also, given the turned-based nature of XCOM‘s combat, the game works perfectly on an iOS platform. Yep — Iron Man Mode (that auto-saves with every turn) and the higher difficulty settings are fully intact, so no worries there.

Although Enemy Unknown has taken a hit graphically to fit on a tiny phone, it still looks polished, and it’s by no means difficult to tell units apart. I came in skeptical of how well the game’s visuals would translate to iOS, but after my first mission, I was sold. The iOS version is definitely at a lower-resolution than its PC and console counterparts, but all things considered, I don’t have any major complaints.

Truly, the only thing holding back this port is the camera control during combat. For whatever reason, Firaxis didn’t enable full “swipe” camera movement, which means you’ll have to slowly drag your finger along the screen to traverse some of the larger maps. Additionally, switching the view (which is normally done with multi-touch gestures in other games) is inaccurate, and is best served through the use of virtual buttons. 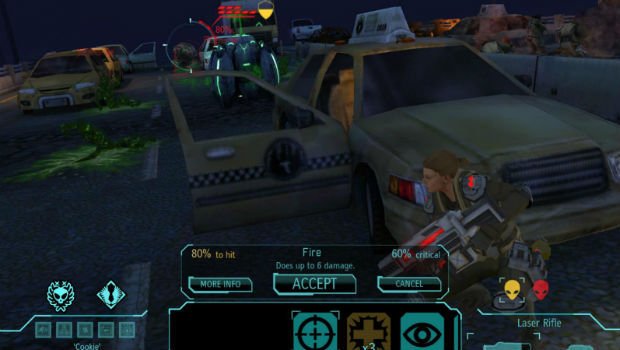 If you’re into multiplayer, it’s not available at launch, and is planned as a future free update. The good news is the full game is basically intact without any microtransaction nonsense present (I checked immediately and breathed a sigh of relief), and it’s a universal app with iCloud and Game Center support to boot. Some maps have been removed in favor of recycling a few — and fitting the game onto the App Store — but it’s not really noticeable, especially in a single playthrough.

XCOM: Enemy Unknown has translated incredibly well to the iOS platform as whole. While there’s no way I can recommend it over the PC, 360, or PS3 versions of the game (which you may be able to find discounted close to the price of the iOS version, with the PS3 version currently free on PS+), it still holds its own. If you haven’t experienced this modern classic yet and have absolutely no other way to play it, this port is where it’s at.