A world worth visiting, for free

Free-to-play is still a bad word these days with a lot of gamers. But it doesn’t have to be. Titles like Path of Exile have shown that providing a model where most of the content is free, but the cosmetic upgrades are paid, can facilitate an environment that not only respects their players, but influences them to want to spend money.

Lying somewhere in-between is Wargaming, one of the biggest F2P publishers out right now. Their newest game, World of Warplanes, is mostly a great example of how to do free-to-play right — it just needs to fix a few other things first. 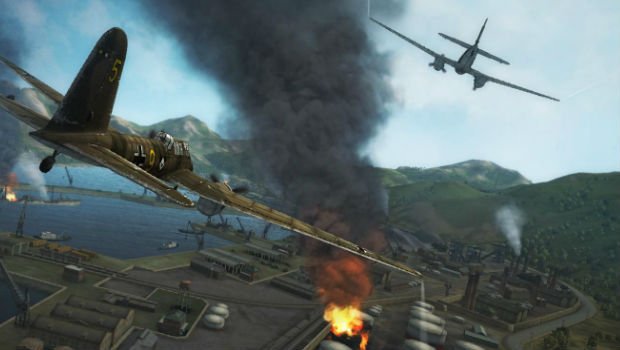 [Wargaming provided us with a press account for testing, but for the vast majority of the review, I spent my time with it with a good old fashioned free account to best judge the experience for readers.]

Wargaming makes it particularly easy to pick up World of Warplanes. All you have to do is go to the game’s site, download the client, and within minutes, you’re basically up in running in your first dogfight. For those who care, the cost of the free-to-play scheme is essentially an always-on DRM trade-off, as you have to be constantly connected with their servers to play. After a short and enjoyable tutorial you’re basically throw out into the wild, with the ability to select instant matchmaking team deathmatch fights.

Pretty much every control scheme is supported here, from a keyboard, to a mouse, to a gamepad, to an elaborate joystick and throttle setup. Mouse movement is ideal in my opinion, as the plane moves in the direction of your device, giving it an incredibly simplistic and easy-to-pick-up feel. It’s like telling the plane what to do rather than playing a standard flight simulator, if that makes sense. It fits the arcade nature of the game perfectly, and since all you really need to do is click to fire your machine guns and use consumables, it has a great learning curve.

But Warplanes is just that — arcade-like in nature. Don’t go in expecting a fully-fledged realistic simulator, because you’re going to be disappointed. World of Warplanes is a relatively simple game, and the flight physics operate on a similar pared-down manner. Concepts like losses of speed when making impossible turns and rolls don’t exist, and you can just fly around unfettered by the wind and the laws of physics in general. In other words, you’ll hardly ever stall, and you have more time to keep shooting people. 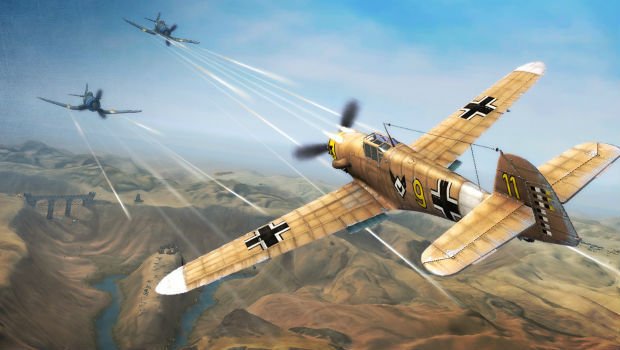 Good thing then that it’s fun to just fly around and take down otherss in a 30-player setting, as it leads to some particularly tense moments. Flying straight into the path of enemy planes and escaping by the skin of your teeth is easy enough to do on a consistent basis, and the different types of planes all have varying play styles to master. Getting outnumbered is another scenario of note — struggling to stay alive can be strangely addicting. In terms of the barriers of entry, while the visual style of Warplanes may not be on par with high-end PC titles out right now, it’ll run on nearly any machine, which is a smart strategy for a free game.

Now, on to the free-to-play parts (I can hear the groans now). World of Warplanes has three types of currency — XP (performance based), Credits (earned in-game), and Gold (real-money currency). XP makes up the bulk of the game, as this is what you’ll essentially use to unlock all of the game’s content. Credits can also be used to facilitate purchases, from planes to cosmetic upgrades. This operates very similarly to IP and RP in League of Legends. Gold is used to basically flag “premium accounts,” which are in a way like MMO subscriptions. You can earn more XP and credits, to unlock more planes at a faster rate.

So how is this fair? Well, Warplanes matches you with players of a similar rank, and outside of the planes, you can’t buy any substantial combat advantages. So while premium players may be playing their own games with tons of unlocks with other similar crowds, you’re not in their game getting wrecked by their super planes. 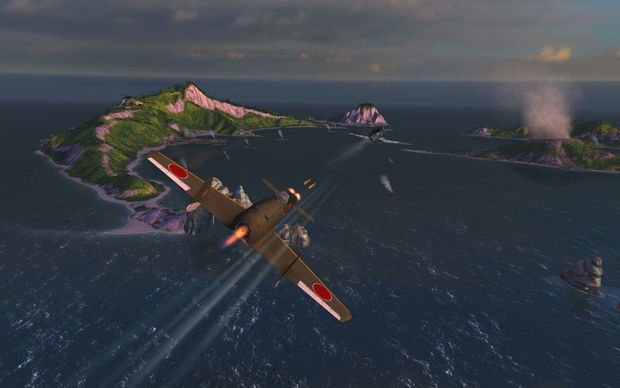 Having said that, you can unlock everything on your own, but you will move at a very slow pace by design — lest you pay the exorbitant prices involved to unlock them before their time. Early on you’ll start unlocking things left and right, but it slows down after around 10 hours of play. If you’re okay with flying the same planes on occasion and not making a whole lot of progress you’ll be fine, but personally I could have used a bit more variety — all it would need to do is look to its older brother World of Tanks.

Another problem is the lack of variety. I had a lot of fun playing Warplanes, but if you’re not keen on going in for dogfight after dogfight (constant team deathmatches, basically) you’re going to get bored a lot quicker. I don’t really have any complaints on the solid netcode that supports 30 players, but a lack of different modes really hurts the longevity of Warplanes. It doesn’t help that the maps mostly feel the same, with early levels feeling particularly bland. I would love to see some ravine-type maps or death races through canyons in the future.

World of Warplanes has a studio that prides itself on supporting its games long term, so I have no doubt that Wargaming will continue to improve upon the formula. In the meantime, it would be a good idea to give both Warplanes and War Thunder a try and see which one you like best.

Filed under... #Flight Simulator#World of Warplanes