Yokai watch me chop up these ghosts

Show of hands: who here thought World of Demons was quietly canceled months ago?

I know I did. When it was announced in 2018, I was really looking forward to seeing what PlatinumGames could do with mobile gaming given it’s behind the best action titles I’ve ever played. Shortly following that announcement, the game had a soft release in a few countries, but was pulled from mobile shops by September of that year. From then, it was basically radio silence on the project. No new info, no new trailers; as the months and years passed and the mobile ecosystem evolved, the title quietly drifted from my mind. And just when I had forgotten about it completely, it shows up out of the blue on Apple Arcade.

Clearly, the lesson we should all learn with PlatinumGames is to have a little patience, because sometimes, it pays off. 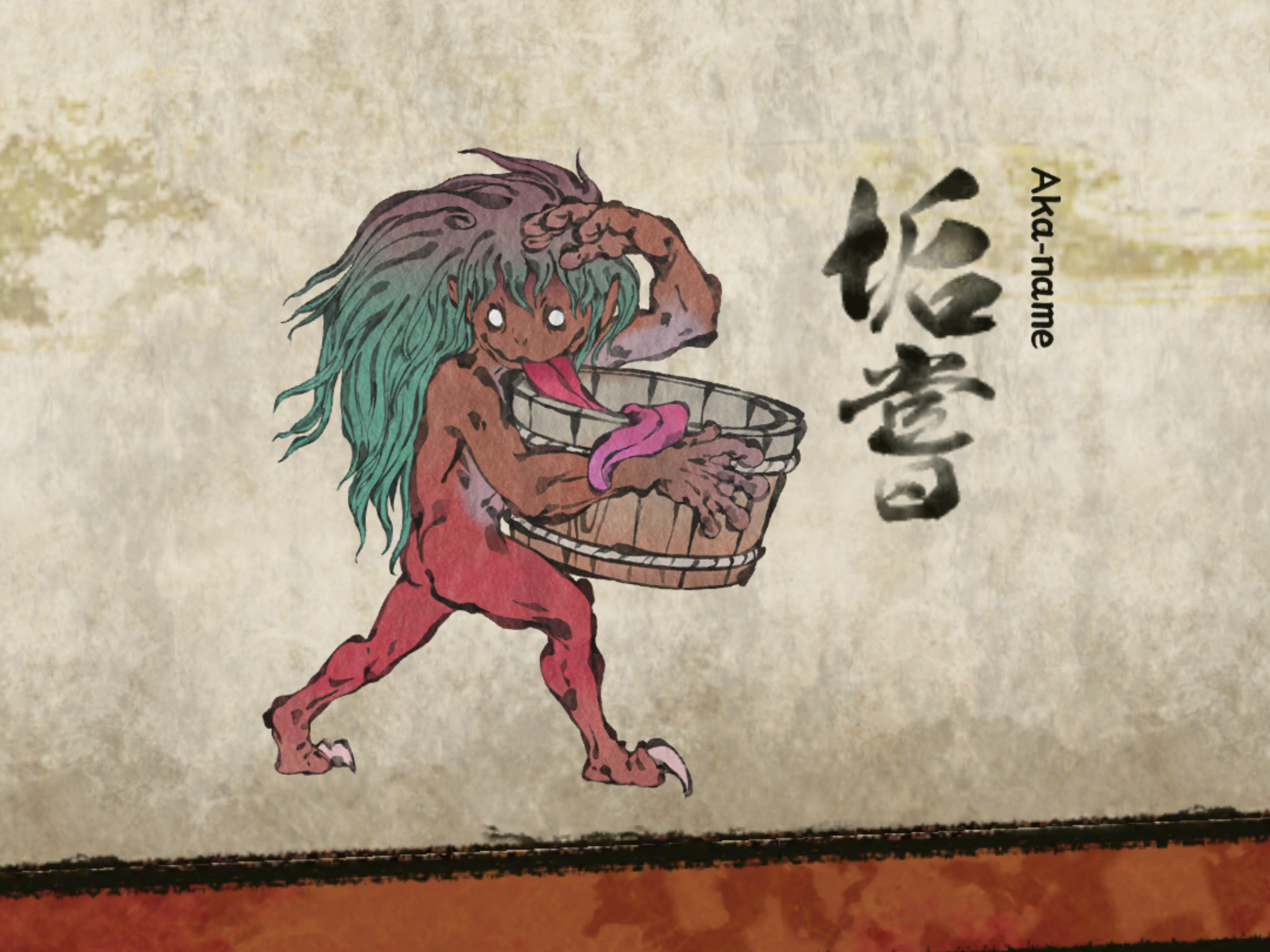 If you subscribe to Apple Arcade, you’ve probably come to recognize that many titles for the service follow the design philosophies used by free-to-play mobile titles, but without most of the freemium nonsense. Games like Sociable Soccer, Lego Brawls, and, most recently, Star Trek Legends have progression systems and gameplay that are similar to F2P titles, but adjusted for the ad and microtransaction-free garden of Apple’s subscription service.

World of Demons charts a similar path. This tale of the warrior Onimaru’s quest to kill the king of demons with his frenemies at his side certainly has the structure of a free-to-play title, with loot-based leveling, gacha mechanics, and a ranking system that gatekeeps story progression. But with no season passes to worry about, no paid loot boxes, and no artificial limiters on how much you can play, nothing is standing in the way of fully enjoying PlatinumGames’ attempt to recreate its gold-standard action gameplay on mobile devices.

Don’t come into World of Demons expecting Nier: Automata on your phone. It’s good, but not that good. Onimaru’s journey will take him through beautifully cell-shaded linear stages where most fights are telegraphed in advance, so you’re never taken by surprise. Like with other Platinum titles, these fights against the waves of exquisitely designed yokai are restricted to a small circle that you’ll hop and dodge around as you chain together attacks to score to coveted “S” rankings. The game uses a single action button that can be mashed for light melee attacks, or held down for stronger swings. Mix those two together, and you’ll be able to create some devastating combos.

Unique to World of Demons is its yokai-collecting mechanic. Defeated yokai will drop orbs that can be picked up and used in battle as a one-time-use special attack. For instance, the Kappa, which is the first yokai you’ll encounter, will automatically smack your opponent with a water attack. Some are a little more hands-on, such as Ushi-oni, which not only requires perfect placement for maximum effect, but asks you to button mash while also making sure you’re dodging any attacks from opponents not caught up in its fire. When you complete a level, you’ll have a chance of adding any of the yokai you defeat to your permanent stable as a minion, and this includes boss characters. You can equip two minions to each of the playable characters, and if you pick up an orb of one of your equipped yokai on the battlefield, you have the opportunity for a unique attack that can deal an absurd amount of damage.

With so many attack possibilities, I have to hand it to PlatinumGames for getting the touchscreen controls as good as it did. Make no mistake, this game is best played with a controller, but everyone should be able to hold their own without one. The biggest issues I faced with touch controls are World of Demons’ slow camera controls and unreliable auto-target system. Thankfully, I was usually able to overcome the latter with deft usage of the dodge button. 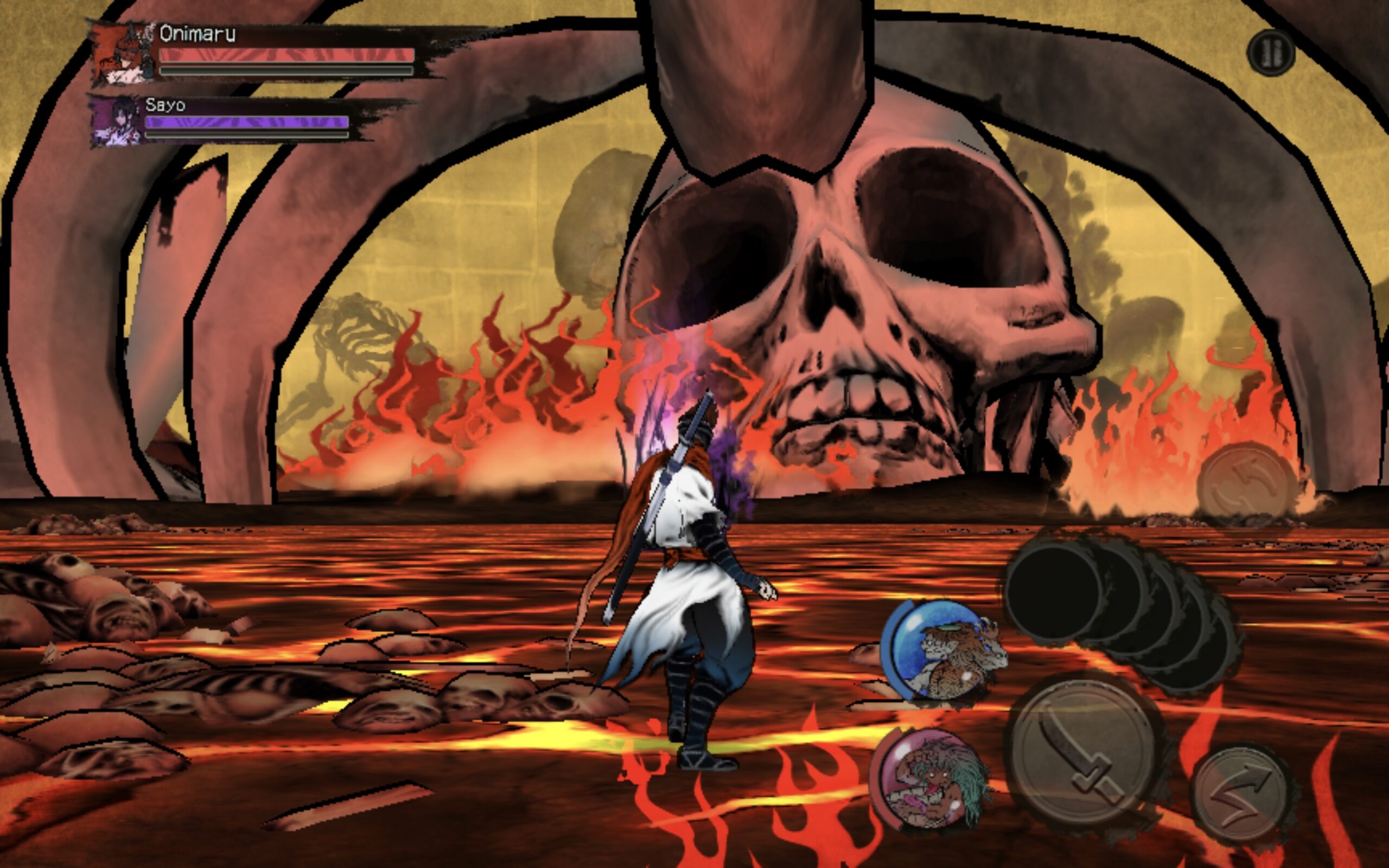 I got really good at the game early into my playtime but found it less and less exhilarating the longer I’d play it. World of Demons is really not the type of game that should be muscled through. While you certainly can do that, building up your rank to unlock more of the serviceable story, it’s probably best to treat the game as if it were still a free-to-play title and back off it if you ever start to feel the gameplay growing tedious. It’s certainly fun, but with the amount of grinding you need to do to level up your various weapons and minions, it’s more bite-sized fun rather than sink-your-whole-weekend-into-it fun.

I don’t know if PlatinumGames has any further mobile titles planned, but it’s certainly built itself a solid foundation for future projects with World of Demons. Its action gameplay is solid, its world striking, and it’s all brought to players without most of the F2P garbage that usually stands in the way of a game’s true potential.