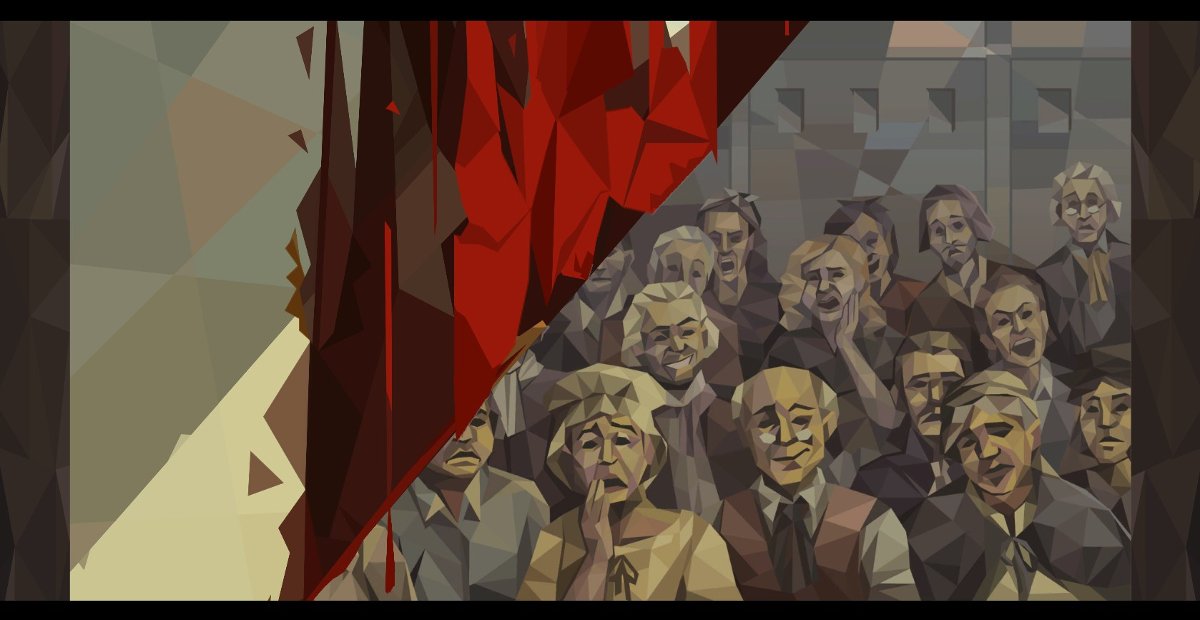 That’s it, I’m getting me guillotine

Unlike any other medium outside of visiting a historical recreation, games afford us the unique ability to not only see but feel what it would be like to live during a pivotal moment in history. Most historical games would put you in the shoes of a higher-ranking official, but that doesn’t give you an experience other than pure power. To get the right feel for a tumultuous time period you must be someone whose death would not be monumental.

We. The Revolution understands this and puts you in the seat of a revolutionary tribunal judge after the fall of the French Monarchy in the late 18th century. By overwhelming you and never letting you rest on your laurels, it makes you feel like any day could be your last. As an emulation of the French Revolution, it works splendidly, but as a game, it has some faults. 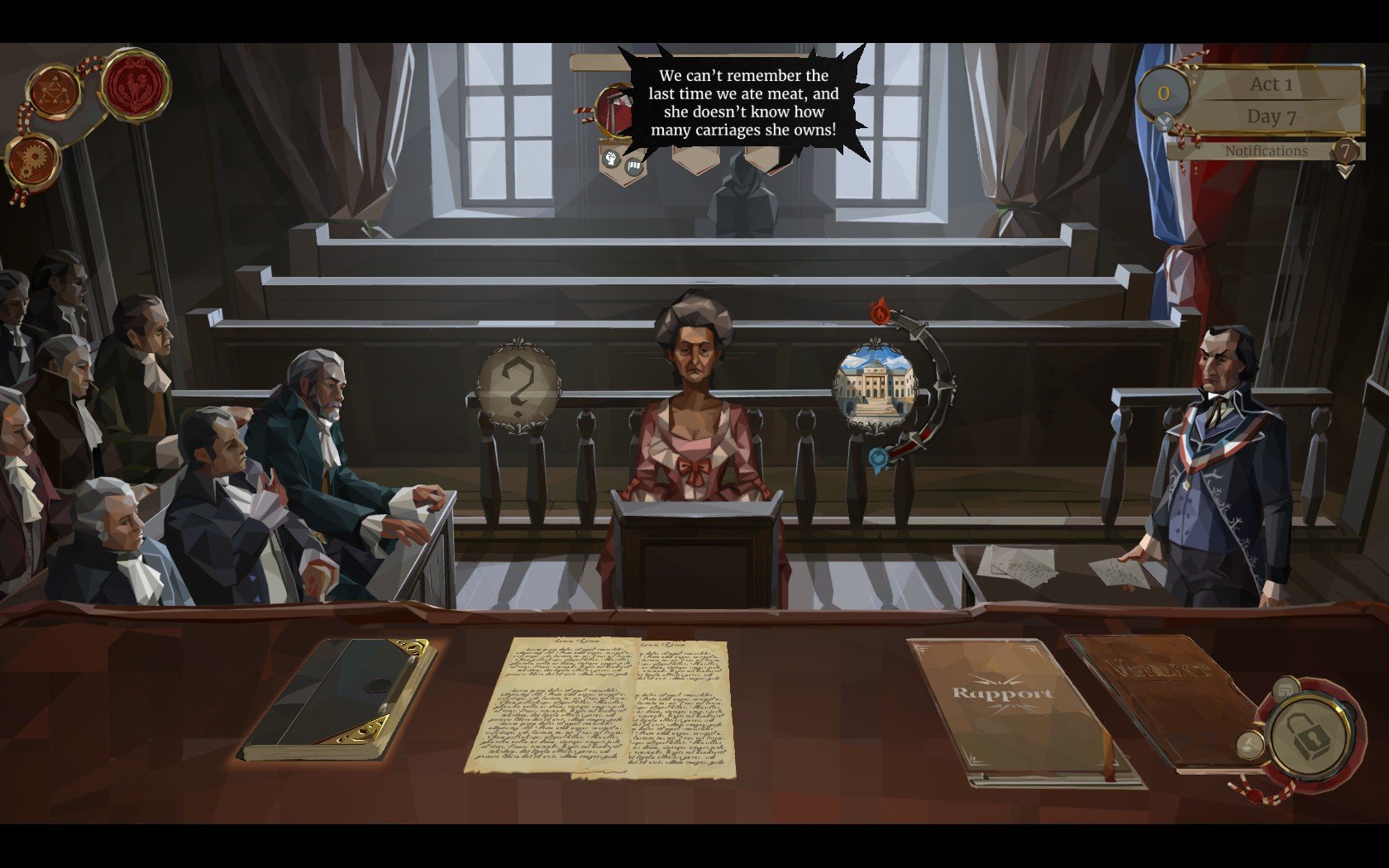 We. The Revolution has a lot going on in it, so much so that I’m having a hard time determining its genre because the game doesn’t stop throwing new mechanics at you. It has shades of adventure and role-playing, as well as some strategy thrown in. Gameplay starts out as a courtroom procedural where you go over evidence, question the accused, render a verdict based on what you think should happen to the defendant, as well as filling out reports based on your findings.

Every verdict you render affects your rating among the various classes living in Paris, and you also have to take into account the jury’s opinion. As orders came down from above about less moral ambiguity and more heads on the chopping block, I began to stop thinking about the cases at hand and more about managing my reputation. At first, I got annoyed with this, but the more I played and got involved in the world, it felt appropriate. It really puts you in the shoes of a person in a lesser position of power that had superiors they had to follow.

On top of cases, you also have to manage your home life where your family is as fractured as could be. Each of your family members is a member of a different faction and your wife holds a grudge against you from your years of being an alcoholic. You manage their opinions of you by choosing each night to take part in an activity with them. Each activity has an effect on their reputation which then transfers over to the faction they represent.

If this seems like glorified resource management, then you’re on the right track because that’s what it is. Ordinarily, I would find this to be lazy game design (I’m looking at you Gods Will Be Watching) and throw it in the trash. But in a paranoid society such as the young French Republic, where everyone suspects everyone else so they aren’t the next being led to the gallows, this juggling of enemies and allies really drives that feeling home.

Unfortunately, they continue to pile the mechanics on and bring in a tactical recreation of Paris where you must deploy agents to gain support and quell those who would want you dead. Doubling down on the strategy element, they introduce battles later on in the game where you decide how to attack in a rock, paper, scissors like mechanic. Those who know me know I’ll gobble up anything with even a whiff of strategy to it, but these just seem like things that were tacked on to break up the resource management. They didn’t really work for me and their absence wouldn’t be missed.

The persuasion mechanics, on the other hand, work amazingly well. At various times through the game, you will have to manipulate a crowd or person by giving a speech. You are given a set number of topics you will have to cover, and four approaches you can take regarding the subject. You can approach with carelessness, humility, aggression, or manipulation. Before you initiate the conversation you are allowed to test your approaches and you can see how it would fare then adjust accordingly when actually doing the speech. Depending on how well you rouse your target they will either support you or turn against you. It’s a nice take on the branching conversation mechanic and in a political game such as We. The Revolution, something like this is sorely needed.

Make no mistake about it, We. The Revolution is a political game. It doesn’t pull punches when it comes to the corruption of those in power, nor with its subject matter. I feel it necessary to warn that there are some cases in here that deal with sensitive subjects that some may find disturbing such as but not limited to rape, the position of women in society, and pedophilia. For the most part, from what I experienced, it is all handled maturely. There is one instance where a same-sex relationship can be used as leverage, but owing to the time period it feels historically accurate, as crappy as it may be by today’s standards. 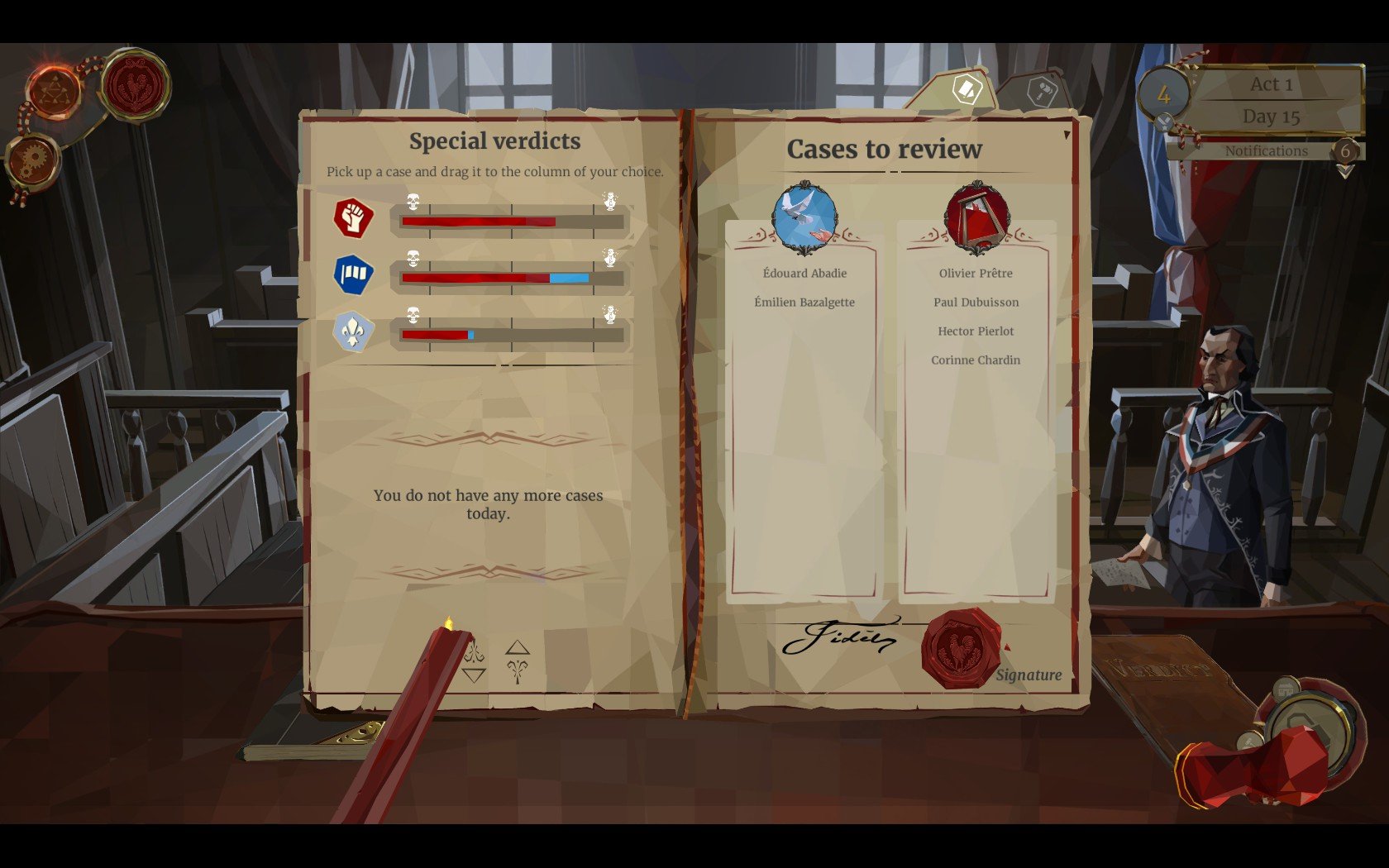 As far as historical accuracy, some liberties have been taken with exact events to aide the branching narrative mechanic but the structure is still there. The overarching story is up and down and while there are moments that are somewhat boring, there are a few moments where the game yanks you right back into the world and doesn’t let you forget that it is in charge.

There is an expected knowledge of the revolution to fully grasp the story as there is little to no lead-in to the world. While I am a student of history, and have a particular interest in historical uprisings and regime changes, my knowledge of the French Revolution is somewhat lacking. So when I was having trouble finding my footing in the opening hours, I wondered how those who didn’t share my predilection for history would fare.

Aesthetically it’s a beautiful piece of art. The entire world is bathed in polygonal art that give off at once a hollow as well as fiery feel. There are times where I wish they had put some bedding music into the trials but the silence in some of the more mundane cases helps drive home the feel of the day-to-day of being a judge.

There is an issue with the fact that the dialogue is spoken in English with bits of French words and accents thrown in for flavor. This is a huge sticking point for me and it’s not like the dialogue is so overwhelming that to use French audio with English subtitles would be a bad thing. For as engrossing as the rest of the game is at bringing you into the world, the English audio tears you right out of it. Thankfully voiced cutscenes are on the lesser side but it still stuck in my side like a dagger. 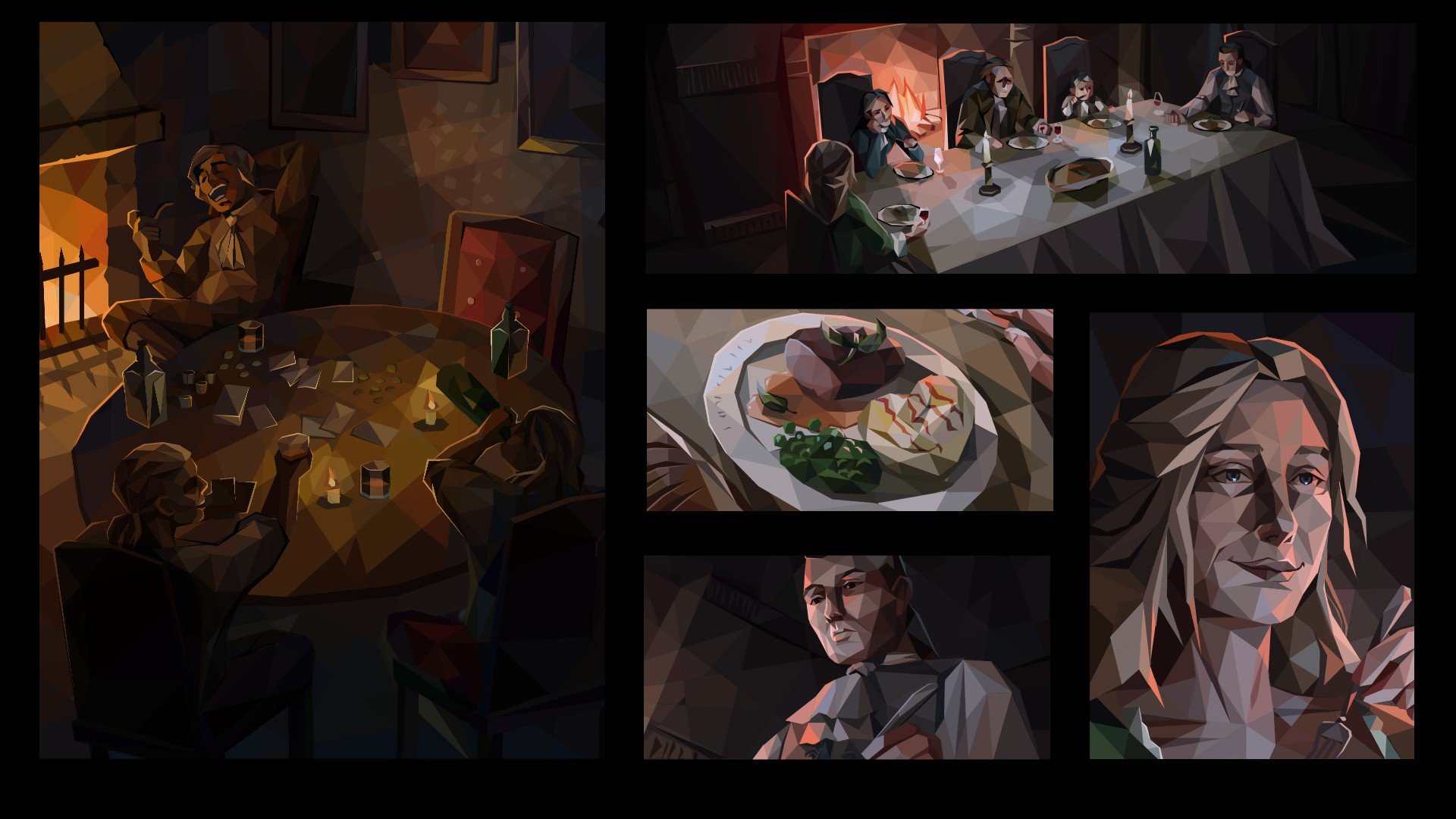 We. The Revolution is clearly not for everyone. It’s undoubtedly slow with the most thrilling aspect being the persuasion speeches, and even then that’s just dialogue. But if you’re in the mood for something that really transports you to the tumultuous time of the French Revolution then I don’t think you will find a better way there.