Those are the things I’d rather do than ever play this steaming pile of shit again. 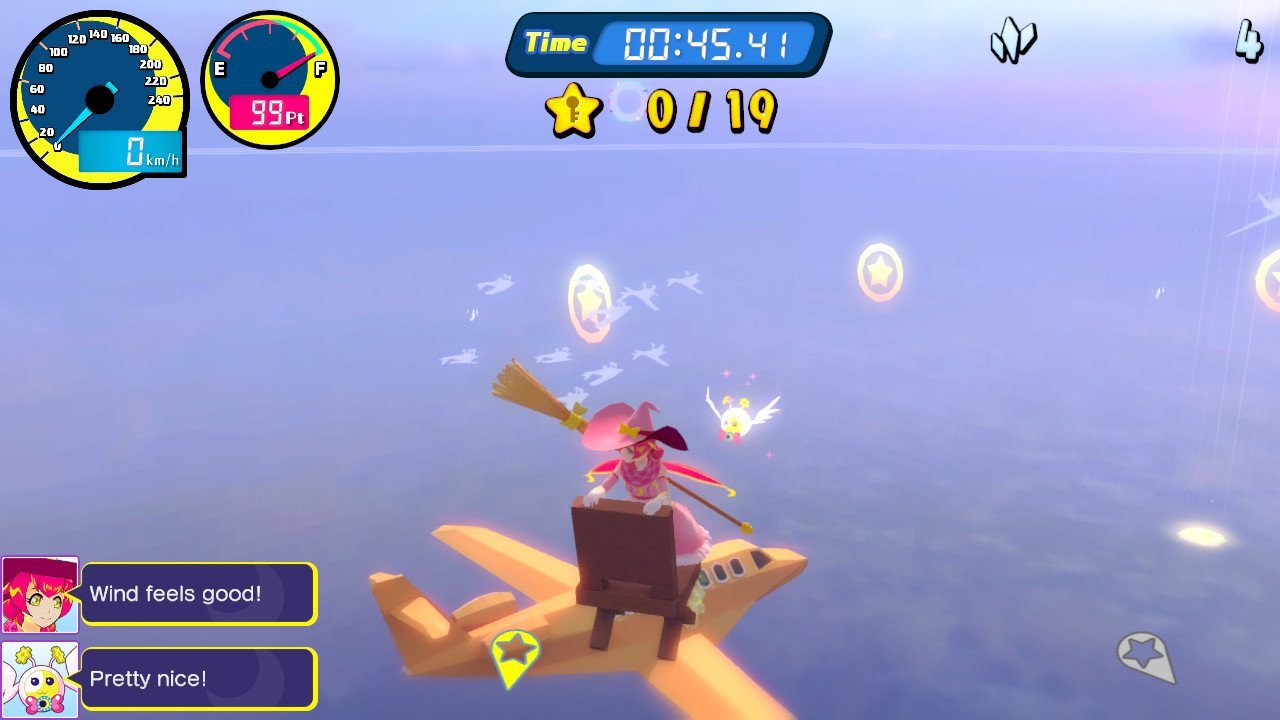 Vroom in the Night Sky is not only the worst game on the Nintendo Switch, but easily one of the worst games I’ve ever had the displeasure of reviewing. This game is so bad, I can’t imagine how or why Nintendo allowed it to be sold on its marketplace aside from the fact it needed more content on the console. That or someone held a gun to Reggie’s head until he agreed to let them sell the game on the eShop (take note indie devs).

In this hot trash you play as a witch that rides through the air not on her trusty broom, which she has with her, but various scooters. That sounds funny and silly, right? Like, how can you fuck that up? I’d like to imagine the developers at Poisoft had a brainstorming session to come up with every way possible and then implemented them into the game.

Your goal in this garbage game is to fight with the slippery imprecise controls to fly through and/or shoot missiles at giant circles with stars in them while being barked at in horribly translated broken English by a flying creature and an evil witch that poses no actual threat at all but for some reason spawns on every stage. You can also pick up or shoot stardusts, which are also earned by doing ‘cool moves’ like braking and ‘not driving an airplane into skyscrapers ending your miserable life.’ These stardusts act as currency that can be used to buy other bikes that control even worse than the one you start with, but hey they go faster so I guess that is a win, right?

The stages in Vroom in the Night Sky are all big open squares filled with a few obstacles here and there, some of which even have textures. Can you believe it? But they all look like something you’d expect to find in a game on the original PlayStation or even the N64, as they are all blocky and hideous.

Vroom features the much-hyped HD Rumble, which means your controller constantly rumbles in the exact same way the entire time you’re accelerating your dumbass witch through the air. While this feels good against your nipples, clitoris, and dad-hole, it can’t really get the job done as the Nintendo Switch Joy-Cons don’t work when placed inside of yourself, as I’ve proven. Also, by the time I was done playing the game my hands were tingling and exhausted from the constant rumbling.

Maybe the most laughable part of Vroom in the Night Sky is the localization, which is the proverbial cherry on top of this shitty cake. I’ve played plenty of bad localizations in my day, but this is easily the worst. It’s so grammatically broken it rarely even makes sense, pending you can read past the typos. Yes, they didn’t even bother to spell check it, let alone pay someone to localize it properly. 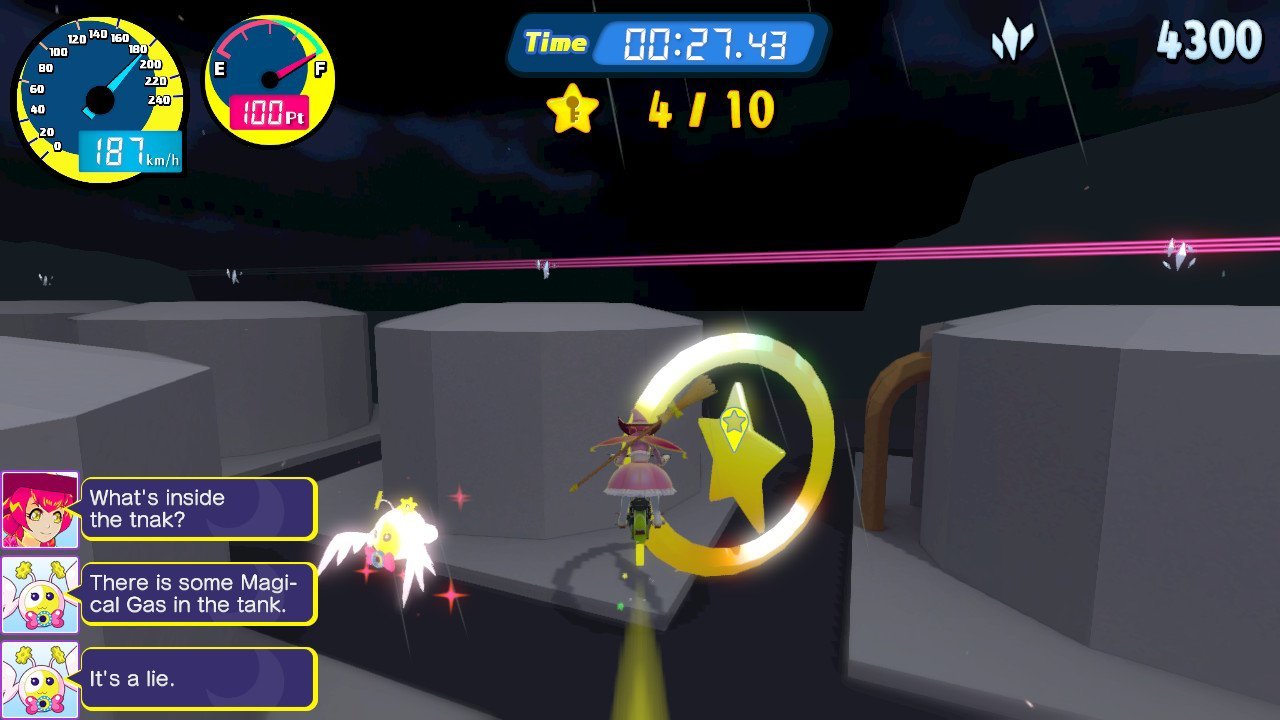 Do you ever think to yourself “I wonder what Kirby music would sound like if played on a Casio keyboard by a deaf geriatric at a Russian flea market?” Then you’ll absolutely adore the soundtrack of Vroom in the Night Sky. All of your favorite MIDI sounds are back, and they can only be heard in this Nintendo Switch exclusive. Okay, maybe it isn’t that bad, but it is pretty awful.

You know the most messed up thing though? I played through this entire game and even got all but one of the in-game achievements because I’m clearly a masochist. It really pains me to say that getting the last achievement would certify me as “skilled Magical Girl” and I don’t think I’ll ever get it. I just can’t bring myself to grind through more of Vroom in the Night Sky just to buy all the shitty mopeds just to get a meaningless reward that probably changes nothing.

The Nintendo Seal of Quality is long dead, but at least you can take your shovelware on the go now. Checkmate, Steam.

[This review is based on a retail build of the game gifted to me by my friend enemy NintenDaan.]