Get out of the house!

In the first 30 minutes of Viviette, I have to put my Switch down. The tension fraught by this darkened house, lit slightly by the lantern in my character’s hand, is almost too much to bear. The music is ramping up and something, or someone, is going to come and kill me. I can feel it in my bones and the anticipation of their arrival is giving me goosebumps from my wrists to my shoulders. The scene reaches its crescendo when the being finally does appear and attacks me.

I’m equal parts giddy and squirrely as I run away from the monster. It’s a great scare and I can’t wait to see what else Viviette has in store for me. Turns out, that one moment is about all this game has to offer. 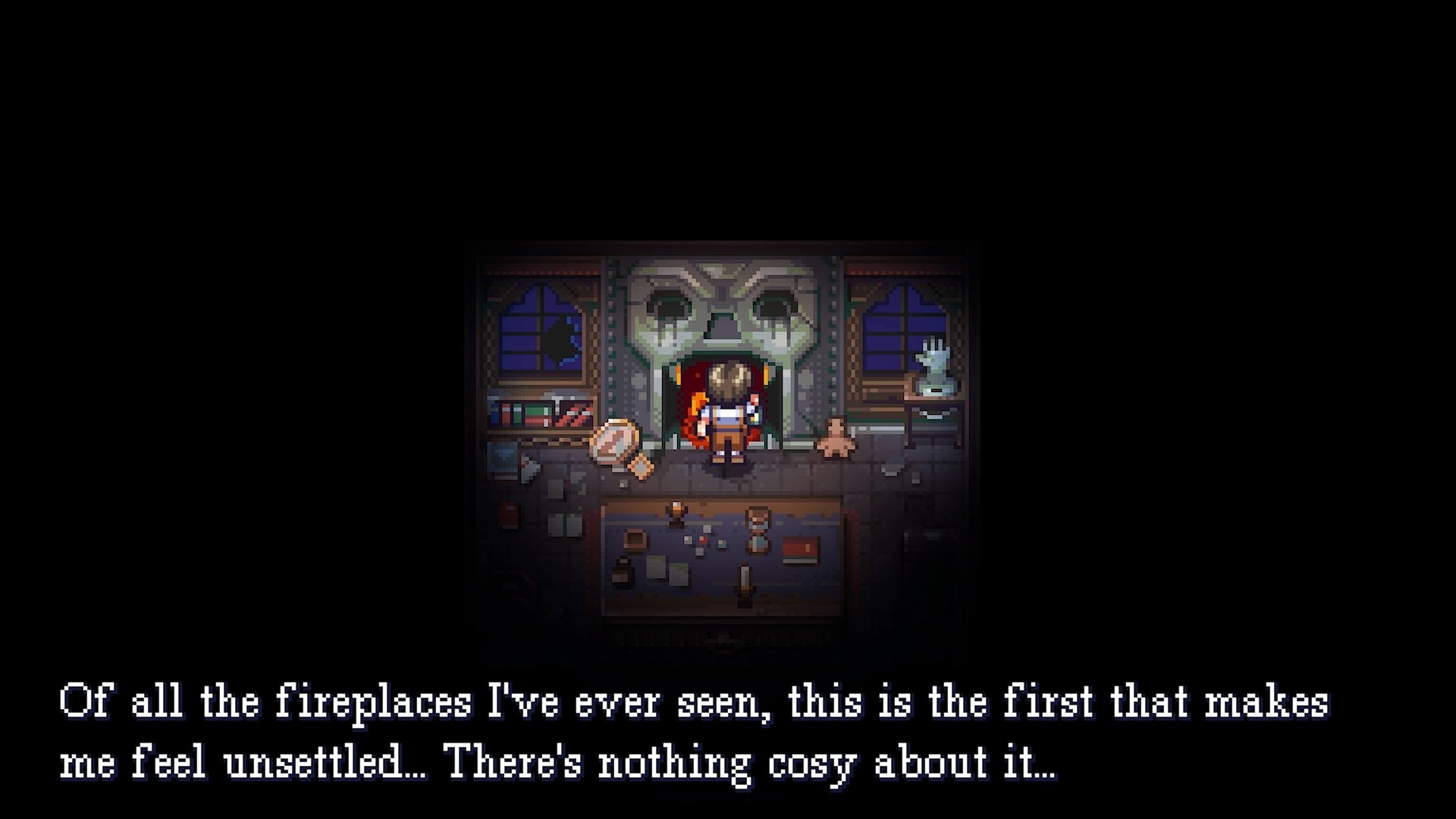 Viviette starts off with a classic trope of the horror genre: a group of friends is alone on an island that’s home to a creepy, dilapidated, and almost-certainly haunted mansion. Three of the friends go missing and it’s up to the fourth to find out what happened to them while avoiding death and uncovering the dark secrets this house holds. I’m a big fan of this setup and Viviette makes the most of it.

The story is told as a flashback. The player character begins at the end of the story, in a hospital bed, recounting his trip to the island. Within minutes the mystery starts to build. His sister goes missing, his friends can’t be found, and as he’s searching for clues around this sprawling mansion, a knife-wielding woman is roaming the halls, ready to stab him to death in an instant. For the first 40 minutes or so of the game, I’m really into it. The hair on my arms stands at attention whenever an apparition appears in a room and the first few encounters with Lady McStab-Me-To-Death are exhilarating. Unfortunately, because there is no rest from her pursuit — she’s always on the move — it eventually loses its ability to frighten. Well before I’m done solving the final puzzle, she ceases to be a credible threat to my survival. Instead, she’s more a nuisance, equivalent to fly buzzing around a picnic lunch.

She won’t go outside, but each uniquely designed room in Neuville Mansion is fair game for her. Even if it’s a save room, she won’t give up and this is part of the reason why she stops being scary so early in a relatively short game. You can’t fight the woman. If she catches you, you have to press buttons frantically to escape her grasp. You can run, but hiding doesn’t work at all. The first time I encountered her, I ran into a room and turned off my lantern. It was pitch dark in there, but I could hear from her footsteps and moans she was in there with me. And she wouldn’t leave. I sat there for five minutes as she moved in a small portion of this small room, never actually coming close to my character. The first time this happened I frantically made a run for it. The second, third, fourth, five, and sixth times it happened, I chalked it up to bad AI.

When you’re not running hiding from her in the many rooms of the mansion, you’re generally solving a puzzle in them or locating an item. Like adventure games of yore, each item generally has a single use and it’s not long before Viviette starts to feel like an elongated trading sequence. Item A gets me Item B which gets me Item C which opens the doors to Items D and E, and so forth. As for the puzzles, they follow a predictable formula that places the puzzle in one room or area, and the solution in another. Only one early puzzle in the game tripped me up while the rest were pretty self-explanatory.

The best things Viviette has going for it are the strong pixel animation, the genuinely disturbing backstory you uncover through journals and letters, and the design of several of the rooms. There is an intentional doll motif throughout the house and even with its 16-bit Game Maker graphics, the various bloody doll heads and lifeless mannequins sent chills down my spine. The fear I feel in those rooms is compounded by the smart decision to only let players see clearly see what their lantern illuminates.

But as I explored more of the mansion, the design starts to hit a point of diminishing returns. There are too many creepy statues, too many pools of blood, and too many run-ins with the knife woman to keep up the pretense that I’m supposed to be terrified. Viviette tries to go gonzo with the jump scares and frenetic furnishings rather than showing a crumb of constraint, something that would have gone a long way to keeping the tension from the first 45 minutes or so alive through its conclusion.