Viral Survival was released on WiiWare back in May. If you take a look at your wall calendar, you’ll notice that it is currently the month of August. That is, of course, if you’ve remembered to keep track of the days. Otherwise, your calendar probably says its the middle of June or something. Just trust me when I tell you it’s August, okay?

So, why am I reviewing a months-old title from a digital service where games typically don’t have much of a shelf life to begin with? Well, for that very reason. Games released on WiiWare don’t have the same level of exposure as those on XBLA, so otherwise decent games vanish into the ether without anyone batting an eye. Crying shame, eh?

Yeah, Viral Survival is one of those middle-of-the-road numbers that was never gonna rock the house, but it’s only fair to give games of its ilk the same shake as the more high-profile ones. 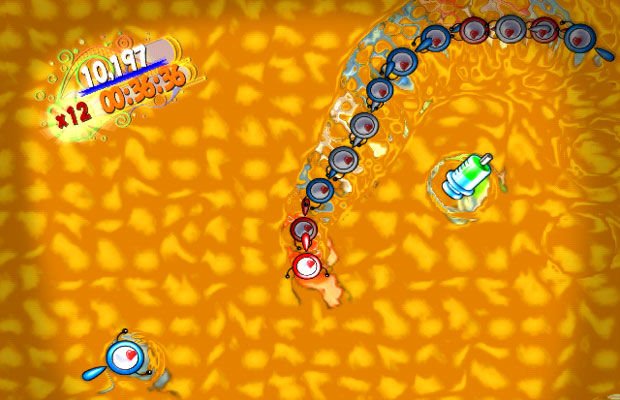 In a nutshell, Viral Survival is Snake with some extra goodies. You control a DNA unit and collect other DNAs to form an ever-growing chain. The number of DNAs in your chain determines your score multiplier, but your multiplier will decrease if an enemy virus comes in contact with your tail and detaches a few units. Natch, should a virus touch your lead DNA, the game is over.

To spice up the punch, items will appear every now and then. The vaccine bomb will launch a number of homing missiles equivalent to your chain length, and the destroyed viruses will leave behind a husk that can be devoured for bonus points. The vaccine syringe will give you Pac-Man powers, allowing you to devour viruses freely for a limited time.

Then there are a few nifty additions that add a dimension of strategy. For a point penalty, you can jump over viruses should they swarm you. If your DNAs come in close proximity to a virus, you’ll earn skill bonuses just like you would in Crazy Taxi for dodging traffic. Since your view of the map is limited, you can press the minus button or the 2 button to zoom out. It’s also prudent to pay attention to where your DNA is looking as it will always point towards the nearest DNA or item. 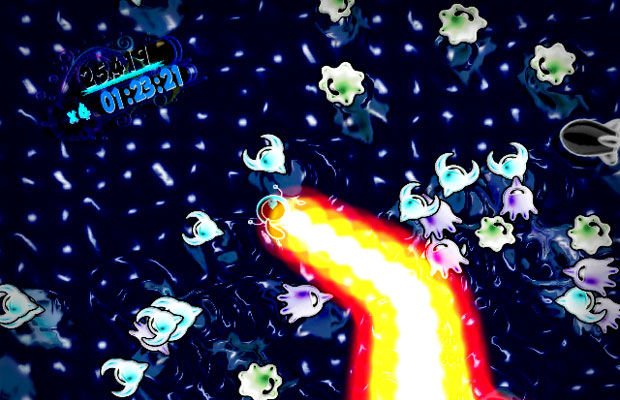 In addition to the Normal Mode, there are four other modes of play. Progressive Mode is fundamentally the same as Normal Mode except that your DNA doesn’t travel in the direction you tilt the control stick. Instead, the stick is used to steer left or right, accelerate, or brake. Braking will hit you with a point penalty while accelerating will give you bonus points but will send you careening uncontrollably.

Next up is my personal favorite, Horde Mode. There are no DNAs to rescue, so your objective is to kill as many viruses as you can. Bombs will spawn at a rapid rate, and killing a virus will yield another bomb in its place. Racking up your multiplier involves following the chain of bombs that appear from defeated foes. 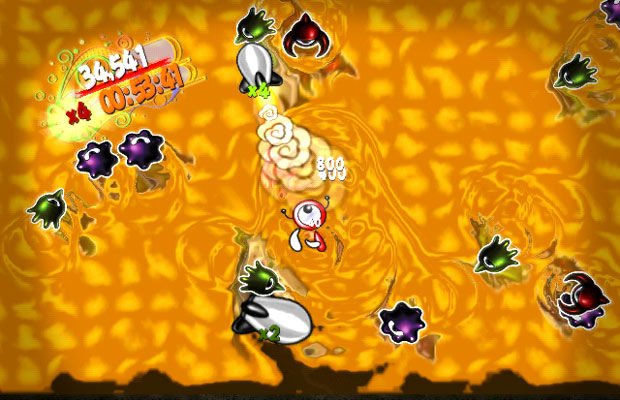 In Zoom 128 Mode, you have a super zoomed-in view of your DNA and are required to collect 128 DNAs as quickly as possible. You have to pay attention to your DNA’s behavior, following its gaze and watching for when it begins to sweat, indicating a nearby virus. You don’t form a DNA chain in this mode, but your body swells up, making it harder to avoid enemies.

Finally, there is Shooter Mode which also tasks you with virus hunting. You are constantly firing a stream of bullets in the direction you are traveling. A new item, an ammo capsule, allows you to temporarily fire a spray in all directions. More than any other mode, this one really requires you to exercise caution and to make only necessary movements.

As icing, you can go for achievements such as collecting 20 of one color DNA or the deceptively difficult task of lasting two minutes in Normal Mode without earning a single point. There’s also a worldwide leaderboard for each mode, although here is where the game’s lack of players becomes readily apparent. Within two or three attempts, I’ve been able to squeeze into the top 100 of some of the modes, yet I wouldn’t call myself a natural talent. But whatever — here are your leaderboards, you competition nuts. 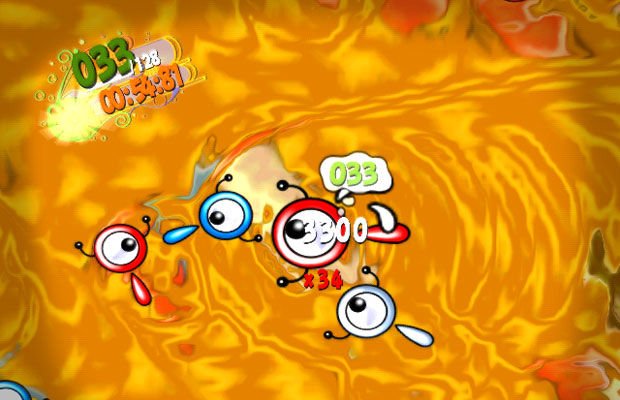 You can play this game two- or one-handed — the option to map pause to the C button means you can navigate the menus and play the entire game with just the Nunchuk. There’s also the option to use the Classic Controller or, surprise surprise, the GameCube controller. Is it just me, or do not enough developers remember that there are GameCube ports on the Wii? Either way, Wii Remote phobics should be satisfied. No matter how you play, the controls are tight and responsive, although I find turning in Progressive Mode to be a little bit too sharp.

Really, there isn’t much wrong with this game at all. The visuals are very bright and the characters have a lovely flat paper look. I also think the ripple effect is a lovely touch. Though the same music track plays over and over in every mode, it never got too grating. I suppose Peakvox could have included some form of multiplayer, but I can’t imagine how one would be implemented.

Viral Survival is pure arcade score attack action. What you put into it is what you get out. If that’s not your thing, that’s not your thing. However, I believe there’s just enough depth and variety to hook someone looking for quick bursts of fun. It’s challenging, addictive, and just plain ol’ dandy.