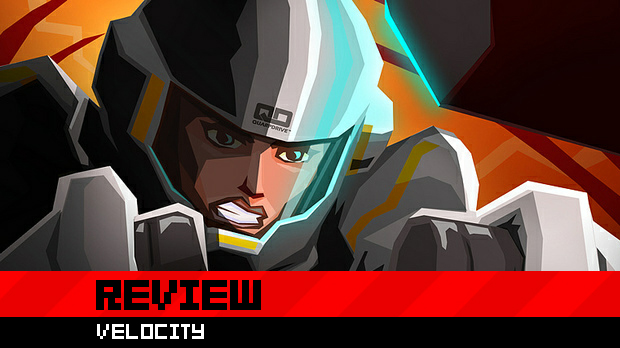 Though I enjoyed the frequently masochistic pleasure of playing this brave little PS Mini, I wonder if there will be others who will join me in celebrating FuturLab’s crafty, maddening space shooter. Despite its shortcomings, Velocity‘s strengths make it one of the most bafflingly original games I’ve played this year.

Trials Evolution is to racing games as Velocity is to shoot-em-ups. You may mistake them for cookie-cutter entries in their genre when glancing at screenshots, but these two games reveal themselves to be much wilder beasts through play. However, some basics of the shmup hold true for Velocity. You fly across a top-down 2D plane, shoot at things, and dodge obstacles. If this was all you did, I wouldn’t have shouted in agony over the course of the game’s 50 stages. I wouldn’t have been nearly as thrilled, either.

Like Trials, you must unlock new tiers of stages through skillful play. Performance is measured in three ways: time, survivors rescued, and points received from defeating enemies. Though beating most of the stages isn’t difficult, I had a hell of a time perfecting my time and strategy. Survivors, basically icons you pick-up by maneuvering over them, often conflict with taking the shortest way through a stage. Thankfully, you have some unique abilities to help you out, each of which is slowly unveiled throughout the course of the game. 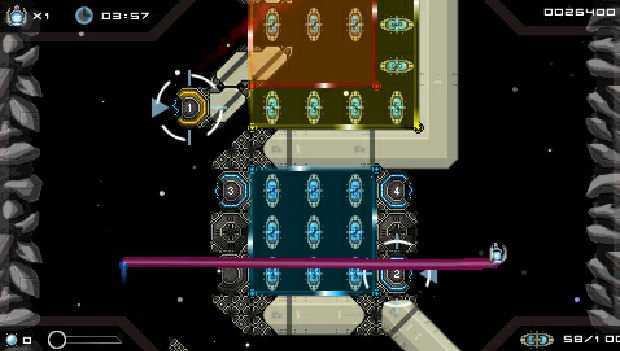 Things start simply enough. Holding down the right trigger makes the screen scroll faster; if you want to earn gold medals, you’ll need to use this function generously. In fact, some levels require it, giving you little more than a minute to reach the end. Once you get used to the game’s speed, developer FuturLab throws a wrench into the system with teleporting. Holding down the square button brings up a cursor which you can move across the screen; let go and your ship will reappear in its place. Managing the screen acceleration and teleportation at the same time will melt your mind the first couple of tries. You’ll need to get used to it; after all, these are only baby steps in comparison to what’s to come.

Eventually, you’ll unlock long-form teleportation which lets you drop a limited amount of spawn points you can return to at any time. This becomes necessary as stages soon turn into mazes with areas that only unlock through multiple treks through a section. Later maps are full of colored lasers locking you out of an area. The only way to get rid of a laser wall is to destroy its generators, spread across the stage, in order. You may find the first generator near the end of the map, the second in the middle, and the third in the end. So careful use of dropping spawn points is key. Luckily, the game suggests ideal spawn drops to the player by flashing blue across the screen. 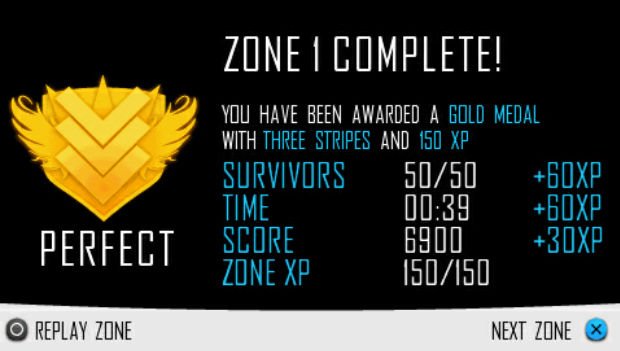 For a game about finding the perfect shortcut, FuturLab has ironically taken a couple itself. Each of the 50 stages share most of the same textures, music, and enemies, making for a rather monotonous experience. Given how exhausting the game can be, it doesn’t help that the audio and visuals only add to the repetition. The charm of the recycled Amiga-esque graphics and music that sounds like it came from a Windows 98 key cracker soon wears off its welcome.

Though Velocity lacks polish, it’s clearly a labor of love. The game offers a wealth of unlockable content: documents that give background on the story, concept art, insanely difficult challenge stages, random two-player mini-games, and Minesweeper, to name a few.

If you haven’t figured it out by now, Velocity is as much a puzzle game as it is a shooter. If you are up for a challenge for your trigger finger as well as your brain, you may be surprised by how original, wild, and intense a game it is. Though there are better looking and more accessible indie puzzlers to play, there are few that will leave you as bewildered and addicted through its alien concepts. What Velocity lacks in scope and variety, it makes up for in originality.